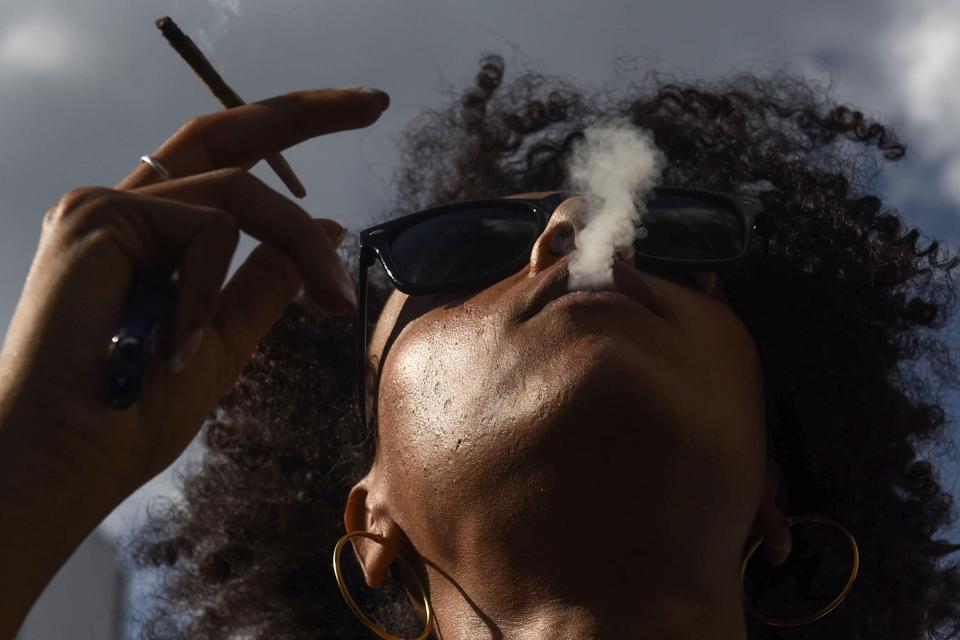 On Monday, after Governor Phil Murphy signed three bills, New Jersey became the thirteenth US state to legalize cannabis for adult use.

The legalization of marijuana in densely populated New Jersey is expected to encourage other East Coast states like New York and Pennsylvania to follow suit, which in turn could put pressure on federal lawmakers. Congress to end the country’s century-long weed war.

However, it is still illegal for adults to grow their own marijuana at home in New Jersey, regardless of the amount.

And it can take up to a year for cannabis products intended for adults to be available for purchase at commercial dispensaries across the state – meaning illicit market business (or travel in Massachusetts dispensaries) will continue in the meantime.

On Monday, Murphy – who, taking office three years ago, very sadly promised to legalize marijuana in his first 100 days on the job –sign three bills.

A bill, A1897, eliminates civil and criminal penalties for adults possessing up to six ounces of marijuana (and 170 grams of cannabis concentrates). It also reduces criminal penalties for possessing or selling larger amounts of cannabis. Sales, in general, are still illegal, and smoking in public or consuming cannabis is prohibited in some other places, mainly where young people may be present.

But since the law also says that police cannot use the smell of marijuana as a pretext for a search, it is believed that this law will remove police from most situations involving marijuana.

“With Governor Murphy’s signature, the decades-long practice of racist marijuana crackdown will begin to recede, in a change that underscores the urgency of building the fairest possible framework for the legalization of cannabis,” said Amol Sinha , executive director of American Civil Liberties. Union of New Jersey, one of the advocacy groups that pushed the ballot initiative and helped negotiate the bills signed on Monday.

He added: “This is a new beginning – and the culmination of years of advocacy – and we have to keep in mind that this is just the beginning.”

A second bill, S21, declares for-profit sales and business cultivation to be legal, but subject to strict state rules and taxation.

Adults cannot buy more than one ounce at a time. And all income from an excise tax imposed on growers as well as 70% of sales taxes will go to communities

And unless they’re already buying cannabis from the state’s medical marijuana system, they won’t be able to buy it at all until adult dispensaries open in New Jersey.

When does this happen? The laws don’t say it, and neither does Murphy. It all depends on how quickly lawmakers and policymakers move now, but some sources in the state capital have said it could take up to a year.

The first stores that sell to adults are likely to be some of the 13 existing “alternative treatment centers” that currently serve medical marijuana patients.

Jason Wild, who chairs the board of TerrAscend, which owns an existing dispensary and is opening two more, called Monday’s events “very important.”

“It’s been a very long journey,” he says. “It’s been a long journey since we applied, but we’re super motivated. We are starting to see results, instead of just spending a lot of money without any income. “

Murphy’s signing ended a bizarre and confusing standoff in which New Jersey voters amended the state’s constitution to legalize cannabis, while leaving all laws banning the plant in the law books. This allowed the police to continue to make arrests for possession of small marijuana, in a state that had “legalized” what the police did: at least 6,000 people were arrested for “crimes” related to the marijuana in the state after legalization, as reported by NJ.com.

The constitutional amendment approved by voters was rare and relied on state lawmakers to pass “enabling legislation.” They did so in December, but Murphy refused to sign until an apparent “conflict” over penalties for young cannabis users was corrected to his satisfaction.

Supporters of legalization have had harsh words for this process, which they hope will not be a precedent for other states.

“While we are happy to see the will of New Jersey voters finally enshrined in approved legislation, it was a grotesque failure on the part of elected leaders that it took so long to do so,” Erik Altieri, Executive Director of the National Organization for the Reform of Marijuana Laws, said in a statement.

“Although nearly seven in ten New Jersey residents voted in favor of legalization on election day, it took lawmakers 111 days after that vote to reach consensus to enact enabling legislation,” he said. he adds. “During this unreasonable delay, more than 6,000 citizens were charged with activities that most New Jersey residents were calling for legalization. We hope lawmakers and regulators in the future will enforce these laws with a renewed sense of urgency.

And New Jersey’s legalization law is also inadequate when it comes to “restorative justice”. There is no automatic or guaranteed erasure of past cannabis-related crimes from individuals’ criminal records. Workplaces can still test employees or candidates. And there is no 100% guarantee that law enforcement will stop controlling cannabis altogether.

Exceptions apply, and it will be some time before things “feel” legalized the way they do in California or Colorado. Always! New Jersey eventually legalized marijuana.

You can now live next door to Charles Dickens’ London home

How Sports Heals Communities: An Excerpt From ‘Fans’