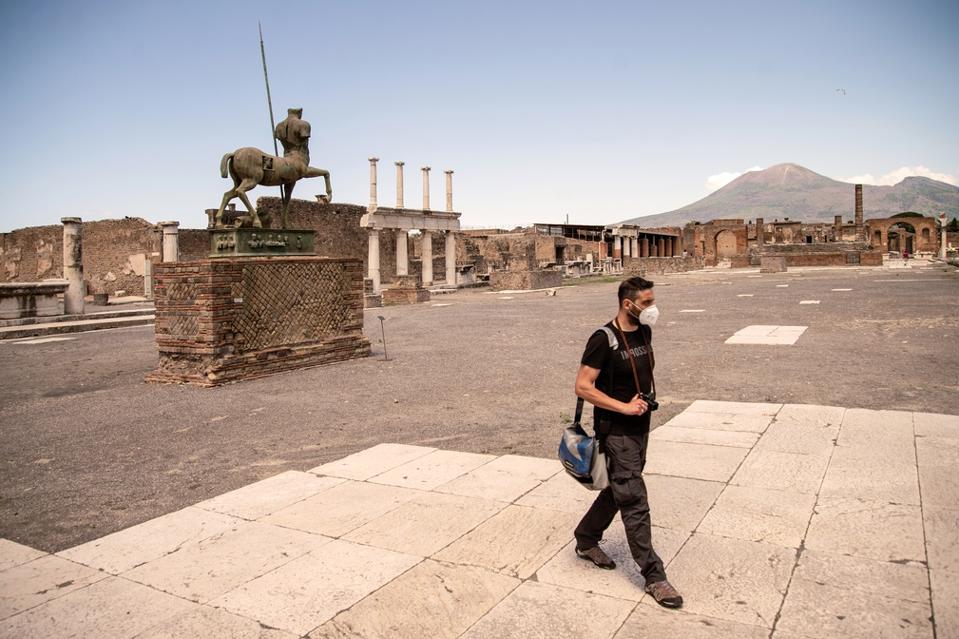 Italy’s main archaeological site, Pompeii, will soon be under the supervision of German-born archaeologist Gabriel Zuchtriegel. The 39-year-old will take charge of the ancient Roman city which was devastated by the eruption of Vesuvius in 79 AD. Zuchtriegel plans to shake things up with cutting edge technology, but the innovative approaches haven’t appealed to everyone.

Beating 43 other candidates, Zuchtriegel was announced on Saturday as the new director of Pompeii, one of the most important archaeological sites in the world. Zuchtriegel was born in Germany but has had dual Italian nationality since 2020. He holds a doctorate. in Classical Archeology from the University of Bonn and previously managed the site of the Greek Italian temple of Paestum. When announcing the new appointment, Culture Minister Dario Franceschini said: “I chose Gabriel Zuchtriegel because he did an incredible job at Paestum. Now he is a model thanks to him. I’m sure he will do very well in Pompeii too. ”

The archaeologist will now assume the four-year post of Director of the Archaeological Park of Pompeii, succeeding Massimo Osanna who will become Director General of the State Museums of Italy. “This is the dream of my life and a great responsibility,” Zuchtriegel said. “Pompeii is special not only for its invaluable archaeological heritage, but also for the team of professionals and employees who work on the site with great commitment and skill.”

Despite Franceschini’s praise, the management methods proposed by Zuchtriegel have ruffled feathers. The new director of Pompeii intends to use drones, satellites and infrared sensors to help with site supervision. Such an approach seems to have alarmed two members of the site’s scientific committee. The temperature reports that Irene Bragantini, a 73-year-old Neapolitan archaeologist, and Stefano De Caro, a 70-year-old former official in the Italian Ministry of Culture, have resigned their positions on the committee in protest.

Despite these oppositions, Zuchtriegel’s new approach might be just what the site needs. Italy has been striving to reinvigorate its cultural sector with foreign talent since 2015. In fact, Zuchtriegel’s appointment to Paestum was part of this surge of new ideas and management.

Pompeii has not always had a good record in terms of conservation. Poor management and deterioration due to lack of maintenance previously risked the withdrawal of EU funding for the site.

However, the outgoing director of the site, Osanna, has been impressed by the groundbreaking findings unveiled under his leadership, and Zuchtriegel hopes to keep that momentum going. Recently, remains of an incredibly well-preserved tavern have been discovered. Lively animated frescoes adorn the counter inside, and food scraps have been found in earthenware bowls.

Why RV Travel is Here to Stay: An Interview with RVshare CEO