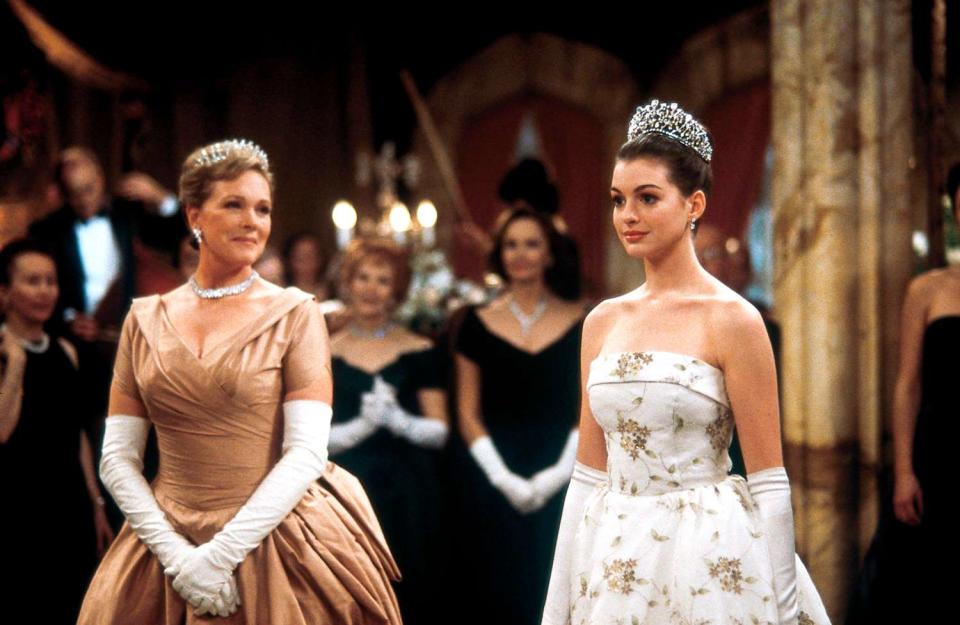 The Princess of Genovia is back!

A person with knowledge of the project told IndieWire that a third “Princess Diaries” movie is currently in early development. The script is being written by Aadrita Mukerji (“Supergirl”), as The Hollywood Reporter first noted. The third film will serve as a continuation of the original film series as a sequel to the 2001 and 2004 films starring Anne Hathaway and Julie Andrews.

No casting announcements have been made. Sources would not confirm whether Anne Hathaway will reprise her role, but the ‘Princess Diaries’ breakthrough star previously expressed her support for a proposed third film.

“I’d more than amuse it, I’m craving it,” Hathaway told Entertainment Tonight in October 2022. “If there’s a way to get Julie Andrews involved, I think we’d make it work. We went to where she was and put a green screen behind her and made it happen.

Hathaway played Mia Thermopolis, a San Francisco high school student who discovers that she is next in line for the throne of the fictional country of Genovia. Andrews played her grandmother, who is tasked with getting Mia fit to rule. Sandra Oh, Mandy Moore and Heather Matarazzo also starred. The beloved 2001 movie was based on Meg Cabot’s series of novels.

Hathaway reprized the role for the 2004 sequel “Princess Diaries 2: Royal Engagement” opposite Chris Pine, whom she marries. The late director Garry Marshall directed both films. The rumored plot for a third installment has long been that Mia (Hathaway) must now teach her own teenage daughter how to act like a princess.

ALSO READ  The It List: Visit a real summer camp for Santas with new 'Santa Camp' doc, Christina Applegate's 'Dead to Me' returns for third and final season, Chris Hemsworth put to the ultimate physical test in 'Limitless' and all the best in pop culture the week of Nov. 14, 2022

Original “Princess Diaries” veteran Debra Martin Chase will produce the third film. “The Other Woman” screenwriter Melissa Stack serves as an executive producer, according to THR.

Hathaway told Entertainment Weekly in 2019 (via E! Online) that “we all really want [a third movie] Hathaway added at the time: “We don’t want to do it until it’s perfect because we love it as much as you do. It’s just as important to us as it is to you and we don’t want to deliver anything until it’s done. But we are working on it.”

“Sound of Music” icon Andrews said earlier this year that it may be “too late” to revisit the franchise without director Marshall. “Many, many years ago there was talk of a sequel. But I don’t think it ever happened,” Andrews told The Hollywood Reporter. “And then Garry left us [in 2016]. Especially for me it is now too far to go back to it. It’s a nice thought, but I don’t think it would be possible.”