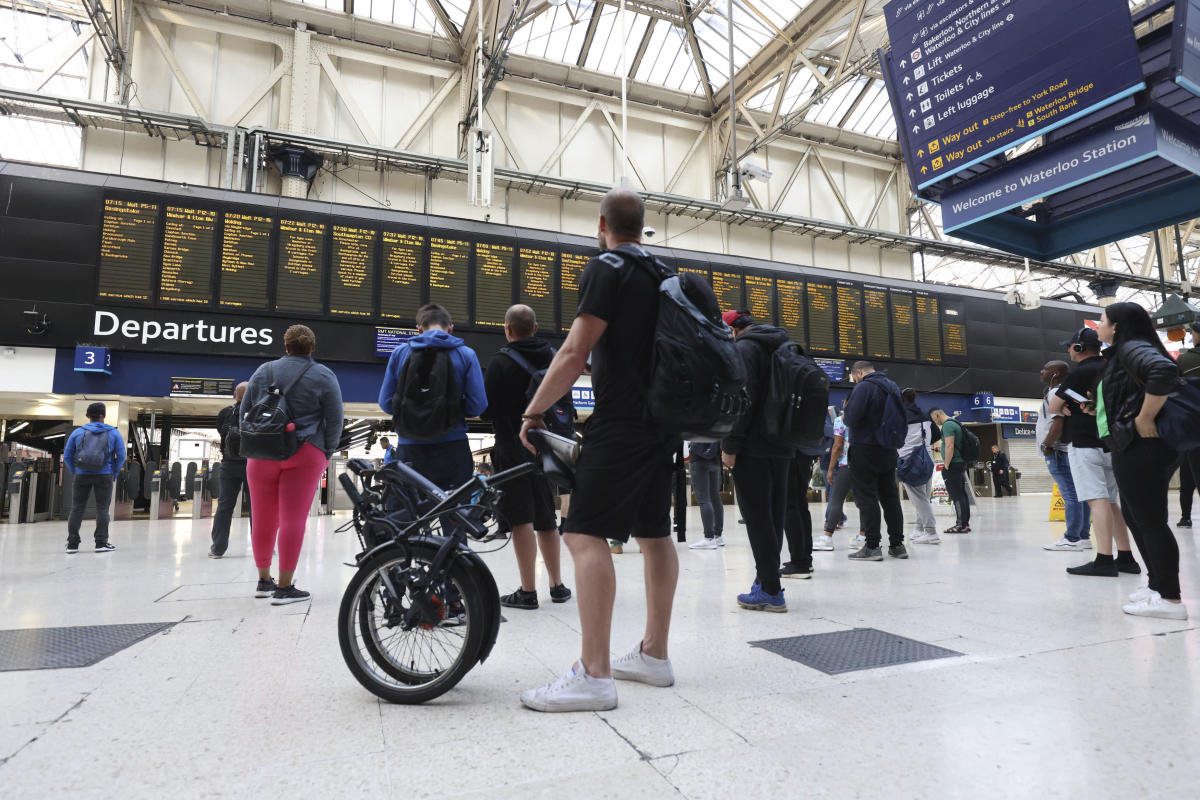 LONDON (TBEN) – Britain’s rail network came to a standstill on Wednesday after 40,000 workers laid down their jobs in a dispute over jobs, pay and working conditions. Train companies said only about a fifth of services would be operated nationwide.

The 24-hour strike by cleaners, signalmen, maintenance workers and station staff comes a month after the country’s most disruptive strike in three decades brought trains to a halt in the UK at the start of the summer break.

The dispute revolves around pay, benefits and job security, as Britain’s railways struggle to adapt to travel and commuting habits that have been changed – perhaps forever – by the coronavirus pandemic. There were nearly 1 billion train journeys in the UK in the year to March, compared to 1.7 billion in the 12 months before the pandemic, and rail companies are looking to cut costs and staff.

Negotiations have so far ended in deadlock. The National Union of Rail, Maritime and Transport Workers says employers’ latest wage offers are falling short amid rising inflation – currently 9.4% – and the worst cost of living crisis in decades.

It accuses the Conservative government of preventing train companies from making a better offer. The government says it is not directly involved in the dispute.

Mick Lynch, general secretary of the RMT, said the union will “continue to negotiate in good faith, but we will not be bullied or persuaded by anyone.”

“The government must stop its involvement in this dispute so that the railway employers can come to a negotiated settlement with us,” he said.

Transport Secretary Grant Shapps accused union leaders of “trying to cause as much disruption as possible to the daily lives of millions of hard-working people across the country.”

He said the strike was “cynically timed” to disrupt a semi-final of the European women’s football tournament in Milton Keynes, north of London, and the opening of the Commonwealth Games in Birmingham on Thursday.

The union held three one-day strikes last month, halting services across much of the country.

More strikes are planned for Saturday, when train drivers go out, and on three days in August.

Mike Tyson Shoots Hulu For Stealing His Story In New Series: ‘Heads Will Roll For This’