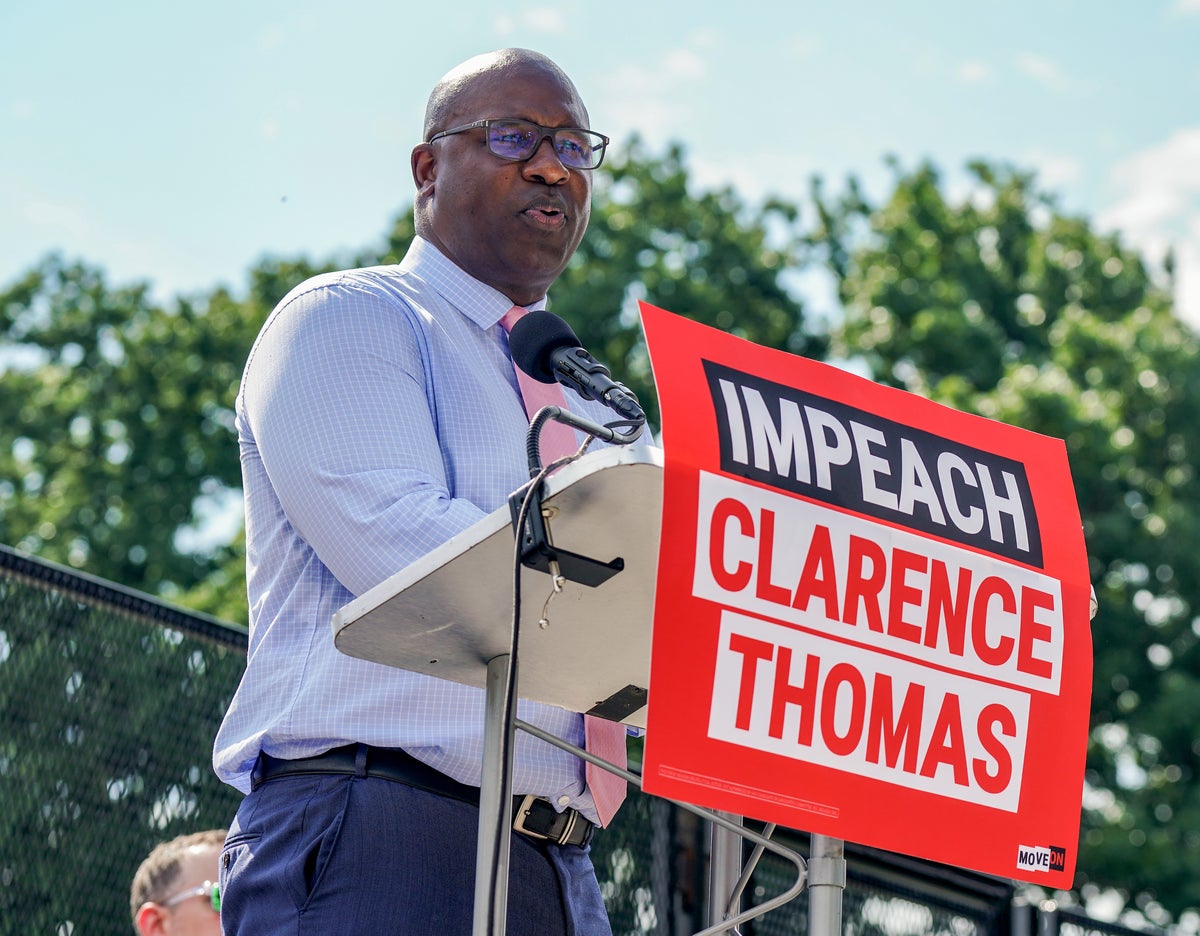 Representative Jamaal Bowman came to Nia Long’s defense after reports circulated of her partner, Boston Celtics coach Ume Udoka, who was dating someone on the staff.

The Boston Celtics suspended Mr. Udoka for the entire NBA season from 2022 to 2023 after it was reported that he was in an intimate relationship with a staff member of the team. ESPN reported.

The suspension comes just after the Celtics advanced to the NBA Finals this year but lost to the Golden State Warriors.

Many on social media pointed out how Mr Udoka is engaged to actress Nia Long, who is a Brooklyn native despite being with a Celtics coach. Several fans of Ms Long came to defend her, including Mr Bowman.

“Sending nothing but love to Nia Long,” Bowman tweeted. ‘We will not allow a man, who did not recognize the luxury of her presence, to obscure all her beauty and glory. We actually need a national holiday Nia Long!”

Many people on social media joked about the congressman firing his shot with the actress.

“go for it bro,” another person wrote.

“Ladies and gentlemen, your Kia® Wild Boy Of The Year™ for 2022,” yet another message.

Later, Mr. Bowman, who is married and a fan of the New York Knicks, responded to critics and fans by saying he wasn’t trying to flirt with Ms. Long.

“Hahaha, you’ll be hilarious,” he tweeted. “You all know it’s okay for a man to show a woman love and support without taking a chance? That’s really a thing.”

Bowman regularly posts pop culture memes, as was the case when he tweeted about Joe Manchin seeking to ease restrictions on energy projects. He used the meme about Maroon 5 singer Adam Levine who allegedly sent a woman he was allegedly having an affair with.

He also recently posted a TikTok of a raccoon coming out of a dumpster with the caption: “Wake up in America and realize you don’t have free health care, paid leave for family life, a living minimum wage, free health care, affordable housing, clean air. and water, reproductive rights, equitable voting rights, well-funded public schools…”