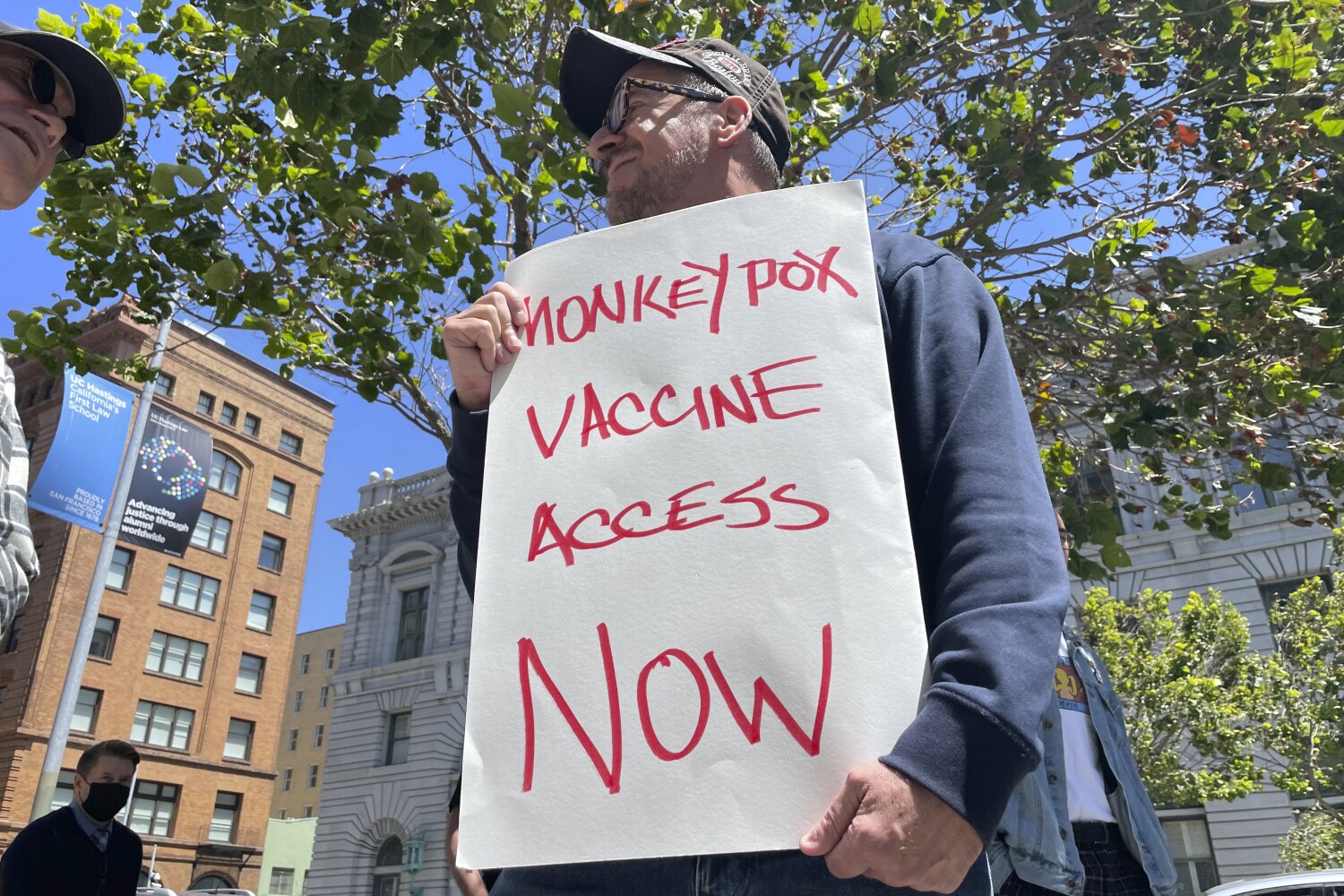 Governor Gavin Newsom on Monday declared a state of emergency in California over the spread of the monkeypox virus to “strengthen the state’s vaccination efforts.”

“California is urgently working at all levels of government to slow the spread of monkeypox, leveraging our robust testing, contact tracing and community partnerships strengthened during the pandemic to ensure those most at risk are our focus for vaccines, treatment and outreach. Newsom said in a statement.

Nearly 800 cases of monkeypox have been confirmed in California, according to the most recent data released Thursday by the California Department of Public Health.

The state reported that 98.3% of those cases were confirmed in men, the majority of whom identify as part of the LGBTQ community. The virus largely spreads among men who have sex with men, as well as among transgender and non-binary people.

The proclamation makes it easier for the state to coordinate its response to the outbreak and allows emergency personnel to administer vaccines.

Newsom’s office said California has distributed more than 25,000 doses of the vaccine out of a total of 61,000 doses received to date. The Jynneos vaccine, in particular, remains scarce across the country.

The governor’s office said more than 30 facilities and providers across the state offer treatments for monkeypox, although access to the antiviral prescription drug tecovirimat is also limited.

“We will continue to work with the federal government to obtain more vaccines, raise awareness about reducing risks and assist the LGBTQ community in the fight against stigma,” Newsom said.

The symptoms of monkeypox are similar to those of smallpox, although they are usually milder. Those infected by the virus initially have a fever, pain, swollen lymph nodes, chills, and exhaustion. Later, they develop a rash, usually starting on the face and then spreading, turning into pus-filled sores before falling off.