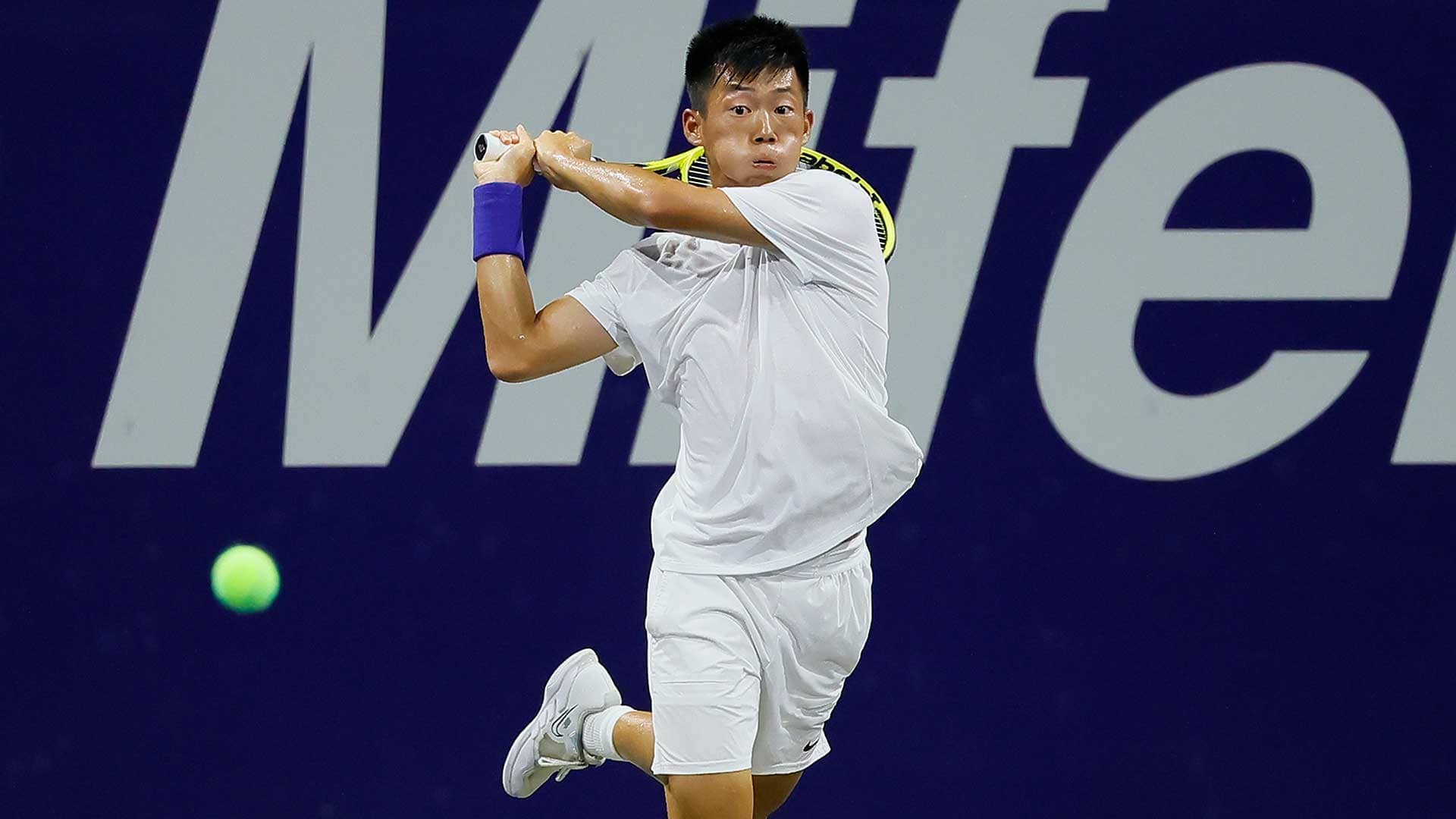 #NextGenATP star Chun-hsin Tseng On Monday, he took his third tour-level win of the season, passing American qualifier Nick Chappell 6-4, 6-4 and reaching the second round at the Abierto de Tenis Mifel in Los Cabos.

The 20-year-old produced a strong serving performance as he quickly found his range on his debut at the ATP 250 event. Chinese Taipei’s Tseng won 84 percent (27/32) of points behind his first delivery, while not getting a break point to continue after one hour and 31 minutes.

Tseng, who is ranked number 81 in the Pepperstone ATP Live Rankings, will then play against third-seeded Cameron Norrie. The Briton won the title in Mexico last season.

Earlier this season, Tseng won the ATP Challenger Tour trophies in Bangalore and Murcia before making his Roland Garros debut after coming through qualifying. The 20-year-old currently sits eighth in the Pepperstone ATP Race To Milan as he aims to qualify for the Intesa Sanpaolo Next Gen ATP Finals for the first time.

Purcell, who advanced to the second round on grass in Newport last month, will face #NextGenATP American Brandon Nakashima or qualifier Kaichi Uchida in the second round.

Lithuanian Ricardas Berankis took revenge on Quentin Halys and came 7-6(1), 7-5 in one hour and 52 minutes. Berankis, who lost to Halys in Pune in January at their only previous ATP Head2Head meeting, will then face Facundo Bagnis or Ernesto Escobedo.

Australian qualifier Rinky Hijikata arranged a second round meeting against world No. 1 Daniil Medvedev after Mexican wildcard Rodrigo Pacheco Mendez was forced to retire. Hijikata, 21, was leading 6-3, 4-0 when the game was stopped.