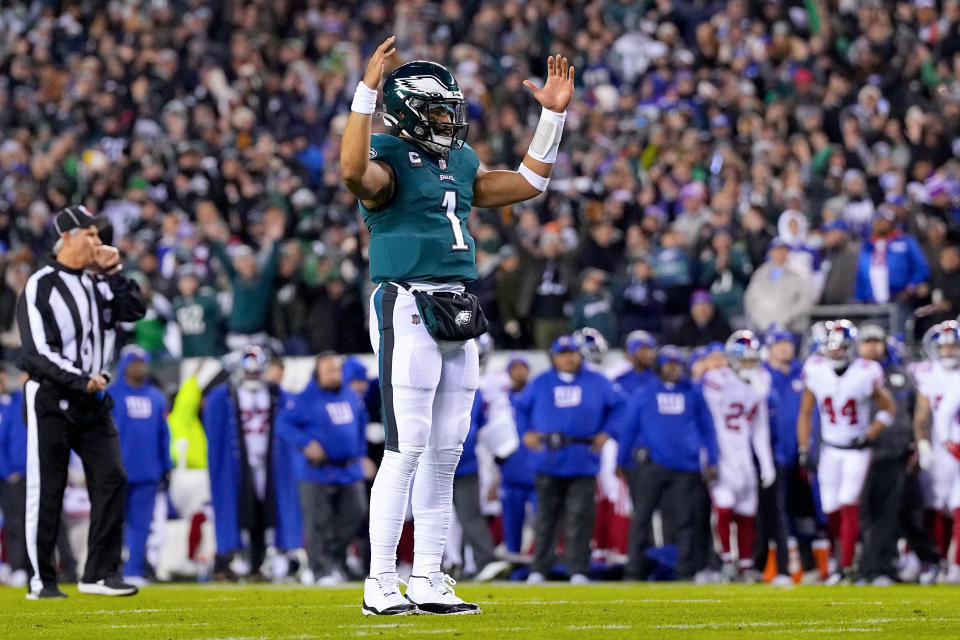 Jalen Hurts and the Philadelphia Eagles looked like the best team in the NFL for much of the season. Hurts’ December injury led to some choppy waters, but the Eagles still secured the No. 1 seed in the NFC.

And they looked like a deserving top seed by all accounts with their dominant 38-7 victory over the rival New York Giants on Saturday in the divisional playoffs in Philadelphia.

Looking healthy and sharp, Hurts helped Philly pull out early and advance to the team’s first NFC championship game since winning the Super Bowl at the end of the 2017 season.

Which companies are driving advances in natural language processing? Moving...