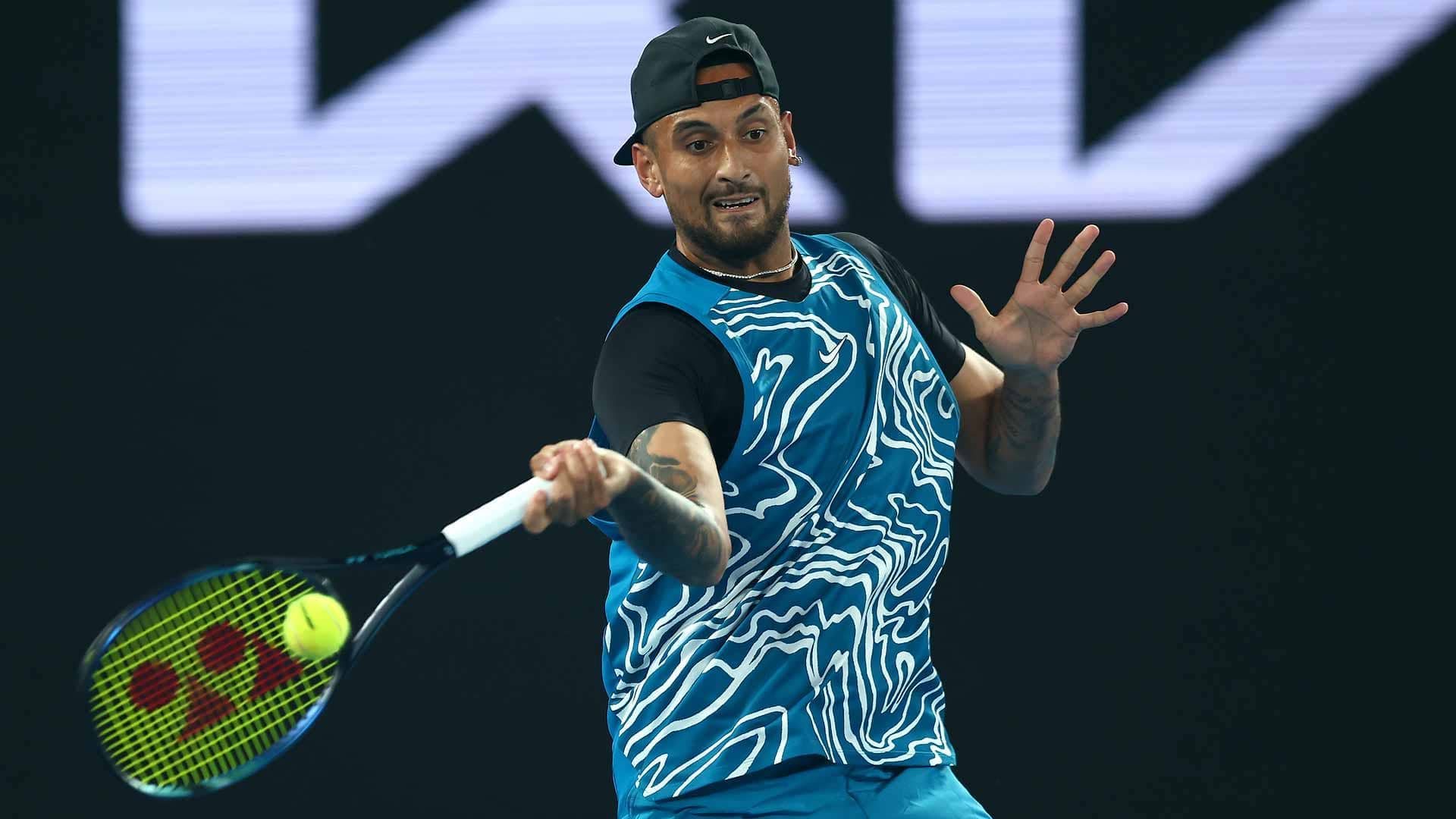 As one of the most naturally gifted players on the Tour, Nick Kyrgios is used to high expectations.

For the highest-ranked Australian in the Pepperstone ATP Rankings, that ability to handle pressure is nowhere more in demand than at the Australian Open. His impressive 2022 season may have even raised expectations for the 27-year-old this year, but Kyrgios is savoring the moment as he prepares for his 10th main draw in Melbourne.

“I think everyone wants to achieve a position in their sport or their profession, [to] be one of the best and cherish that anticipation and pressure,” Kyrgios said on Saturday, the day after entertaining a packed house at Rod Laver Arena in a charity match against Novak Djokovic. “It’s a privilege to go out and feel Australia want me to win and be one of the favourites. It’s a good feeling.”

Thanks for a great night! #AusOpen pic.twitter.com/TxzfI2cAA0

Kyrgios has had some exciting runs in his home tournament since his main draw debut in 2014. He reached the quarterfinals in 2015 and the fourth round in 2018 and 2020, and won the men’s doubles title in 2022 alongside close friend Thanasi Kokkinakis. Still, he admitted that there are pros and cons to the extra attention home play brings.

ALSO READ  Novak Djokovic: 'I have no intention of stopping here' | TBEN | Tennis

“I may have walked into the Australian Open like a wild card here eight, nine years ago,” said Kyrgios, whose campaign for the 2022 Australian Open is the subject of Episode 1 of Netflix’s new documentary series. Breakpoint. “Now to see how my career has developed, to get to a point where everyone expects me to win and go far, that’s a good feeling.

“But there is also a lot of stress. I see it everywhere, on social media, everyone is talking about it. What do you think of the Australian Open? You are one of the favorites. It’s hard to just focus on what I need to do.

Despite those added challenges, Kyrgios arrives at Melbourne Park for the first time this year knowing what it takes to reach a Grand Slam final. He moved on to his first major championship match at Wimbledon last July, an experience the 27-year-old believes can help prepare him mentally and physically for what’s to come in Melbourne.

“It was just a special moment,” Kyrgios said of his Wimbledon run. “Just more relief than anything. Of course you hear the noise from outside every day, every tournament. “He can’t put it in a Grand Slam, he can’t do this, he can’t do that.”

“I always believed my level was there, but to be able to do it consistently was always the problem. I think it kind of showed me how stressful it is going to a Slam final, dealing with the outside noise, media obligations, balancing on the court and recovery off the court.

“These guys who have won multiple Grand Slams are just animals, not just physically, but mentally as well.”

When Kyrgios takes the field on Tuesday to face world No. 98 Roman Safiullin, it will be the Australian’s first singles match since reaching the quarter-finals in Tokyo in October. Just over two weeks ago, injury forced him to pull out of Team Australia’s line-up for the inaugural United Cup, but the striking Australian is untroubled by his relative lack of recent games.

“I’ve always been a player who doesn’t need too many games,” said Kyrgios. “I played 12 to 13 events last year. It felt like that was a lot of tennis. I will always have to keep that in mind.