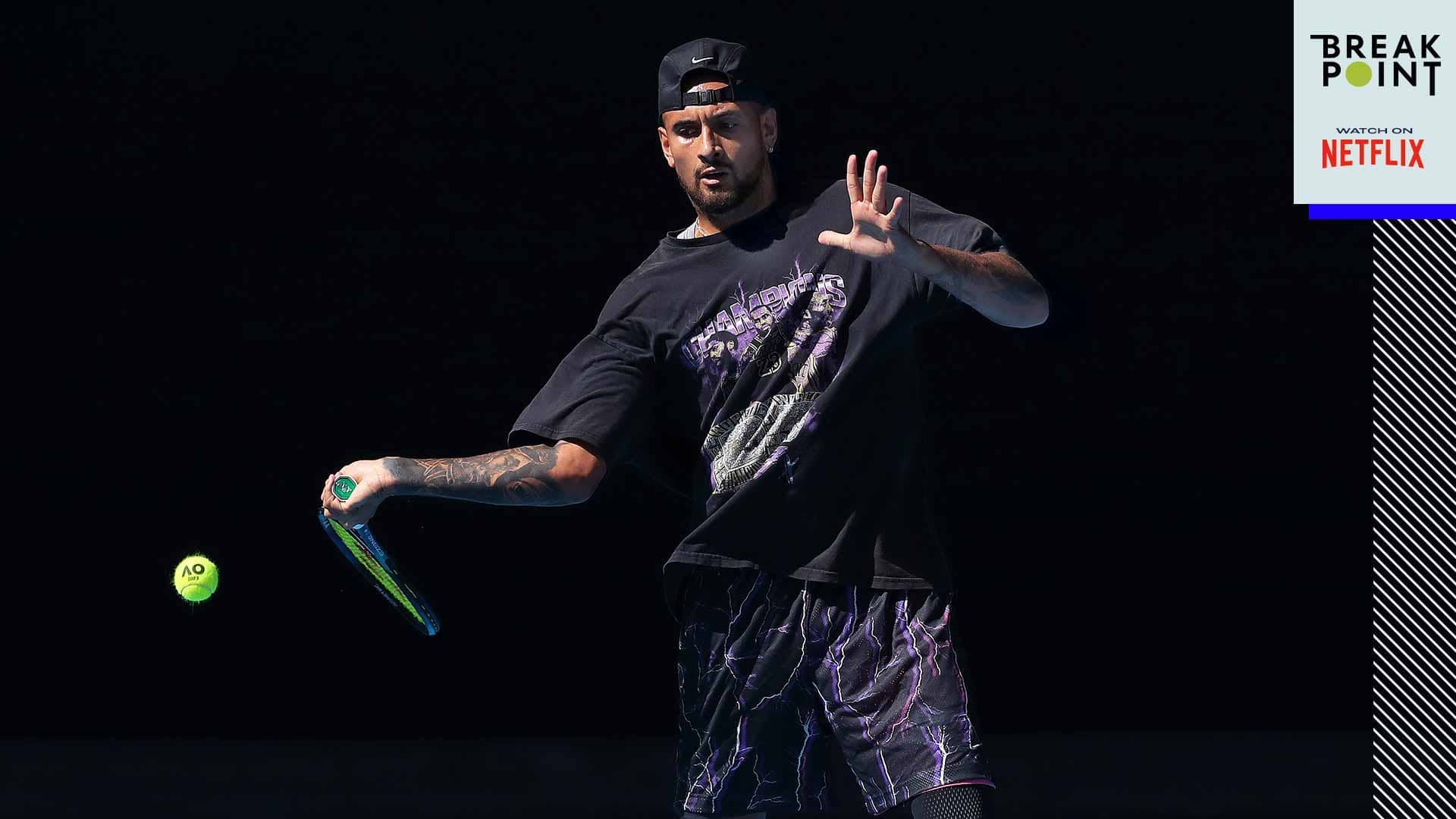 When fans tuned in Breakpoint – Netflix’s groundbreaking new tennis series – for the first time since its release on Friday, they were greeted with an opening episode starring Nick Kyrgios.

The first installment followed the 27-year-old’s progress at the 2022 Australian Open, focusing on his dramatic run to the doubles title alongside Thanasi Kokkinakis. Speaking of the Netflix series ahead of this year’s Australian Open, Kyrgios hopes and believes the show will be a success.

“It’s a huge opportunity for my brand to come out,” Kyrgios said when asked about the series. “It’s just so important for tennis. I think we have so many great personalities, so many young personalities and so many colorful athletes. Frances, Alcaraz, Taylor Fritz, these guys are great tennis players and great people too.

“I think when the big three kind of settle down and eventually retire, it’s so important that these guys are seen worldwide. Tennis is one of the most global sports in the world. We need it to be successful.”

You May Also Like: Ruud Neared Breaking Point by Roland Garros Practice Snub

Kyrgios will set home hopes at the Australian Open in the next two weeks and will begin his campaign against Roman Safiullin. With his focus on the first major of the season, the world number 21 admitted he has yet to watch Breakpoint.

However, Kyrgios looks forward to tuning in in the coming weeks and admits he was proud to be a part of the series.

“I am definitely a nice boy who grew up in a very quiet kind of town with my family. It’s obviously pretty cool to see how far I’ve come,” said Kyrgios. “But I think also the later episodes, where I follow Wimbledon, things like that, will be super exciting.

“I’m just happy that tennis is back on the map. I think it’s one of the main talking points, one of the biggest sports right now, obviously with the Netflix documentary dropping.”