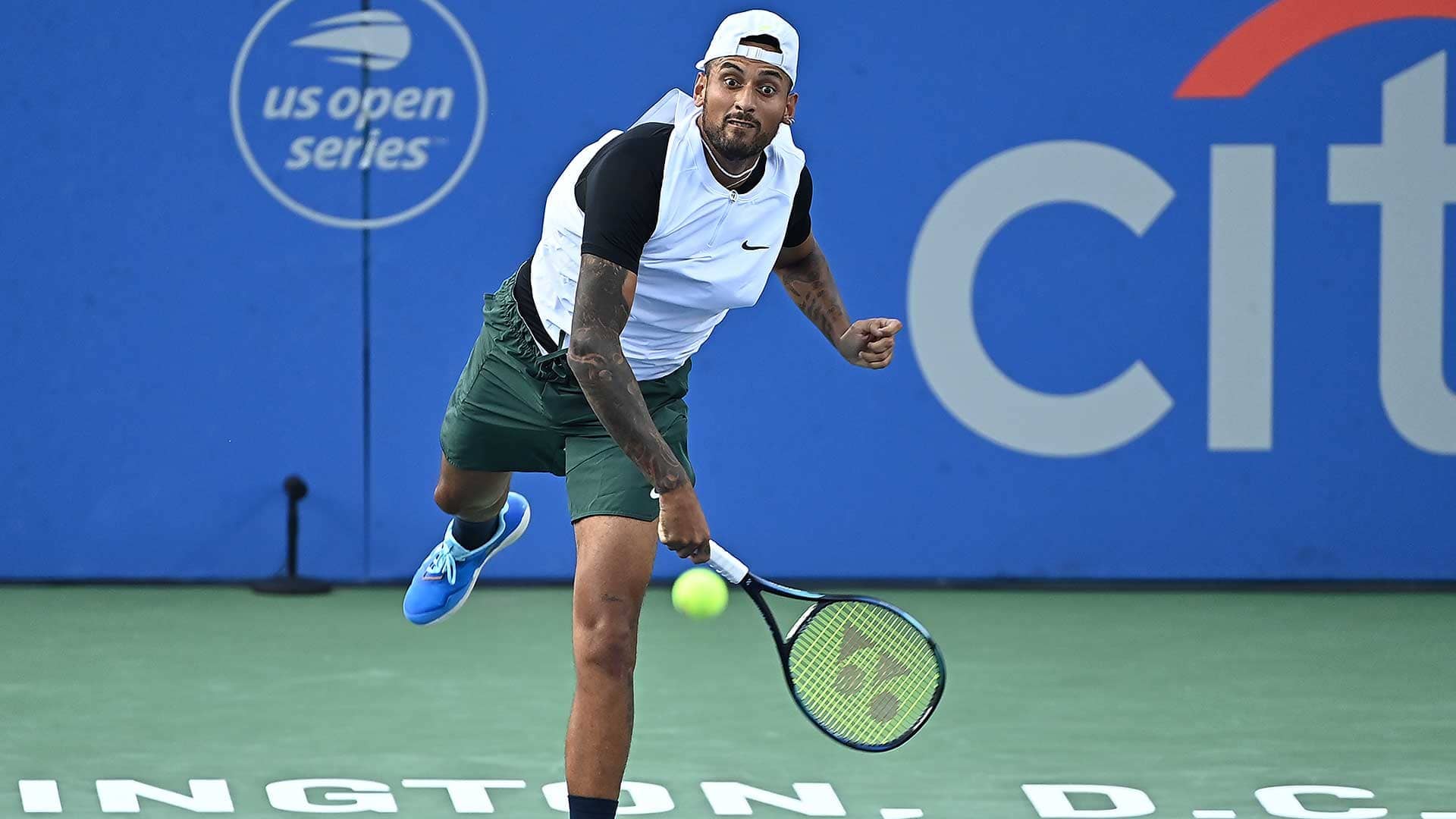 With a little help from the crowd, Nick Kyrgios kicked off his Citi Open campaign with a win on Tuesday, beating Marcos Giron in straight sets.

The Australian took the trophy in Washington 2019 and during that run he regularly asked fans where to serve at match point, and the entertaining strategy proved effective.

Three years later and in front of a packed crowd at the ATP 500 event, the 27-year-old was again engaged with a front row supporter at the match point to help him get the job done against Giron.

“In 2019 I just did that at match point, just asking someone in the crowd. I think it’s a cool experience for someone who got paid to watch you play and possibly go home with that memory,” Kyrgios said at his post-match press conference.

“If it’s a young kid or an older lady like today, I think that’s pretty cool. I wish I had that experience when I watched tennis matches.”

“Where do you want me to serve it?”

Kyrgios entered singles for the first time since he enjoyed his first Grand Slam final at Wimbledon last month.

The world number 63, who lost in the first round in Washington last year, admitted he was happy with his return to the Tour and believes his tennis is in better shape compared to 12 months ago.

“Today I just came out pretty nervous. Of course I had won this tournament before, but I wanted to make sure I put in a really good performance this year,” Kyrgios said. “I trained very hard. I just feel like I’m in such a better place with my tennis. Mentally too. That’s what I wanted to show the fans.

“Last year was a really bad performance from me. I just wanted to make sure I came out and gave them a good show, just to redeem myself. Just looking around in the crowd, [it is] such a great tournament.”

Kyrgios now has a 22-7 season record and will try to improve that when he plays Tommy Paul in the second round.