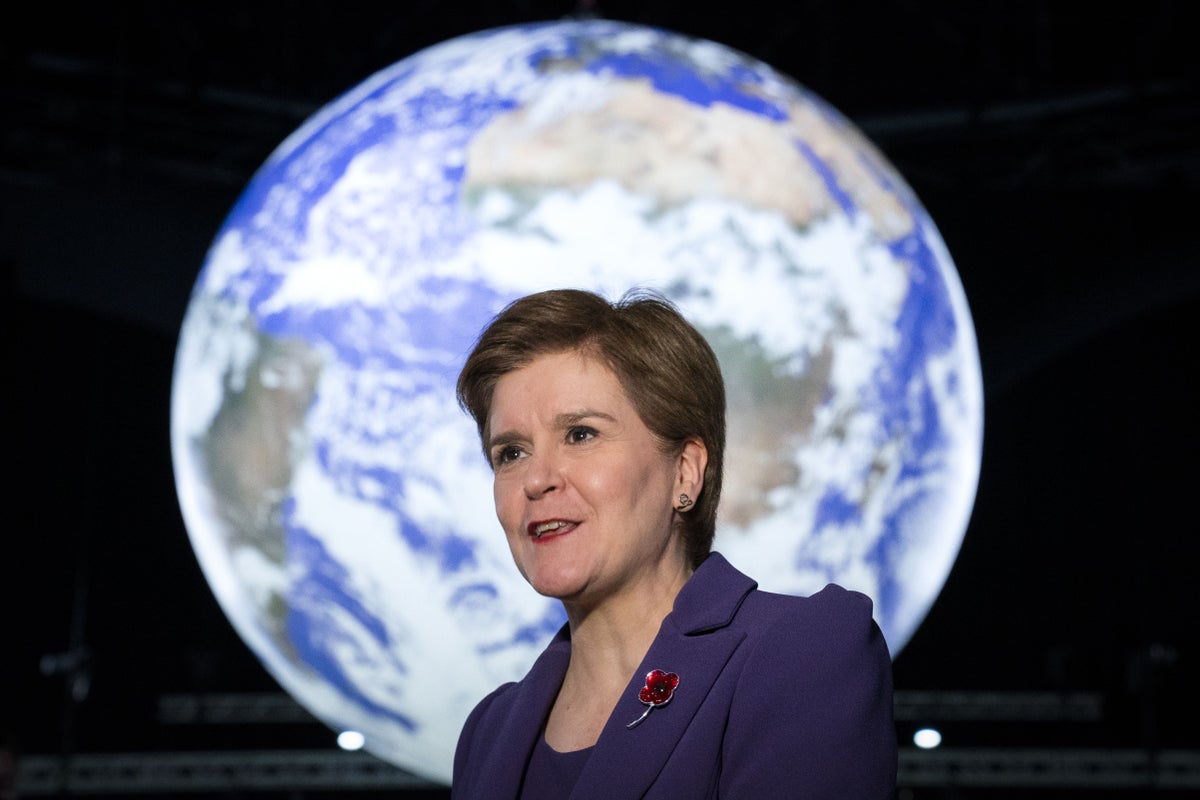 Scotland’s first minister, Nicola Sturgeon, has said there is an “obligation” to provide funding to vulnerable countries affected by the climate crisis.

The Scottish leader spoke to TBEN in Sharm el-Sheikh at the Cop27 global climate summit that kicked off this weekend.

“Loss and damage” refers to the irreparable devastation a country is suffering from the effects of the climate crisis.

Poorer countries, mostly in the South, already experiencing devastating extremes, have driven demand for richer countries, who have built their economies on fossil fuels, to offset the effects of their carbon footprint.

On Sunday, loss and damage was officially put on the Cop agenda for the first time.

The issue remains highly controversial as the United States and the European Union have long hesitated to engage in discussions of loss and damage for fear of legal liability and damages.

“I think what’s important here [at Cop27] is that we are finding common ground and making progress towards serious funding,” Ms Sturgeon told TBENnoting that countries that have done the least to cause climate change can also afford the least to deal with the consequences.

“Countries in the north of the world that have caused climate change and have the most access to resources have a duty to act,” she said.

“There is a lot of sensitivity around the language of liability and obligation. My opinion is that there is an obligation.

“But if we can kind of put that aside and focus on the substantive issue of what needs to be done now.”

The Scottish leader will make a further financial commitment for losses and damages at Cop27. At Cop26, organized in Glasgow by the UK government, Scotland was the first country to commit money for loss and damage, £2 million ($2.1 million), with Sturgeon recognizing Scotland’s role in the climate crisis.

“We made a conscious decision to defend that at the Glasgow Cop,” she said.

“We made our own funding commitment, small in the global context but symbolically important, and we’ve seen others follow suit since then.

“And I think it’s very important now that the opportunity has been seized. There are many strong views on the matter and that is important.”

The pledge led to more donations with a loss and damage fund now approaching $20 million.

MS Sturgeon also said she welcomed Rishi Sunak’s turnaround in attending Cop27. “I think it’s the right decision. I welcome the comments he has made on entering this agent, and I want to work with him to ensure that the UK as a whole goes one step further and plays its part.”

At Monday’s summit, Mr Sunak said: “The world came together in Glasgow with one last chance to create a plan that would limit global temperature rise to 1.5 degrees. Today’s question is: can we summon the collective will to deliver on those promises?

“I believe we can do it. By delivering on the promises we made in Glasgow, we can turn our fight against climate change into a global mission for new jobs and clean growth.

“And we can leave our children a greener planet and a more prosperous future. That is a legacy we can be proud of.”

Mr Sunak’s visit comes after the embarrassing turnaround where he initially planned to skip Cop27 – to focus on “domestic” priorities – and after No. 10, King Charles was banned from participating.

He has also sent Alok Sharma, the respected Cop26 president, into exile, removing him from both his cabinet and government.

And the UK’s plans to dramatically expand North Sea oil and gas production are in the firing line, with Joe Biden’s climate envoy, John Kerry, warning of new licenses.

Ms Sturgeon said: “I think there is a bit of confusion about the UK’s position on climate change which is a shame after Glasgow and the very good work Alok Sharma has done. I am a great admirer of what he has done in the UK [Cop] presidency.

“I think there is a need for Rishi Sunak to really refocus the UK agenda, vision and policy. It is right to talk about the UK as a green superpower. That is certainly my ambition for Scotland.”