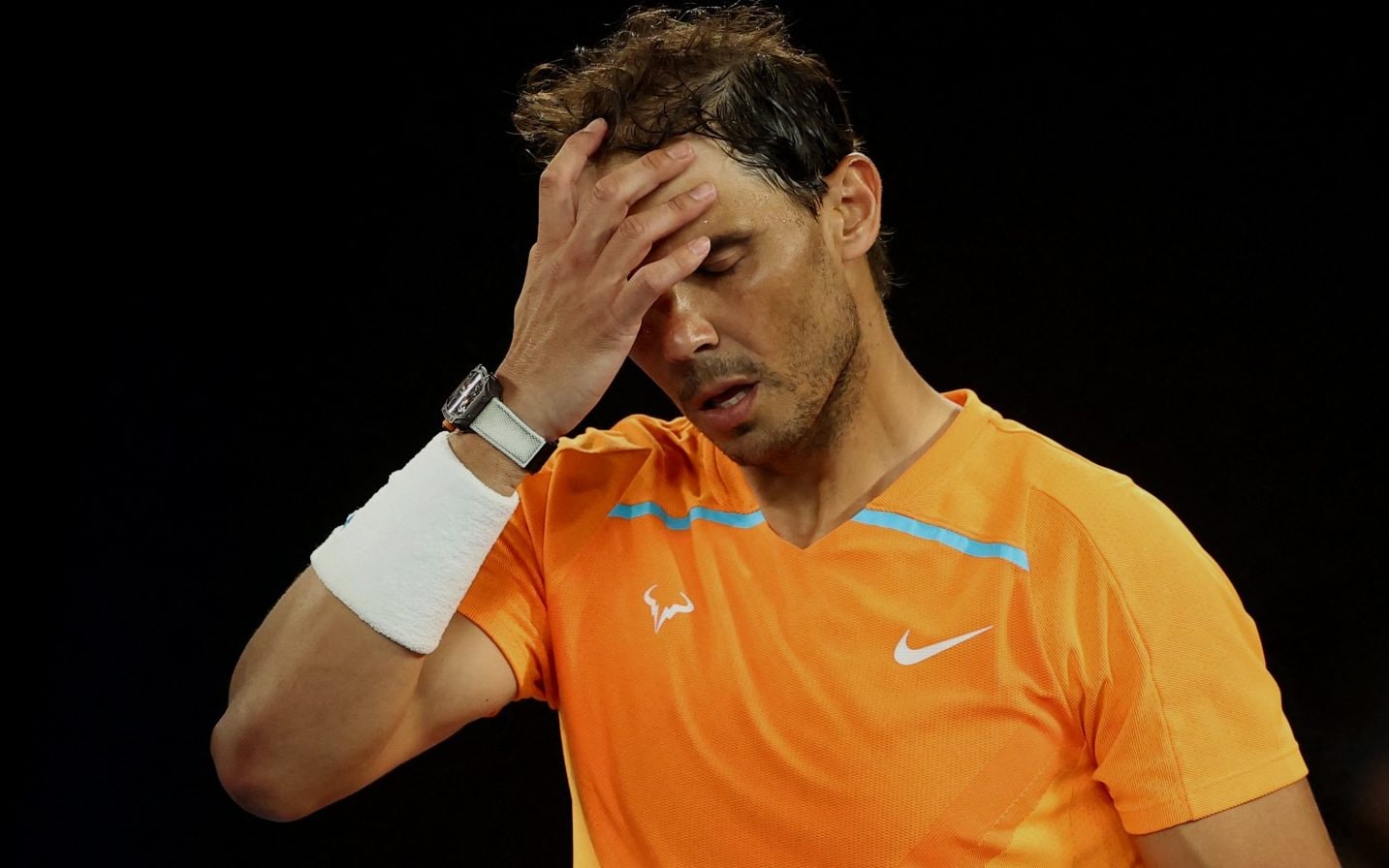 Could this succession of injuries drive Nadal out of the game? “It wasn’t the right time to have something like that now,” he said. “Sometimes it is frustrating. Sometimes it’s hard to accept. Sometimes you feel super tired of all this stuff in terms of injuries.

“Yes, I can’t lie, say life is great and stay positive and keep fighting. Not now. It’s a tough day, and you have to accept that and move on.

“I really hope so [the injury] don’t put me out of court for a long time because then it’s hard to redo all the recovery. It’s all the work you have to do to get back to a decent level. I’ve been through this process too many times in my career and I’m ready to move on, I think, but it’s definitely not easy.”

ALSO READ  England v Scotland, Six Nations 2023: What time is kick-off and what TV channel is it on?

From the organizers’ perspective, Nadal’s early departure is just the latest blow to an event that has already lost countless stars, including the “Netflix five”: Carlos Alcaraz, Paula Badosa, Ajla Tomljanovic, Nick Kyrgios and Matteo Berrettini.

For Nadal, it also extends his atrocious form since the US Open in September to seven losses in nine games. But his tennis will not be his immediate priority. He will need to assess the damage and create a rehabilitation schedule that can set him on course for a serious tilt on the gravel swing he has dominated for so many years. Nadal’s departure will also be welcome news for other seeds in his section of the draw, including last year’s runner-up Frances Tiafoe and Daniil Medvedev.

Meanwhile, the Australian Open is behind schedule. Extreme heat forced players off the outside courts on Tuesday and continued rain continued the interruptions.

Henman: This is a nightmare injury

Tim Henman described the scenes as “a sad sight” and said Nadal’s discomfort looked like a “nightmare injury”.

“Mackenzie McDonald deserves a lot of credit for being on that baseline and being the one to dictate, which was kind of the result,” Henman said on Eurosport. “It was awful to watch – we’ve seen Nadal suffer so many injuries throughout his career, but on this stage after his performance 12 months ago, to suddenly stop… When he stopped so sharply, we thought writing to the was going. wall, but McDonald still had to keep his focus and at the end of the day he deserved his win.

“It’s one of those nightmare injuries. The game is physical for everyone and movement is important, but if you get that sharp pain, it’s not good news because you think you’ve pulled something. We were watching and thought, this doesn’t look good. It’s a sad sight.”

The Bharat Express News - February 5, 2023 0
With Valentine's Day just around the corner, now is the time to pick up something special for loved ones, be they life partners or...