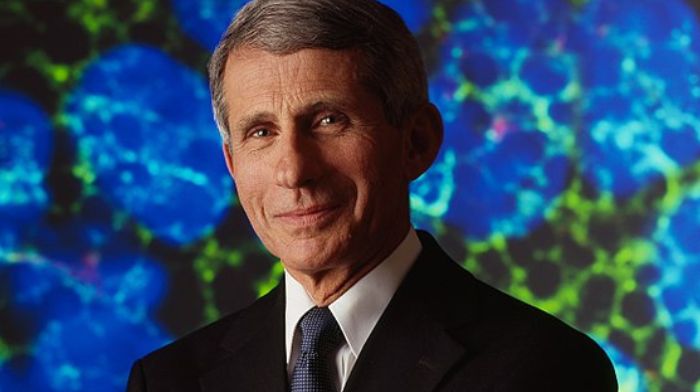 By Casey Harper (The Center Square)

Congress’s recent $1.7 trillion omnibus spending bill increased the budget for funding medical research at the National Institutes of Health to nearly $50 billion in 2023 alone. A closer look at the agency reveals that NIH is increasingly spending its time and money on equality and LGBT issues, as well as “systemic racism and inequality.”

The National Institutes of Health has spent millions of taxpayer dollars on these issues for their research, taxpayer dollars that have not gone to the primary research goal of the Federal Health Service, which is to find cures and medical treatments.

“The fact that NIH is doing this is very concerning,” said Mike Gonzalez, an expert on racial issues at the Heritage Foundation. “This is actually a danger now, the fact that it’s coming into medicine because these are life and death issues, and if we’re going to make these decisions based on these hocus pocus ideas of [Diversity, Equity, and Inclusion] to satisfy a virtue that indicates that our government appears to be completely imbued at the moment, we are going to endanger human lives.

This kind of attention is partly because the National Institute on Minority Health and Health Disparities was upgraded from a center to an institute during the Obama administration. Racial disparities exist in certain health conditions, but the research grants awarded by NIH go beyond those standard health conditions.

In 2020, in addition to the list of diseases, the agency created a new category for research called “social determinants of health,” one of several funding tools for this type of grant.

For example, the NIH funded a $1.2 million grant to find evidence that racism is the cause of poor sleep in minority communities. The studies are based on the hypothesis that sleep health inequality in the black community is “partly explained by experiences of interpersonal racial discrimination”.

“The central hypothesis is that the use of lethal force by police against unarmed black Americans leads to unhealthy sleep among other black Americans in the general US population,” reads the grant abstract in the NIH database.

The NIH is the nation’s self-proclaimed “medical research agency, making important discoveries that improve health and save lives.”

“This idea that the way to deal with the differences we have is not by addressing the root causes, but by addressing the outcomes, is bizarre,” Gonazalez said. “Equality has become the functional opposite of equality. It just means that we are going to treat people differently based on their race to influence the results.”

NIH also awarded $232,500 in 2015 and $193,750 in 2016 to the University of California, San Diego to develop an interactive and customized text messaging system to encourage Latino men to exercise.

For NIH, any kind of inequality could ultimately warrant more taxpayers’ money for racially appropriate research. The same goes for LGBT issues.

The study promised to “examine the process by which MSM use smartphone applications to find sexual partners (i.e., who they search for, how they present themselves, how they communicate, the degree of safer sex negotiation and disclosure)” as well as ” examining the sexual and emotional states (e.g., more/less urgency, arousal, impulsivity)” experienced by the men using the apps to see how this affects sexually risky behavior.

ALSO READ  The US promised the Cherokee Nation a seat in Congress in a treaty that fueled the Trail of Tears. 188 years later, the Cherokee say lawmakers can finally deliver on that promise.

That kind of research has continued, including a 2023 grant awarding $614,775 to study an “HIV prevention intervention in a widely used geosocial app for Chinese people.” [men who have sex with men].” The money would be used to prevent the spread of HIV in China through outreach through a romantic hookup app “to help individuals understand when they should use certain prevention services, and make accessing services less burdensome.”

RELATED: Studies Prove Gen Z Kids Are NOT OK and Something Needs to Be Done

These are just a few of many other examples.

“We all have a responsibility to correct systemic racism and inequality,” NIH says on its website.

The researchers praise the public health benefits of their research. Dr. Alexander Tsai, an associate professor at Harvard University, conducts the sleep study mentioned above through Massachusetts General Hospital, where he works as a psychiatrist.

Tsai has touted the program to The Center Square and said “the study does not seem baseless nor based on racial ideology.”

“And, given its importance to public health, it’s well within the purview of the US National Institutes of Health, so it wouldn’t be a bad use of taxpayers’ money either,” he added.