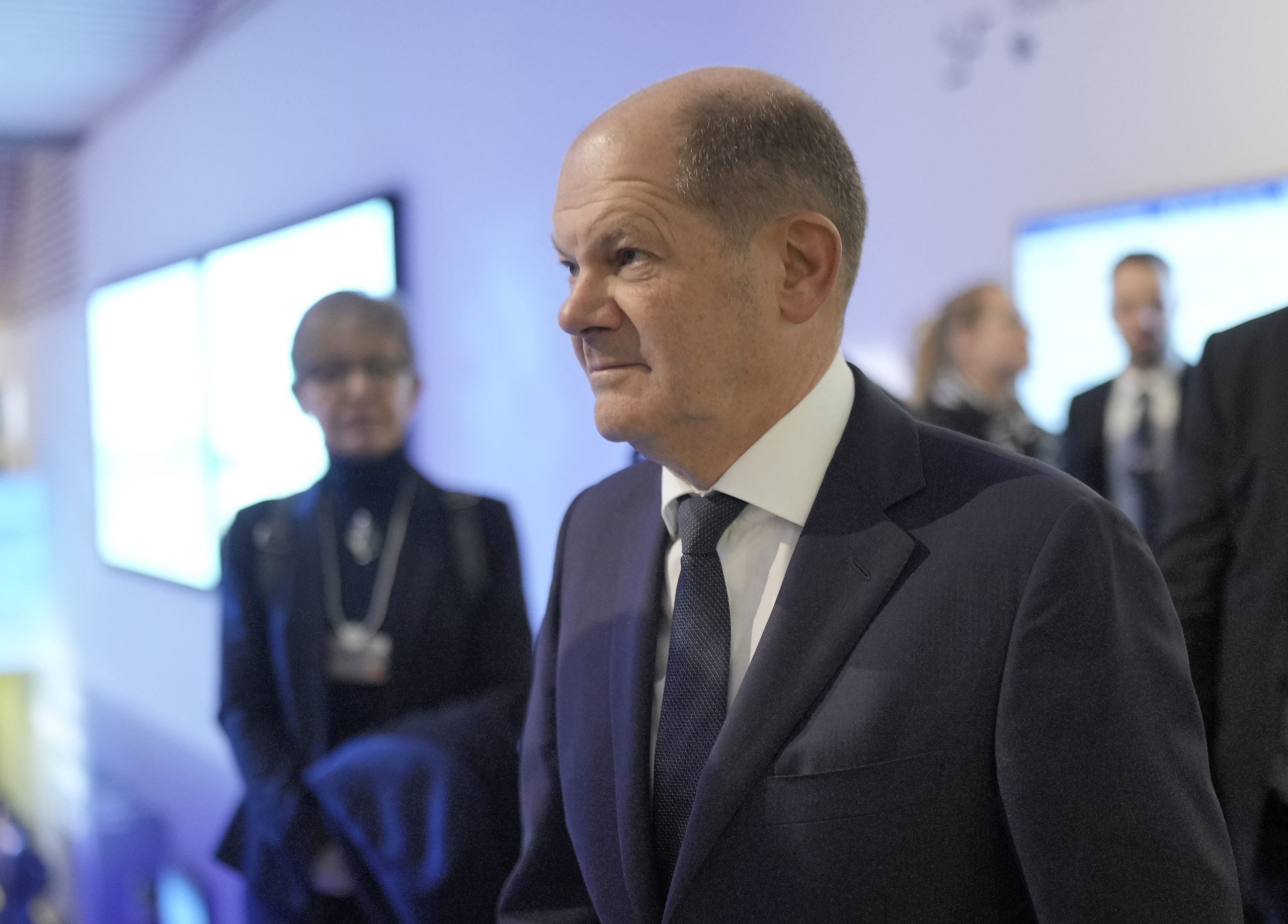 DAVOS, Switzerland — Germany will not send or authorize the transfer of tanks to Ukraine until the US agrees to give its own tanks, German Chancellor Olaf Scholz told US lawmakers on the sidelines of the World Economic Forum on Wednesday.

The exchange in Davos, described by three people with knowledge of what was being said, was respectful in tone but showed just how far apart Washington and Berlin are for a tank deal.

Scholz was “quite direct,” one person said. The 12 legislators in the room — including Sen. Chris Coons (D-Del.), Joe Manchin (TBEN.Va.), and Maria Cantwell (D-Wash.) — were surprised to hear the comment, feeling that more progress had been made on the issue, two people said.

Asked on the sidelines of the glitzy gathering, Coons, the leader of the congressional delegation, declined to confirm the exchange. But, he certainly said, “we have to find a way to move forward together.”

A spokesperson for Scholz did not immediately respond to a request for comment. But the chancellor alluded to some kind of settlement with the US during his speech in Davos.

“We never do anything alone, but together with others, especially the United States, who are very important in this common task of defending Ukraine’s independence and sovereignty,” he said.

Officials in Kiev have pleaded with the West to send modern main battle tanks ahead of an expected spring Russian offensive. Several European countries have German-made Leopard tanks, but are not allowed to donate them without permission from Berlin.

So far, the US has refused to send its M1 Abrams main battle tank, given the logistics involved. The advanced tanks guzzle fuel and are more difficult to maintain, US officials have said.

German officials have taken the same position as Scholz in recent days. By saying the US should start first, they are trying to fend off pressure from European allies who want to send the German-made tanks to Ukraine but need export approval from Berlin.

Scholz also told President Joe Biden that the US should give the Abrams first, according to German media reports.

In a video address to the forum on Thursday, Ukrainian President Volodymyr Zelenskyy criticized Germany’s hesitation.

“If someone says ‘I’ll give tanks if someone else also shares their tanks’; “I am strong in Europe and I can share if someone from outside Europe also wants to contribute, I don’t think this is the right strategy,” Zelenskyy said.

The developments come a day before Defense Secretary Lloyd Austin is meeting with colleagues from 50 countries at Ramstein Air Base in Germany to coordinate new shipments of military aid to Ukraine.

The Biden administration’s package is likely to include a number of Strykers, an eight-wheeled armored fighting vehicle built by General Dynamics Land Systems, as well as small-diameter ground-launched bombs, which have a range of about 100 miles, two of the known people with the installment, POLITICO told Wednesday.

The post No German tanks for Ukraine until America sends its own tanks, Scholz tells US lawmakers appeared first on Politico.