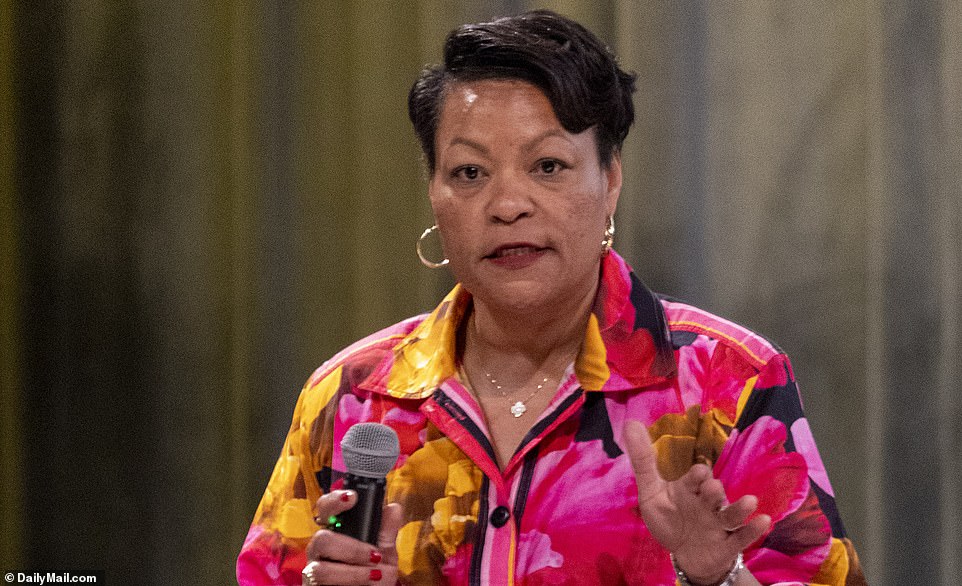 New Orleans’ controversial mayor has been embroiled in yet another scandal — this time for allegedly upgrading to her hotel rooms financed by the taxpayer. LaToya Cantrell (pictured), 50, upgraded hotel bookings to stay in king suites during trips she made to Washington DC and San Francisco in January and April of this year, potentially incurring costs of around $2,400. 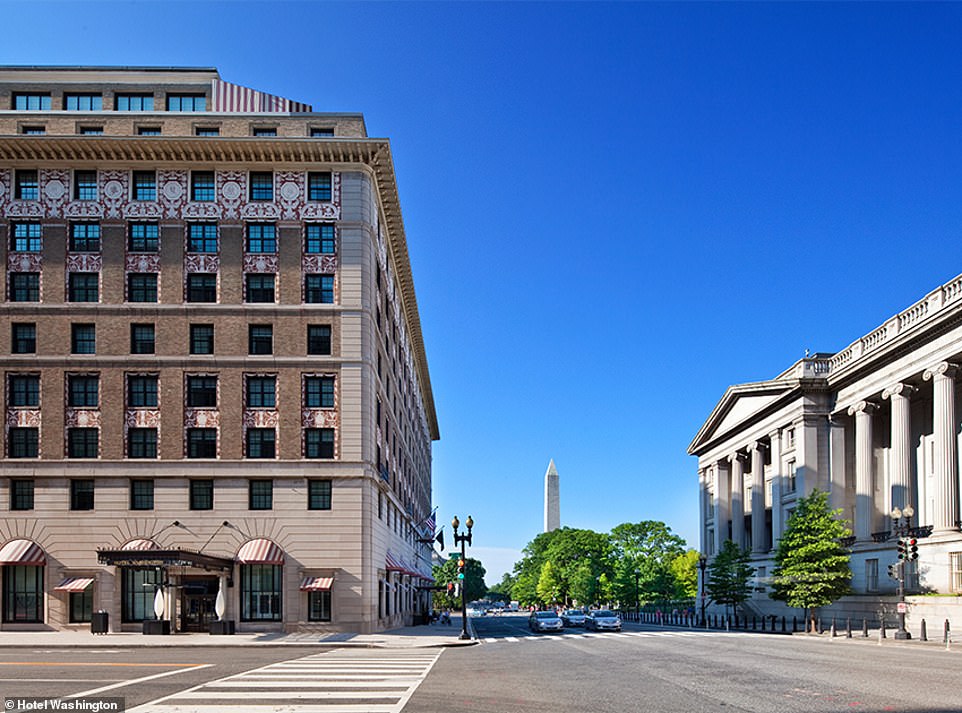 Democrat Cantrell was recently required to pay back almost $30,000 to the city after violating its policy by upgrading her flights to first class and claiming initially that economy flights were unsafe for black women. She’s also been probed over a taxpayer-funded luxury apartment, stylist, and selective use of a bodyguard who flew to a LA party with Cantrell where they met Brad Pitt. New Orleans city policy dictates that similar rules apply to upgrading hotel rooms. Pictured: Hotel Washington in Washington DC — where Cantrell spent nearly $2,500 on a king suite. 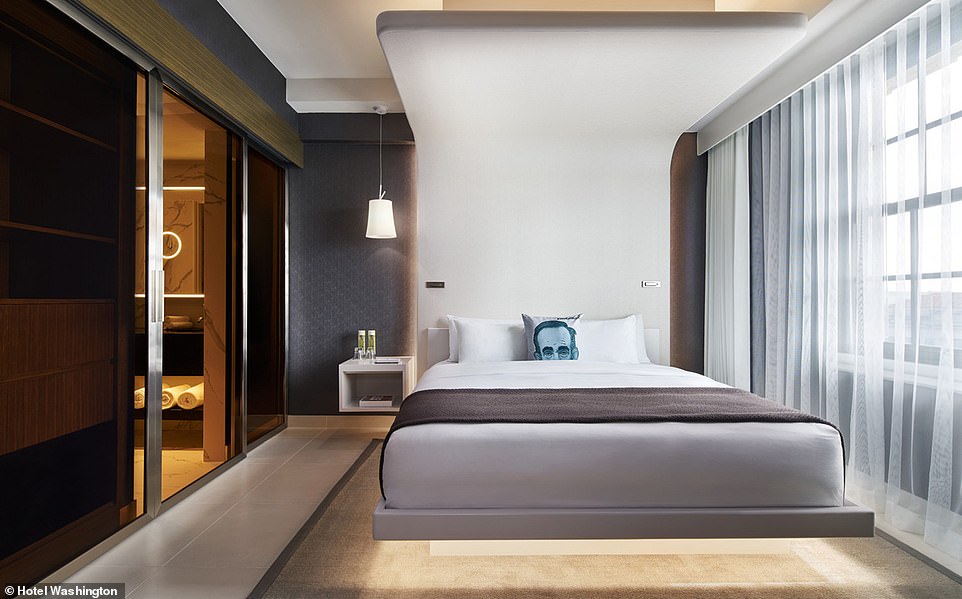 The policy says: ‘Upgrades for hotel accommodations at the expense of the city are not permitted unless the hotel is unable to provide allowable accommodations at the time necessary to carry out the purpose of travel.’ When Cantrell traveled to San Francisco in April she stayed at the Hyatt Regency SOMA where she upgraded to a king suite that cost nearly $2,000, $800 more than other city employees. Similarly, on a trip to DC in January she stayed at the Hotel Washington (pictured) and again occupied a king suite. 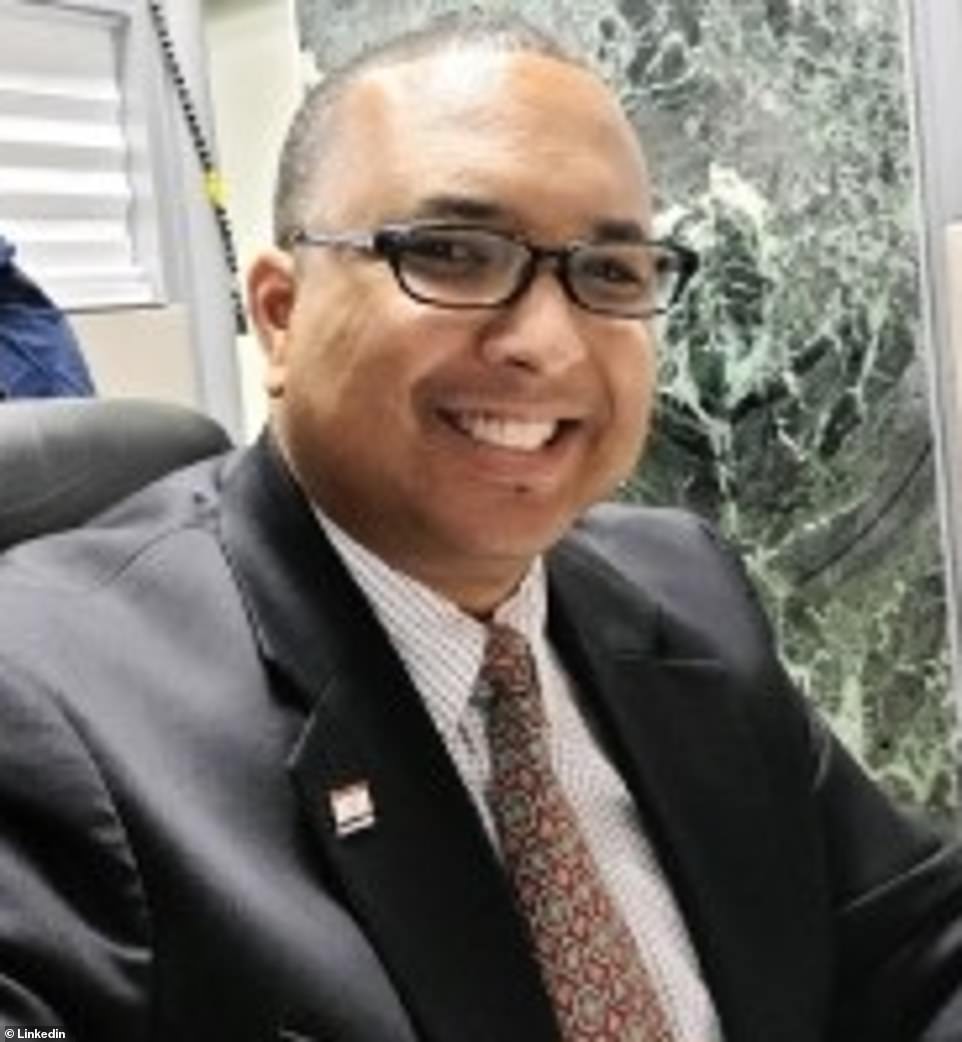 One of her bodyguards Officer Jeffrey Vappie (pictured), who has also been caught up in her scandals for overstating the hours he was working, spent $916 on a room, TBEN 8 News reported. By comparison, Cantrell’s room was nearly $2,500, amounting to nearly $1,600 in additional costs. When Cantrell went to Reno, Nevada, in June her room cost hundreds more than other city employees who traveled. Head of the Metropolitan Crime Commission Rafael told TBEN 8 News he believes the hotel upgrades are also a violation of city policy. 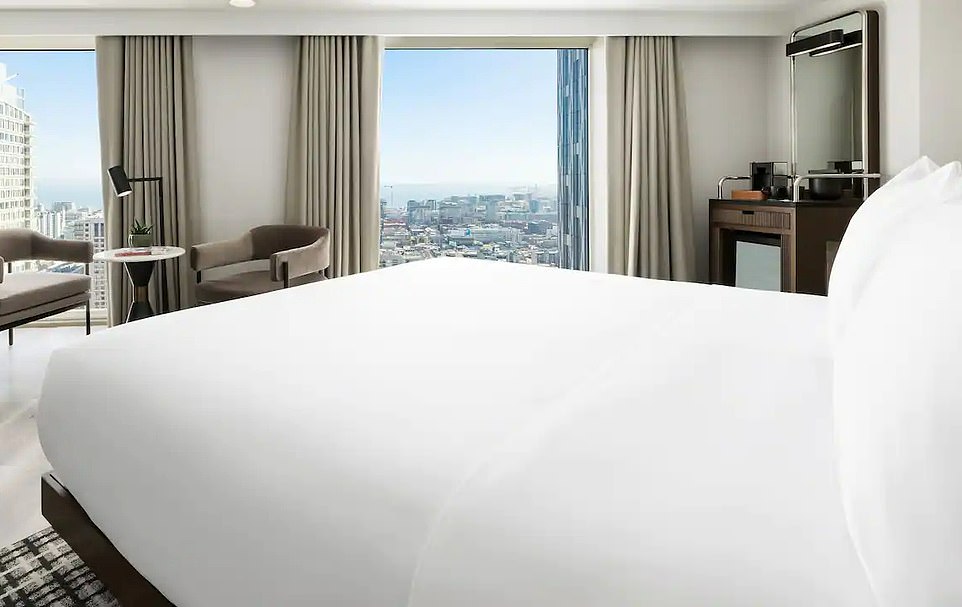 ‘So, the mayor may need to take out another loan to repay the city. She repaid about $28,000 and some change. And I think this is another prohibited expenditure of public funds,’ he said. Dillard University political analyst Robert Collins told the channel something similar and also believes Cantrell should repay the money incurred on the upgrades. ‘If she’s charging upgrades to the city, then yes, that’s a violation of the policy. She should just maintain and live by the same rules that every other city employee has to live by,’ Collins explained. Pictured: Cantrell occupied a king suite at the Hyatt in San Francisco. 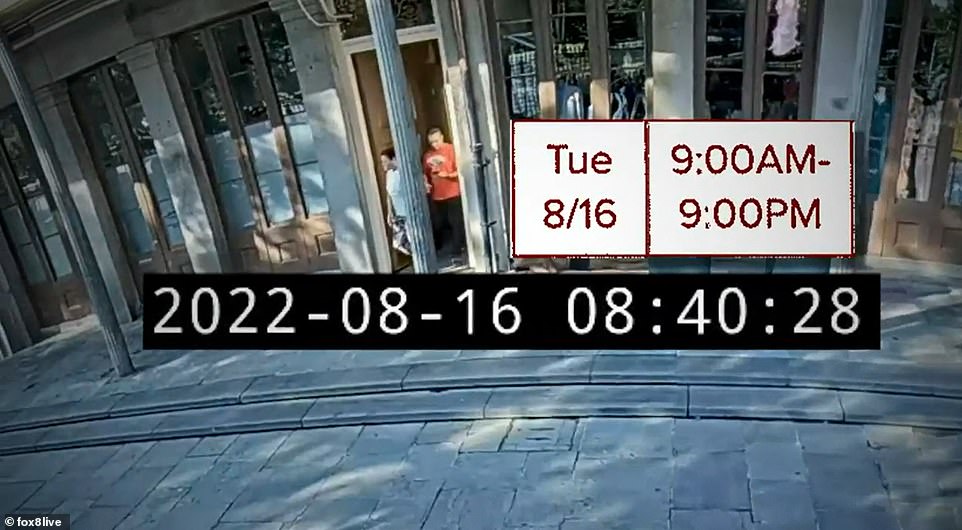 Cantrell became the first woman elected as mayor of New Orleans in 2018. The Democrat has faced questions over her selective use of a male bodyguard — who has spent hours with Cantrell while she allegedly does little work, and who joined her on a luxury trip to Los Angeles to meet Brad Pitt. He spent 112 hours at her apartment over a 27 day stretch, and was even seen watering her plants. Cantrell’s stylist – who she has paid $175,000 since 2017 — is also facing a possible criminal probe over the thousands she’s spent on clothes for the lawmaker. Pictured: Vappie and the mayor are seen leaving the Upper Pontalba Building apartment together. 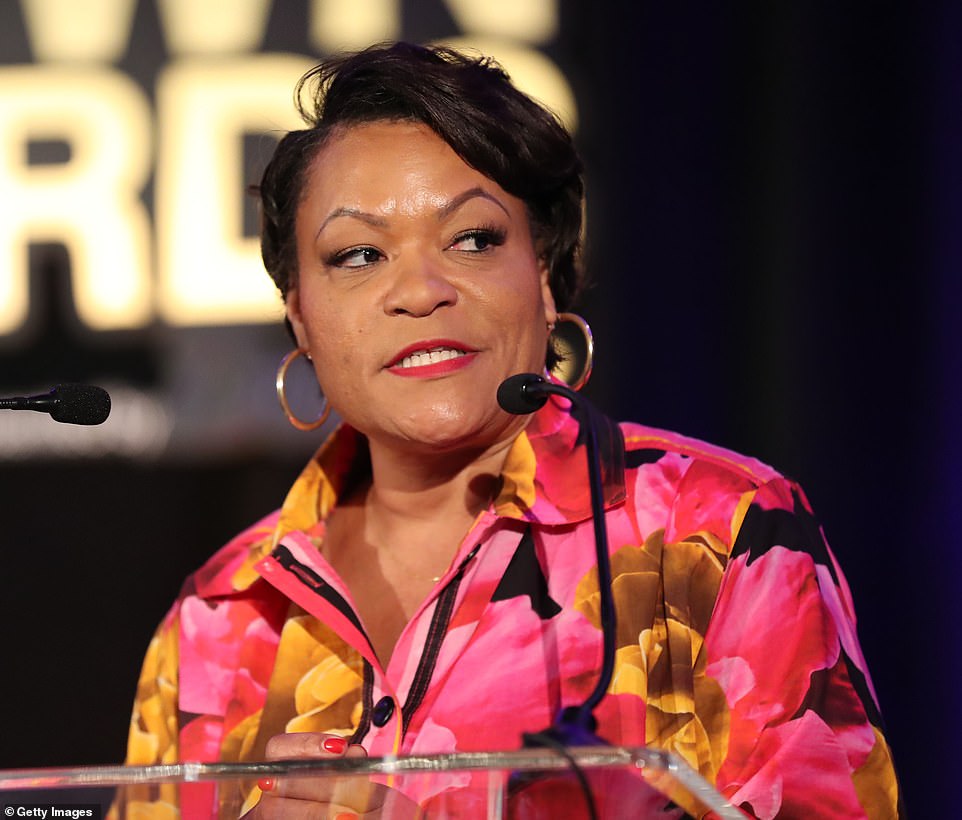 In recent months her administration has been dogged by allegations of misuse of funds and resources — with the Democrat leader even complaining to the Society for Professional Journalists about the scrutiny. The journalist body found the investigations were ‘entirely appropriate and journalistically ethical.’ ‘Anyone who wants to question how I protect myself just doesn’t understand the world black women walk in,’ she told a press conference. Cantrell was later shamed into repaying public funds she’d used for the luxury international trips.

Critics noticed that despite fearing for her safety on a flight to Paris, she felt sufficiently safe to walk alone around the city’s French Quarter, despite New Orleans having one of the highest murder rates in the United States. Amid the scandal, Cantrell repaid the cash spent on her first class flights: $40,000 on a four-day trip in June to France, with her own first-class flight costing almost $18,000 while her aides traveled in economy. ‘My travel accommodations are a matter of safety, not of luxury,’ said Cantrell, who earns approximately $188,000. 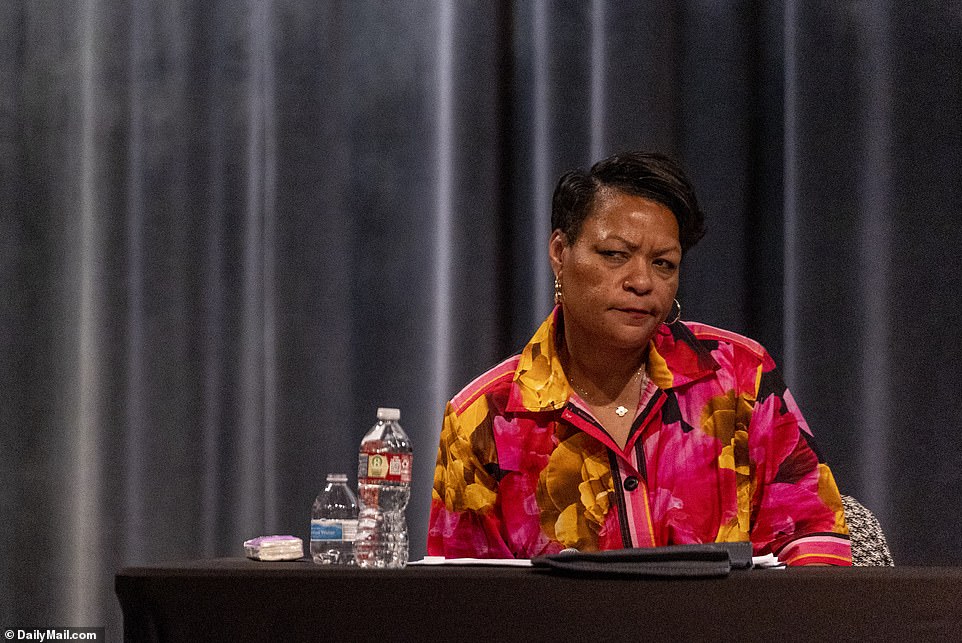 On Thursday, TBEN 8 News noted that Cantrell, whose husband Jason is a lawyer, had paid for Vappie, to travel first class with her. Vappie joined her team in May 2021, and began joining her on her trips – with the first of eight being a flight to Scotland. In September this year, Vappie and Cantrell flew first class to Los Angeles, for events that included a dinner with Brad Pitt. Collins told TBEN 8 that he could not understand why Vappie needed to be at the event, given the high level of security that would already be in place in Beverly Hills. ‘You don’t need protection at an event where there’s almost certainly already security there,’ he said. 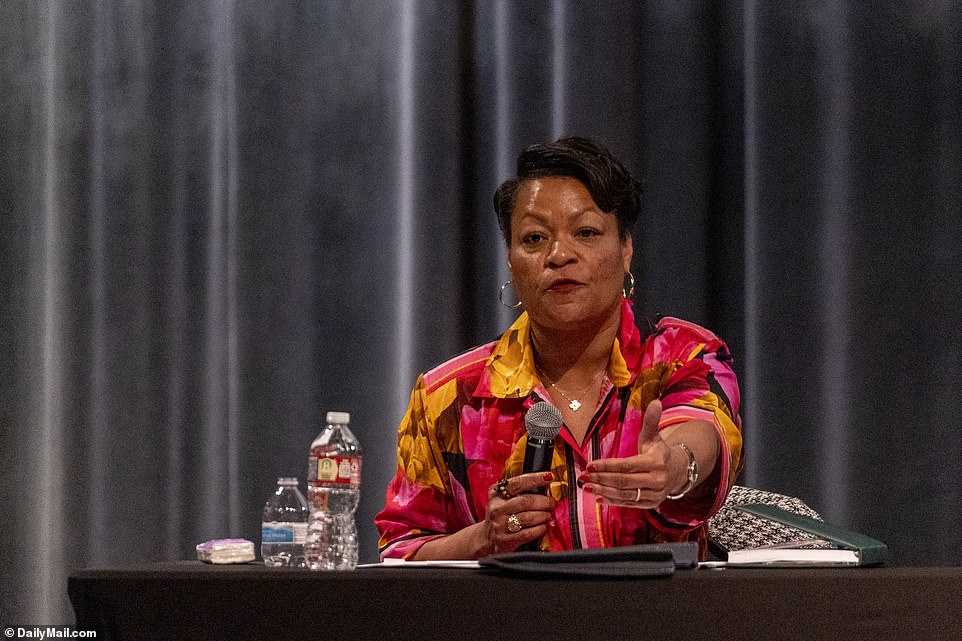 ‘Because it’s a fundraising event. There are VIPs there. So you know that there are going to be police officers and protection. So that’s probably an event where you do not need protection.’ He also questioned why Cantrell began flying her security detail with her only when Vappie was brought onto the team. ‘The timeline doesn’t really make any sense,’ Collins said. ‘The taxpayers are going to ask: if you really need protection, why didn’t you have protection on the earlier trips? Why don’t you have protection when you’re walking by yourself in the French Quarter? Why are you selectively choosing when to have a protective detail and when not to have a protective detail?’ 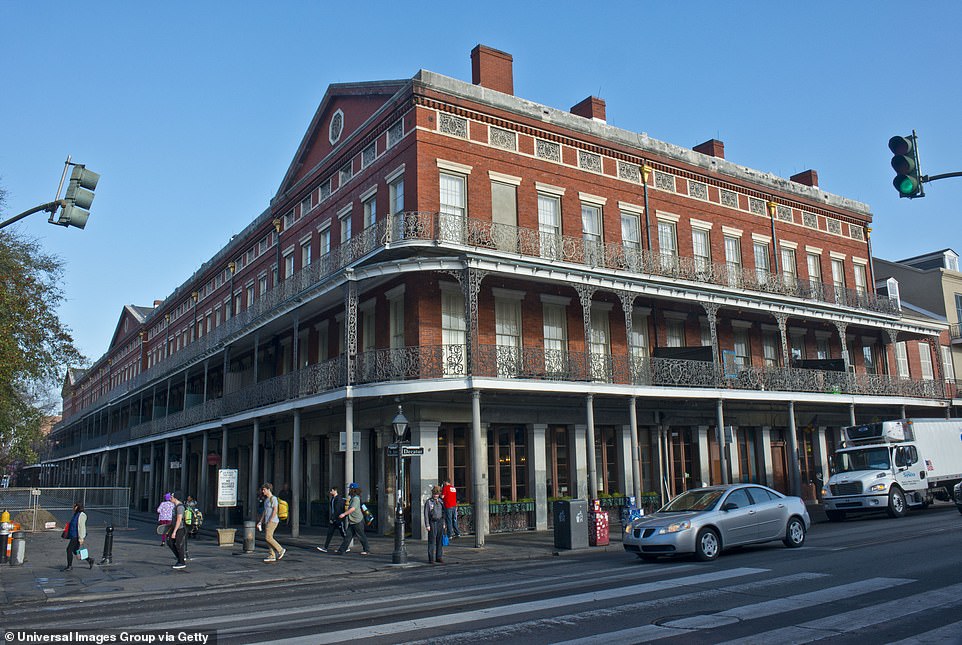 Since October 2021, Cantrell’s decision to bring security on trips has cost taxpayers more than $50,000, TBEN 8 News calculated. TBEN 8 News reported that Vappie had been spending time at Cantrell’s city-owned apartment in the Upper Pontalba Building (pictured), near the city’s historic French Market. 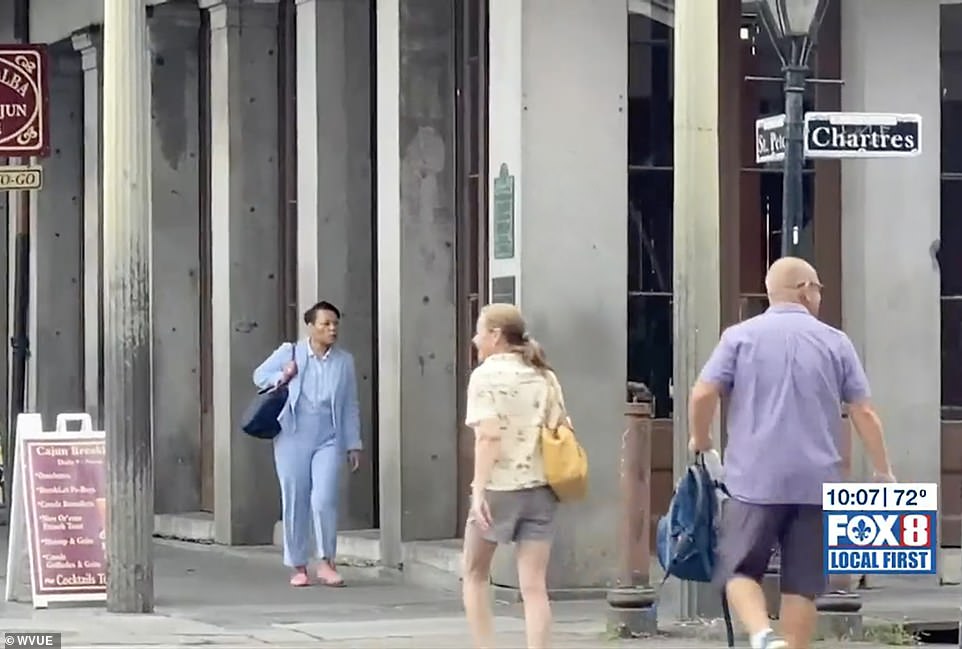 The channel obtained surveillance camera footage through a Freedom of Information Act request, and found that Vappie was inside the building for long stretches of time. Of the 45 days covered by the cameras, Vappie was there for 27 of them, and spent 112 hours there, TBEN reported. The city’s inspector general launched an investigation into whether Cantrell used the apartment for personal use. Last Wednesday, TBEN 8 News’s Lee Zurik, who has been following the story, was accused by the mayor of ‘violating’ her ‘as a human being.’ Zurik asked her, at a press conference: ‘Mayor Cantrell, you say you’re working 24/7 and the records show that you spend a lot of time with an officer. The city has crime and infrastructure issues. You spent nearly 20 percent of the year out of town or out of the country with an officer. Is any of that appropriate?’ 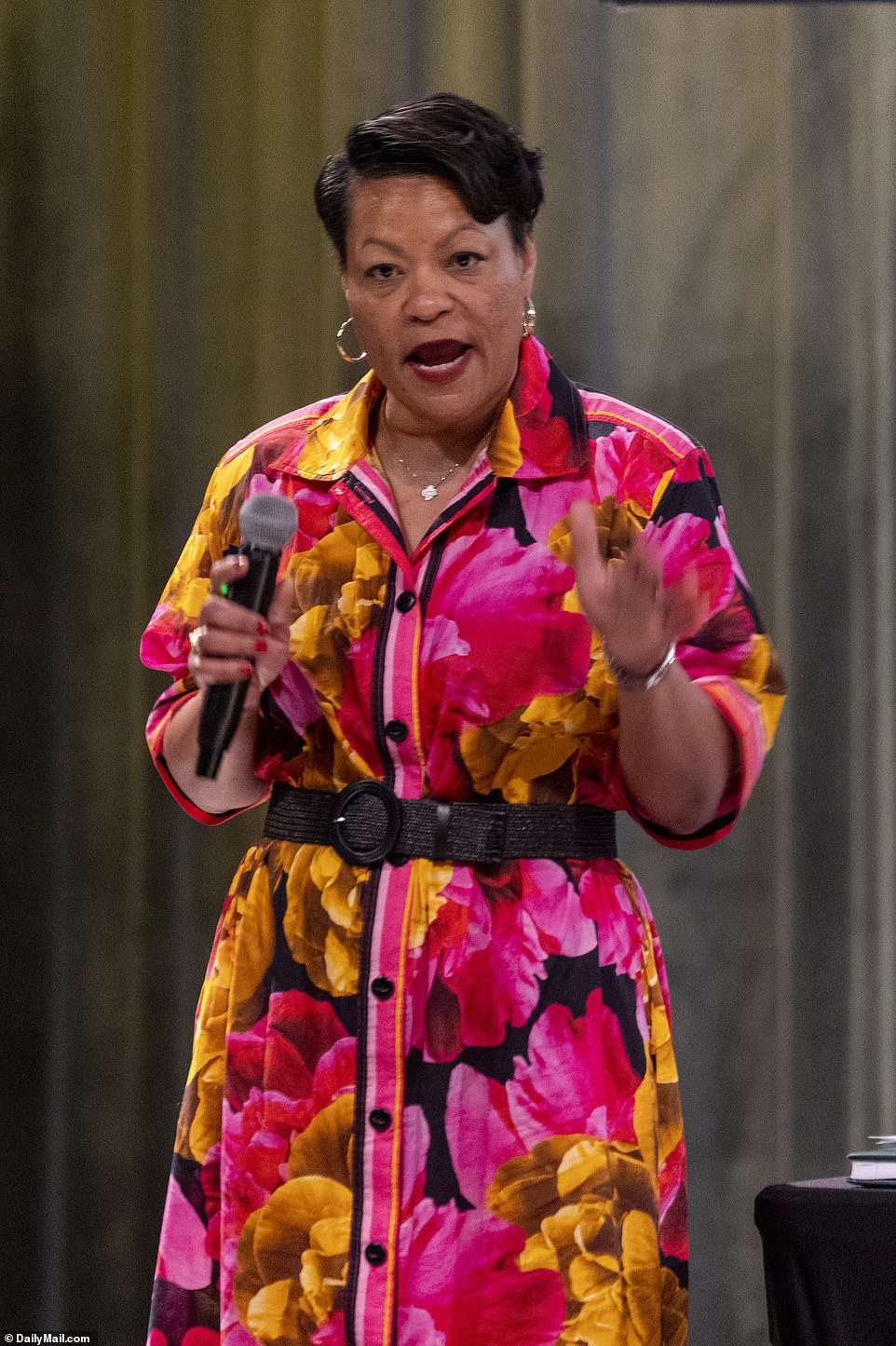 Cantrell replied: ‘So Mr. Zurik, I’m glad you’re here. ‘It kind of freaks me out to see you because you have been very inappropriate in my opinion. But relative to your accusations, none of them add up at all.’ She defended her use of the apartment, and her work for the city. ‘But in regards to my work in the city of New Orleans, it’s really been unmatched,’ she continued. ‘I can point to the results on the ground. The budget hearings that are underway right now speak to my work that my administration and team have done and continue to do for the city of New Orleans relative to public safety, relative to housing, relative to infrastructure and I can literally go on and on.’ 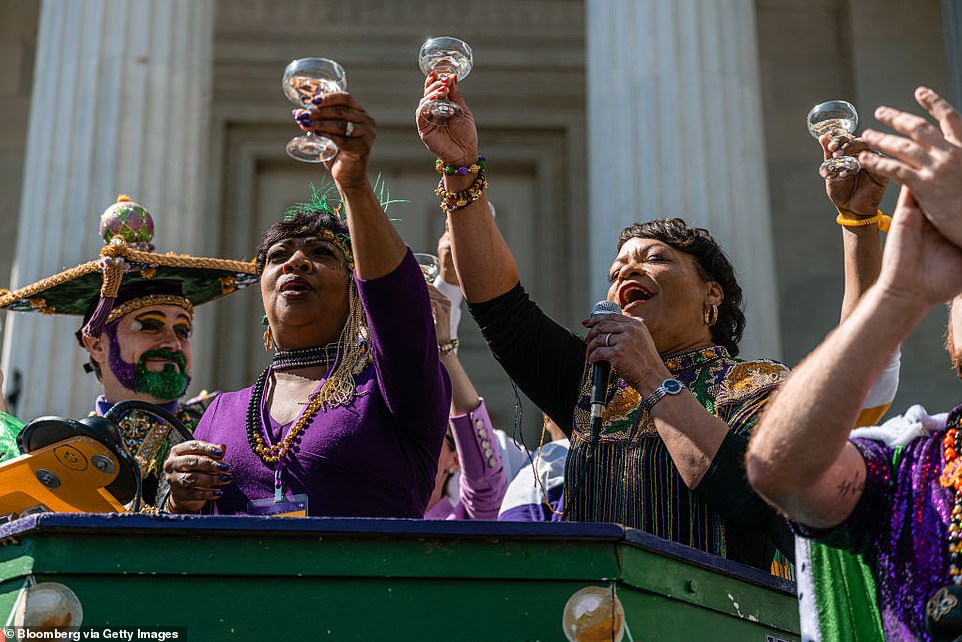 Cantrell was also facing questions about $175,000 in payments made since 2017 from Cantrell’s campaign to her ‘image consultant,’ Tanya Haynes, and her business, Jolie Image Consulting. The payments to Haynes have generally increased over time, reaching $6,000 per month in 2021, the records obtained by 4WWL show. Two stores where Haynes shopped – Ballin’s Boutique, where she often bought clothes for the mayor, and BC Kitchen and Bath, where Haynes recently ordered a new $17,000 kitchen – have been subpoenaed. Pictured: LaToya Cantrell (right) raises her glass at a parade during Fat Tuesday Mardi Gras celebrations in New Orleans, Louisiana, on March 1, 2022. 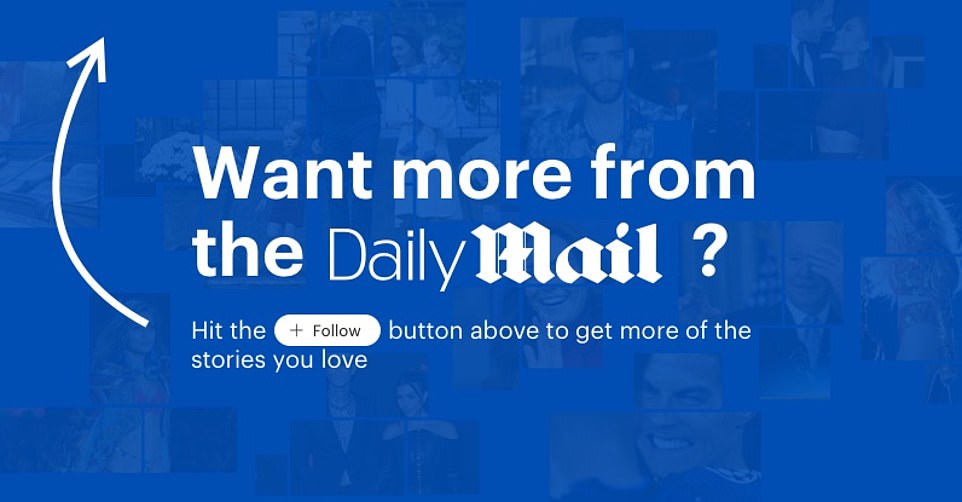 Want more stories like this from the Daily Mail? Visit our profile page here and hit the follow button above for more of the news you need.

Netflix series Harry and Meghan tries to blame racism for everything, the world press concludes

The image of Australia on the Lego set sparks outrage