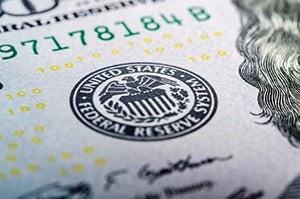 With the expectation of a very aggressive Fed, many were still looking for signs of leniency from Chairman Jay Powell at the last Fed meeting. For example, he could have said that the Fed would remain dependent on the data and relax policy if the data improved. Or that there were signs that inflation is starting to moderate.

Instead, he said the Fed is determined to keep rate hikes and interest rates high until inflation falls back to 2 percent — which isn’t expected in 2024 at the earliest, and probably in 2025. He did say unequivocally. , that the Fed had to cut inflation despite the economic costs. He did say (not explicitly, but implicitly) that the Fed would stay on track even if we hit a recession. And he did say that the most likely way to curb inflation was to raise unemployment significantly.

So much for the dovishness.

There are two things to be learned from this, and the second is all the more worrisome. The first is simply that the Fed is committed to bringing inflation back to its target level, and this is neither a surprise nor particularly newsworthy. At least this has been the message since Powell’s Jackson Hole speech. Indeed, he started yesterday’s press conference by stating that this message was the same as that of Jackson Hole.

No, the real surprise from yesterday is simply that the Fed now expects inflation to be a multi-year project and expects a recession along the way, possibly a bad one. Powell explicitly said the Fed doesn’t know how bad it will be – projected growth and unemployment numbers are already bad – but it will continue anyway. The surprise now is that the Fed expects inflation to rise for longer and thus interest rates to rise for longer. That markets will be wrong if they expect austerity sometime next year. And looking at the data, pretty much the entire board seems to agree.

So much for the dovishness.

A change of expectations

Unsurprisingly, the markets react after overnight processing this. The yield on 10-year US Treasuries has risen sharply, bringing us back to pre-financial crisis levels for the first time since late 2009. Higher interest rates mean lower stock valuations and markets have fallen across the board. Powell was right, in that his message was the same as Jackson Hole’s, but stronger, and the markets are reacting the same way.

This changes expectations for the future. Markets had priced in rate cuts next year, but if Powell is right, that’s unlikely. The markets have priced in a peak rate of about 4.5 percent, but that may not be enough. The future looks much riskier now from a monetary policy perspective than it did 48 hours ago.

From an economic perspective, it also looks riskier. The main bright spot so far has been strong job growth, and that’s what the Fed has in its sights now. Understandable – that’s what drives the excess demand that keeps inflation high – but a bad sign for growth in general. And by saying that a recession won’t necessarily ease policy, the Fed has removed a safety net from under the economy.

Are things different this time?

So yesterday’s real message wasn’t hawkishness – we knew that. The real message was that the Fed now only looks at inflation as its mandate. Jobs, economic growth and markets may all have to be and will be sacrificed to control inflation. The Greenspan/Bernanke/Yellen well is dead and we are back in the future with Paul Volcker’s policies.

This will take some getting used to and Powell and the board may not be able to sustain it. But for now it looks really different this time.