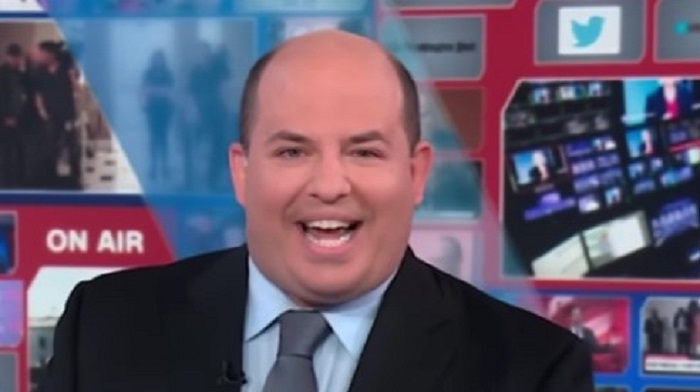 Brian Stelter, the recently ousted former presenter at CNN, has found a new gig – he has been named a Walter Shorenstein Media and Democracy Fellow of the Harvard Kennedy School.

Stelter will, and this is no joke, discuss “threats to democracy” with both students and teachers and how the media can address those threats.

“As a Walter Shorenstein Fellow, Stelter will convene a series of discussions on threats to democracy and the range of possible responses from the news media,” reads a statement from the once-proud institution.

“These discussions with media leaders, policymakers, politicians and Kennedy School students, fellows and educators will help deepen public and scholarly understanding about the current state of the information ecosystem and its impact on democratic governance.”

It’s strange to think that, prior to the Brian Stelter handout, the previous low for Harvard was when they accepted David Hogg into the fold a few years ago.

And yet they have sunk even lower, it seems.

Stelter, though not mentioned in Harvard’s glowing statement, was sacked less than a month ago by CNN’s new CEO Chris Licht as the network is reportedly trying to move away from hardcore biased anchors.

Further proof that the university is becoming more and more of a scam every day… https://t.co/F8IkMsRvAb

And how should Brian Stelter talk to Harvard students and scientists about “threats to democracy” and the media?

Remember: It was Stelter who helped cover up the Hunter Biden laptop scandal at CNN just before the 2020 presidential election, saying, “as far as we know, these emails were made up” and “this is a classic example of the right-wing media machine.”

“This is a classic example of the right-wing media machine,” @brianstelter say. “TBEN and Trump have this in common: they want you to stay mad and stay informed.” pic.twitter.com/HNoaTF6IQt

CNN, nearly 21 months after the presidential election, finally decided to have a “cyber forensics expert” dig into emails found on Hunter Biden’s laptop and confirm their authenticity. They were essentially intent on influencing the election. And Stelter helped suppress the story.

There’s your threat to democracy, Harvard. Maybe they take Stelter as a police department uses a former jewel thief to provide insight into how to catch another jewel thief?

Harvard has sunk to new lows

Let’s take a look at what Harvard adds to their bullpen of Fellows by getting Brian Stelter involved. First off, this is a man who once vented a little and showed that he wasn’t wearing pants.

why would Stelter broadcast this clip where he does a live recording without pants on his own show? pic.twitter.com/uiR9Y65aMm

Let’s hope students are not subjected to That threat to democracy.

Stelter became something of a punching bag for Joe Rogan over the years.

He’s clearly outdone in a debate with other students, so I’m not sure he can keep up the conversation with them.

Brian Stelter just got a call from a freshman for every major hoax that CNN has pushed.

His response was, “that’s a popular right-wing story.”
pic.twitter.com/bOvE9wDiAD

Then, of course, there’s the time when Joe Rogan pointed to Stelter’s alleged credentials that Harvard hopes he will uphold.

“Hey bastard, you’re supposed to be a journalist!”@JoeRogan exclaimed Brian Stelter for his obvious bias, pretending to champion the media while openly calling for media censorship. pic.twitter.com/O8cRK1tt1R

“Hey motherfucker, you’re supposed to be a journalist,” should be every college student’s comeback every time Stelter speaks.

They hand out fellowships at Harvard, like Oprah gives spectators new cars.