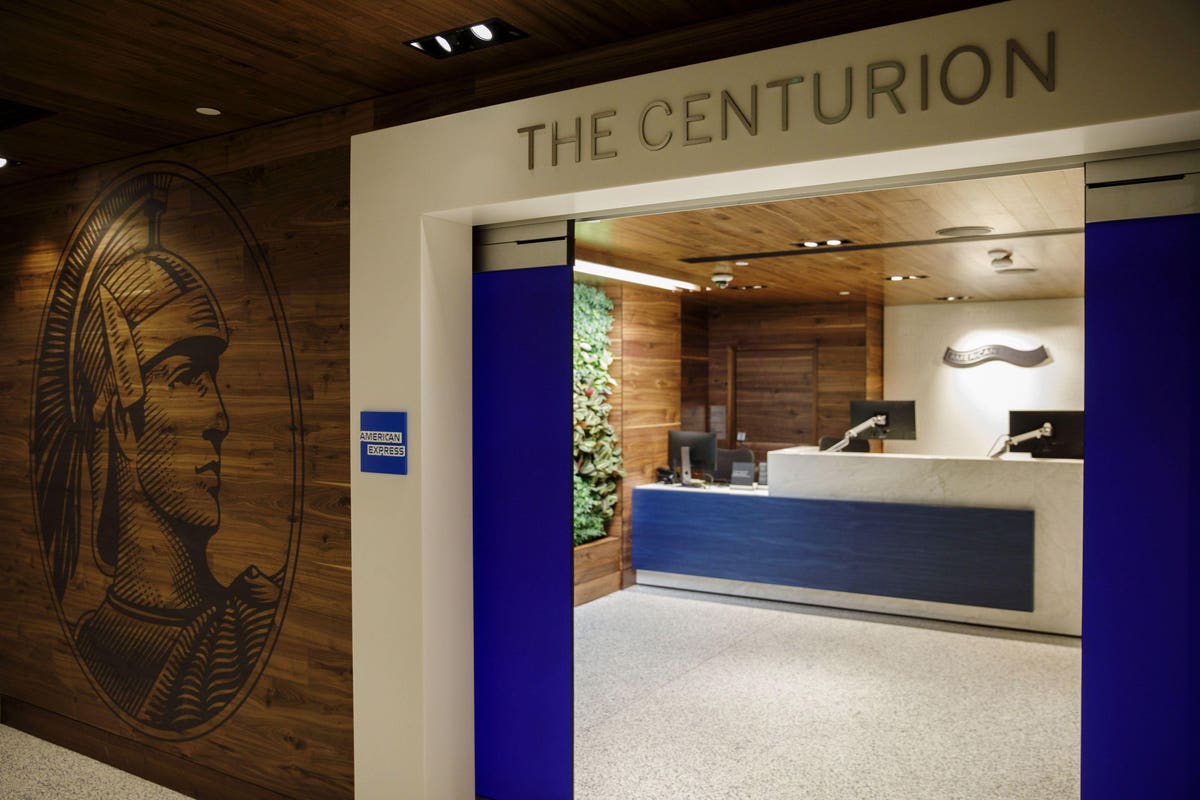 The airline lounge, perhaps even more so than the prized business class seat, is a perk that travelers now see as a necessity. With airline cancellations and delays at a post-pandemic peak, the lounge has been a welcome retreat from the overcrowded, maddening airline waiting room.

But those ‘exclusive’ lounges are now packed with throngs of the well-to-do, people with enough points, miles or ‘elite status’ to get past the sliding doors. The ranks of the massive well-to-do actually increased during the pandemic. In Los Angeles County alone, the median home price was $836,600 in November 2022.

People who continued to use their points and miles credit cards improved their airline status, even if they didn’t fly during the pandemic. Now that they’re flying again, they’re full of points and craving lounge luxury.

Meanwhile, the lounges are becoming increasingly popular. The new Delta Terminal 3 at LAX includes the 29,000 square foot SkyMiles Club. It features payphone-style cone of silence workspaces and plenty of seating with access to power and Wi-Fi. The multi-million dollar lounge has escalators and wide marble corridors that give a sense of space and relaxation. There are private showers and indoor and outdoor bars and dining areas. The outdoor bar has a great view of the airstrip operations.

But such lounges are often packed with hordes of exhausted, hungry travelers.

This poses a delicate problem for airlines. Delta CEO Ed Bastian recently acknowledged the problem, noting, “As they say, ‘When everyone is special, no one feels special.'”

Clearly, frequent flying “elites” with enough status to get into the lounge “free” are an airline’s best customers. But the rush puts pressure on staff and can unpleasantly remind customers of what they paid well to avoid.

I got an American Express Platinum card a few years ago. The hefty metal card is one of the few possessions that makes me feel “rich.” It should, at $795 a year. While points and miles websites have never encountered a credit card they didn’t like, it’s hard for most people to defend paying $800 a year for a credit card.

However, one of the few perks I use is access to the American Express Centurion lounge. I’ve visited the AMEX lounge at McCarren, er, Harry Reid Airport, twice.

I went to great lengths to get into the Las Vegas lounge. Technically, I was not an elite airline customer. Instead, I flew Southwest, an airline with no lounges and no business class. So paying $800 for the card was just the beginning. Although my flight was from C terminal, I had to go through security and people mover to D terminal. Once in the lounge I had to wait, show my plane ticket, driver’s license and the card to get in.

I barely found a place to sit. Meanwhile, a number of booths and sections were cordoned off. I asked the friendly staff about it. They indicated that there was always a certain number of seats allocated to AMEX Black Card holders, an annual fee of $5,000.

But even as a low Platinum member, I enjoyed the hour and a half spent there, which included my lunch of biscuits, lemon chicken, and Modelo draft beer. The workers were helpful and warned me to leave for at least 20 minutes to get back to the mover, take it to the “C” terminal and walk to my southwest gate.

When I left there were thirty people outside the lounge waiting to enter. And more to come as airlines add more business class and premium economy seats. American says it plans to increase the number of premium seats on its long-haul aircraft by more than 45% by 2026.

“The ranks of the air travel elites are growing, and that poses a problem for airlines,” TBEN recently noted. United’s chief customer officer, Linda Jojo, said this at a recent industry conference. “If everyone has status, no one has status.”

The lounges are hardly cheap to run, between the rent they pay to the airport, design, construction, and maintenance, as well as food, alcohol, and other supplies. Then there is staff. I counted eight workers in the Centurion club up front, in the bar, and at the buffet. No doubt there were chefs, chefs and others I did not see.

This also means that lounge use will be limited to three hours, and as both Delta and AMEX do, will charge for lounge use by attendants. Amex Platinum cardholders, previously able to bring two guests for free, now pay $50 for each guest they bring to a Centurion Lounge.

I saw a few travelers break up in what seemed like an unexpected attack. “I’ll meet you at the gate,” one of the women said to her friend. It was clear that she didn’t want to ask her to cash out the $50 or walk away from luxury lounges in solidarity.

Restrictions on lounge access are not new. One of the perks of another high-end credit card I owned, Chase Sapphire, was Priority Pass membership, which offered free access to several airline lounges. However, in 2019, we were denied an Alaska Airlines lounge “at capacity” at LAX, restricting access only to Alaskan elites.

So along with inflation devaluing your dollars, the airlines are again depreciating the value of those prized points and miles. This is ironic, as the airlines actually used their frequent flyer programs as “collateral” for the billions in high-yield or junk bonds they released during the pandemic.

Now the arms race continues between card-savvy consumers looking to get what they paid for and the airlines and their credit card partners trying to turn a profit after the pandemic. In the meantime, more wealthy people arrive in large numbers. The airlines are re-adjusting cabin configurations to accommodate higher-paying business class or premium economy seats.

I’m still not sure my $800 Platinum Card is worth it. Still, after an exhausting CES2023 show and a week of airline cancellations, it was certainly a quiet place to sit, eat and reflect. But as the line outside the lounge reminded me, everyone wants the same thing.