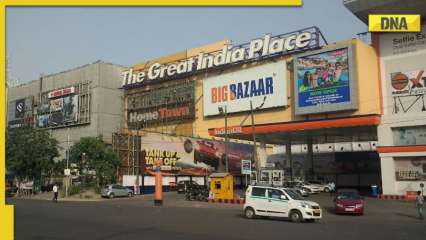 Noida’s GIP Mall Reportedly Selling For Rs 2000 Crore: Everything You Need To Know About Reports

GIP Mall Noida Noida is the source of the most important news of the day. The Noida-based Great India Palace, also known as GIP Mall, is reportedly up for auction. Yes! It is undoubtedly true that GIP Mall will soon be completely sold out. Its costs are also covered. The promoters of Entertainment City Limited are running The Great India Palace Mall, according to the information we obtained. He is negotiating to sell this mall for about Rs. 2000 crores. When GIP Mall opened, it became very popular. The GIP Mall is a well-known shopping center throughout NCR, not just in Noida.

There was a time when people would like to visit GIP Mall but after the Corona call less people went there. A major reason why people are now shopping in other malls is the removal of Big Bazaar from GIP Mall. GIP Mall used to be a popular destination for residents of the NCR, but will soon be sold. Great India Place, Kidzania, Worlds of Wonder Amusement Park and Gardens Galleria Mall are currently preparing to commercialize the entire 147-acre development. Talks are currently underway to sell it for around Rs 2,000 crore. The fallow land here could possibly be developed by the new buyer.

Currently, there is approximately 1.7 million square feet of space that can be developed. This virgin land can be used by whoever buys it to build a residential or commercial building. Experts claim that this location is one of NCR’s central locations.

Officially, this news has not yet been announced by the owner.

78-day salary as a party allowance for railway employees? The BIG decision of the center is expected today

PFI banned for 5 years: UAPA decrypted; list of all outfits that are banned under the strict law and about ‘unlawful association’