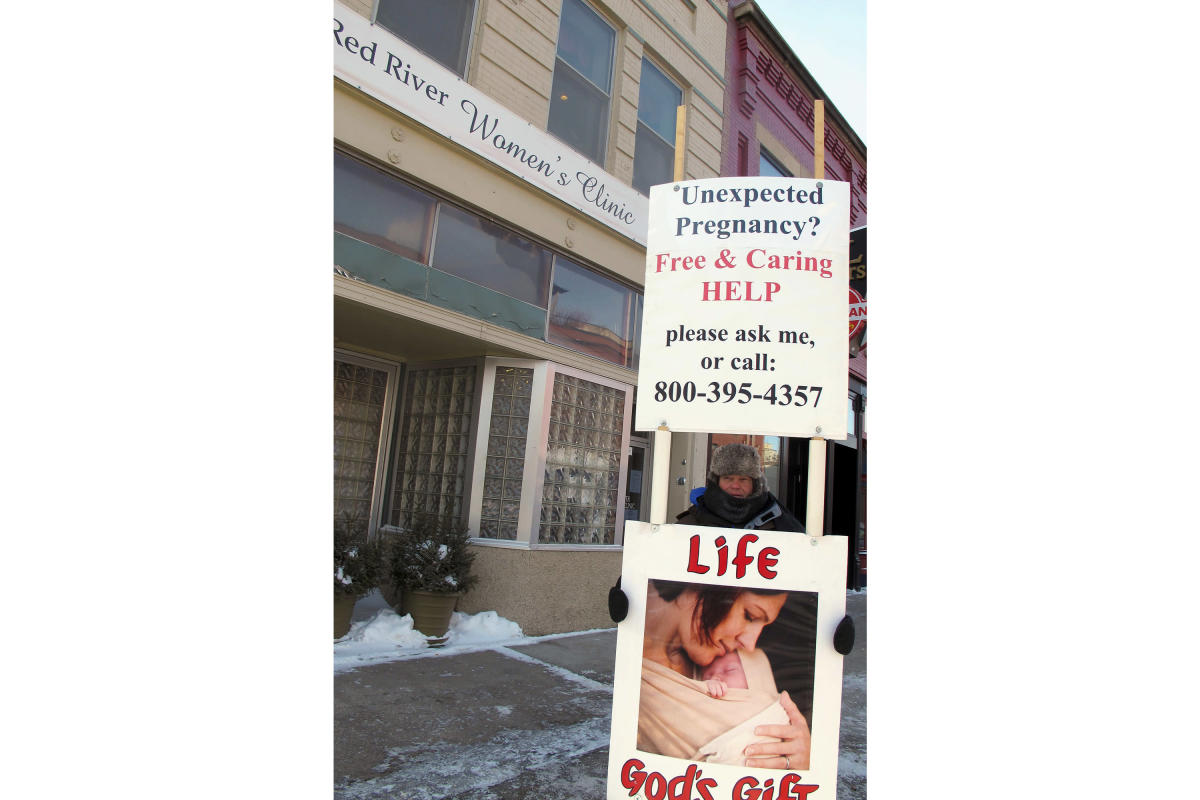 FARGO, ND (TBEN) — The only abortion clinic in North Dakota is preparing for what could be its last day of performing procedures, with a trigger ban going into effect Thursday, likely requiring patients to travel hundreds of miles to receive care pending the clinic’s move across the border to Minnesota.

Subject to a judge’s intervention, the Red River Women’s Clinic will provide abortion services on Wednesday and then close. Owner Tammi Kromenaker is building a new clinic in Moorhead, Minnesota, with help from nearly $1 million raised through GoFundMe.

Kromenaker has not said when the new clinic will open and she did not respond to messages on Tuesday. Planned Parenthood has said it can perform abortions at its own Moorhead facility to fill the gap if needed, but it’s not clear if that will happen.

ALSO READ  Errol Musk, who fathered 2 children with his stepdaughter Jana Bezuidenhout, is not proud of son Elon Musk

Destini Spaeth, the volunteer leader of an independent group that helps fund abortions in North Dakota, explores workarounds until the Moorhead clinic opens. That can include helping pay for travel to Minnesota and Montana.

“To have to cross state lines and be treated like and talked about like a criminal in your own country and be forced to travel elsewhere, begging for care, desperate for care,” said Spaeth, spokeswoman from the North Dakota Women In Need Fund. “It just has to be so traumatic.”

Kristi Wolff, executive director of the North Dakota Women’s Network, said the women’s advocacy group still refers people to the Red River Women’s Clinic or to a doctor “if that’s what it takes.” Wolff said she’s had numerous calls from women showing “a lot of insecurity, despair and anger” about what lies ahead.

“If there’s no clinic in North Dakota, women will have to travel further,” Wolff said. “To do that, they need to have the resources for adequate transportation, you know, gas money, childcare, free time, they need all those things. That should just go to the care, that is unacceptable.”

The clinic is suing in state court to block the trigger law, which was passed years ago to take effect if the U.S. Supreme Court reversed the Roe v. Wade precedent that established a right to abortion. The lawsuit argues that a ban would violate the state constitution. It also states that Attorney General Drew Wrigley prematurely began a 30-day countdown before the law went into effect.

“I don’t hold my breath for an order,” Spaeth said. “I think we’re gearing up for tomorrow, the last day of clinic in North Dakota for a while.”

The first abortion clinic in Fargo opened in 1981, in a two-story house that was more than 70 years old. It was the site of violent protests in the early 1990s, sparked by a national group that locked itself in on cars, trees, street signs and other objects. The clinic moved to its current location in downtown Fargo in 1998.

While the move to Moorhead will add a few miles for patients from the Dakotas, it also means the weekly group of anti-abortion protesters won’t travel much further. Some of them have called Wednesday’s scheduled Fargo final bittersweet and said they will resume messaging when the new clinic opens.

McKenzie McCoy, executive director of North Dakota Right To Life, said she’s “happy the clinic is closing,” but isn’t blind to the fact that the clinic will reopen a few miles away.

“So we’ll move on to Minnesota to love these women and show that, you know, we’re here for you no matter the decision, but there really are other solutions,” she said.