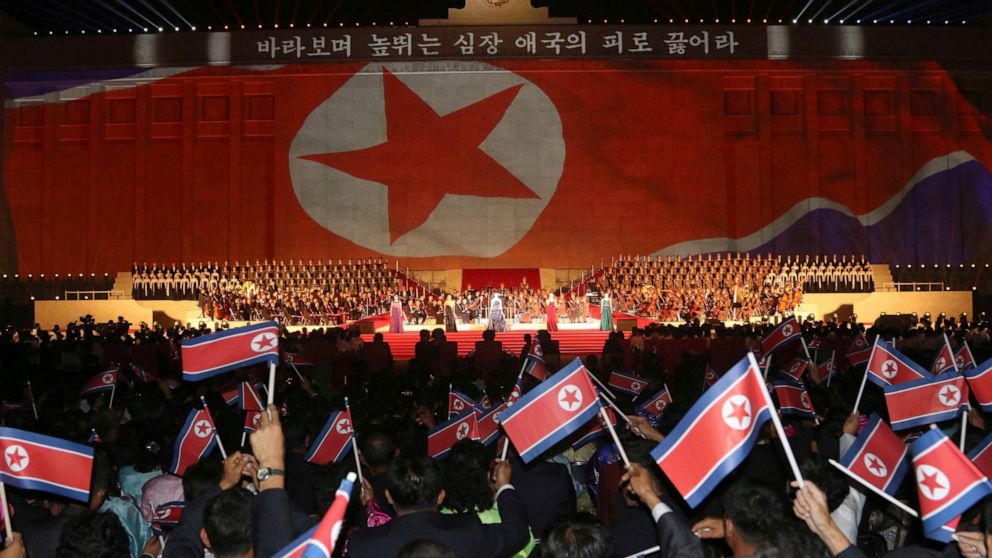 Seoul, South Korea — North Korea says it has not and has no plans to export weapons to Russia during the war in Ukraine, saying US intelligence reports on arms transfers were an attempt to portray North Korea’s image. grope.

In a state media report Thursday, an unnamed North Korean defense official told the US to stop making “reckless comments” and “shut up”. Biden administration officials confirmed a declassified US intelligence assessment earlier this month that Russia was in the process of buying weapons from North Korea, including millions of artillery shells and missiles, as Moscow tries to resolve Ukraine’s severe supply shortages. by US-led export controls and sanctions.

The North Korean statement came weeks after Moscow described the US intelligence finding as “fake.”

The North Korean official stressed that Pyongyang has never acknowledged the “unlawful” UN Security Council sanctions against the country “imposed by the US and its vassal forces”. The official said the export and import of military equipment is a “lawful right belonging to a sovereign state,” according to an English translation of the statement published by the official North Korean Central News Agency.

“But we take this opportunity to make one thing clear. We have never exported weapons or ammunition to Russia and we do not intend to export them,” said the official, who was described as a deputy director general of the Defense Ministry’s General Equipment Office.

“It is not certain where the rumor that the US is spreading comes from, but it is intended to tarnish the image of the DPRK,” the official said, referring to the country’s official name, the Democratic People’s Republic of Korea.

Facing sanctions and export controls, Russia bought Iranian-made drones in August that US officials said had technical problems. Experts say North Korea, if it will, could become a major source of small arms, artillery and other ammunition for Russia, given the compatibility of their defense systems based on Soviet roots.

North Korea has tried to tighten relations with Russia while most of Europe and the West have pulled out, blaming the US for the crisis and decrying the West’s “hegemonic policies” as justification for military action by Russia in Ukraine to protect itself.

The North Korean government has even hinted that it is interested in sending construction workers to help rebuild pro-Russian breakaway regions in eastern Ukraine. In July, North Korea became the only country, apart from Russia and Syria, to recognize the independence of the Donetsk and Luhansk territories.

North Korea has also used the war as a window to accelerate its own weapons development by testing dozens of weapons, including its first long-range missiles since 2017, taking advantage of a gap in the UN Security Council, where Russia and China have blocked US efforts. have blocked the sharpening. sanctions against Pyongyang.

The North has interrupted its testing activities with repeated threats of nuclear conflict with Seoul and Washington. The latest was a law passed this month by Pyongyang’s parliamentary parliament that further entrenched the country’s status as a nuclear power and allowed the preemptive use of nuclear weapons in a wide range of scenarios in which its leadership is threatened.

ALSO READ  Another hammer blow for motorists in South Africa

Sung Kim, the Biden government’s special representative for North Korea, met in Seoul on Thursday with South Korean counterpart Kim Gunn, where they expressed “serious concern” about the north’s escalating nuclear doctrine that has been inflicted in the new law is being set out, South Korea’s Ministry of Foreign Affairs said.

The diplomats reaffirmed the US commitment to defend South Korea in the event of nuclear war with the full range of its military capabilities, including nuclear. The allies also maintained their months-old assessment that North Korea is gearing up to conduct its first nuclear test since 2017 and discussed “severe” countermeasures against such action, the ministry said.