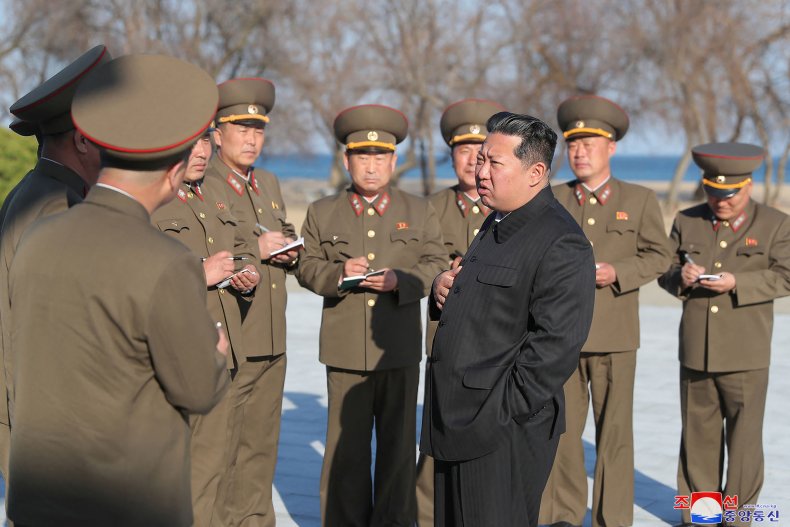 North Korea has warned the US to “shut up” after it denied exporting weapons to aid Russia in its war against Ukraine.

Recent Russian military supply problems have forced Moscow to buy millions of missiles and artillery shells from North Korea, a statement said. New York Times report citing US intelligence released this month. North Korea openly sided with Russia during the war and was the only country besides Syria and Russia to officially recognize the independence of the pro-Russian breakaway “republics” of Donetsk and Luhansk.

On Wednesday, an official described as the “Deputy Director General of the General Bureau of Equipment of the Ministry of National Defense” of the Democratic People’s Republic of Korea (DPRK) issued a statement condemning any suggestion that Russia is targeting North Korean weapons as a US attempt to “tarnish” North Korea’s image, according to the state-run Korean Central News Agency.

“We take this opportunity to make one thing clear,” the North Korean official said. “We have never exported weapons or ammunition to Russia and we do not intend to export them. It is not certain where the rumor the US is spreading comes from, but it is intended to tarnish the image of the DPRK. “

“We condemn the US for mindlessly spreading the rumor against the DPRK to pursue its grassroots political and military goal,” the official continued. “And we’re warning the US to stop making reckless remarks…and shut up.”

Despite the denial of arms sales, the official insisted that “not only the development, production and possession of military equipment, but also their export and import are the legal right proper to a sovereign state,” arguing that ” no one has the right to criticize” such exports.

The United Nations Security Council was also fired for promulgating “illegitimate” resolutions banning North Korea from importing or exporting weapons. The North Korean official claimed the sanctions were “designed by the US and its vassals”.

Shortly after the report of The New York Times About the alleged arms sale was published, US State Department spokesman Vedant Patel told reporters during a briefing that “the Russian Defense Ministry is in the process of purchasing millions of missiles and artillery shells from North Korea for use in Ukraine. “

“This purchase indicates that the Russian military continues to face severe supply shortages, in part due to export controls and sanctions,” Patel said at a Sept. 6 briefing. “Another example of the efforts we must make to hold Russia accountable.”

White House national security spokesman John Kirby later backtracked on the claim that the sale had already gone through, calling it a “potential purchase” while saying the U.S. had “no indication that the purchase actually took place.” occurred”.

Russia described the US intelligence finding as “fake” and denied purchasing weapons from North Korea.

News week has reached out to the State Department and the White House for comment.