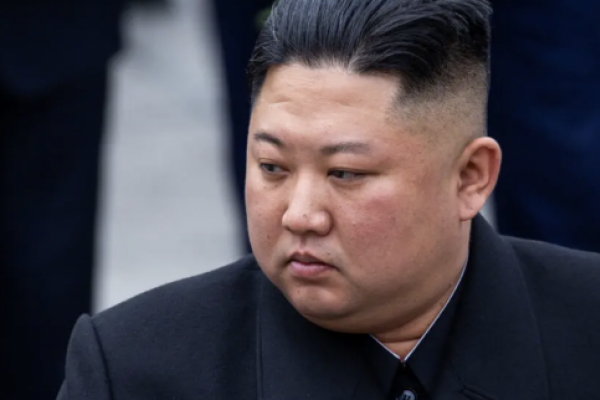 North Korea on Friday fired an intercontinental ballistic missile with the capability of launching nuclear strikes against the entire US mainland.

According to South Korean and Japanese estimates, the missile flew 620 miles with a maximum altitude of 3,600-3,790 miles.

During the launch, North Korean leader Kim Jong Un revealed his daughter to the world for the first time. Images showed the pair holding hands at the venue.

According to a report by Korea’s Central News Agency (KCNA), Kim was present at the test site with “his beloved daughter and wife” to “personally supervise the entire course of the test fire.”

North Korean expert Ankit Panda said on Twitter: “We have never seen his daughter in public until now”.

Kim would have three children, two girls and a boy.

“This is the first perceived occasion where we have seen Kim Jong-un’s daughter at a public event,” Reuters quoted Michael Madden, a North Korean leadership expert at the US-based Stimson Center as saying.

The leader’s daughter’s appearance at this event could indicate a fourth-generation succession, Madden added.

The North Korean foreign minister said in a statement Choe Son Hui criticized President Joe Biden’s discussion at the G20 and ASEAN summit on Pyongyang’s missile program, saying it “put the situation on the Korean Peninsula into an unpredictable phase”.

ALSO READ  COP27: Progress with some solutions, but where is the action on the big problem?

Don’t miss real-time alerts about your stocks – join Benzinga Pro for free! Try the tool that helps you invest smarter, faster and better.

© 2022 Benzinga.nl. Benzinga does not provide investment advice. All rights reserved.

The Bharat Express News - December 6, 2022 0
The world of mixed martial arts (MMA) has been rocked by the announcement that former two-time UFC Bantamweight Champion TJ Dillashaw is retiring, and...