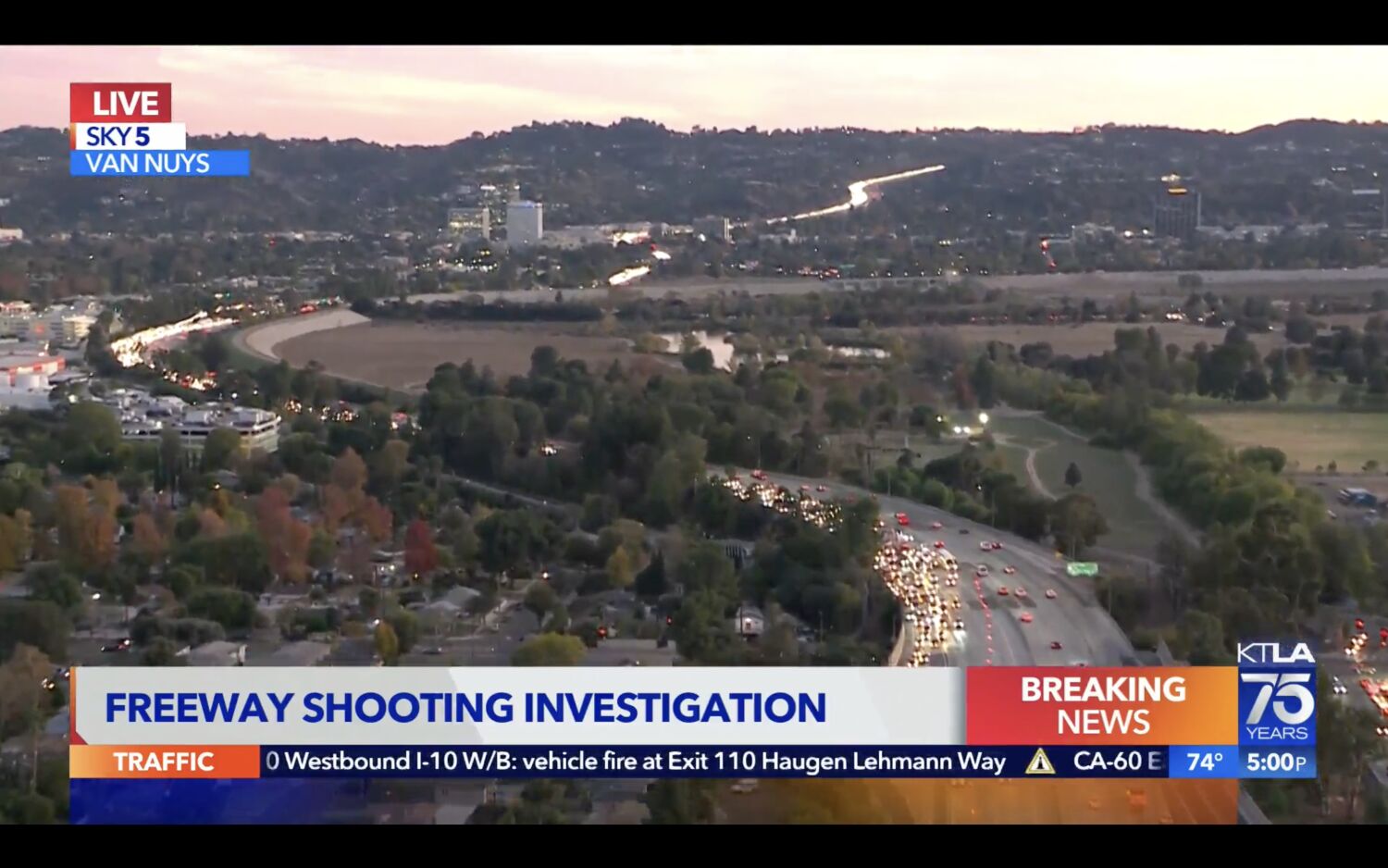 Officers who arrived on the scene between Victory Boulevard and Sherman Way initially found no victims or people involved in the possible shooting, CHP officer Weston Haver said.

Authorities have received reports that gunshot wound victims may have gone to hospitals, but so far the CHP has found none, Haver said.

Northbound 405 was shut down just north of Victory Boulevard as officers search for evidence. The No. 4 lane and right shoulder reopened shortly after 5 p.m., Haver said.

According to the CHP, a SigAlert has been issued for an unknown duration to the 405 North at Sherman Way.

Further information was not immediately available.