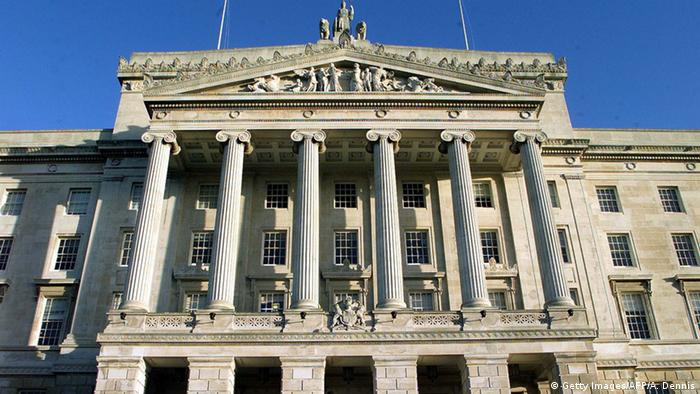 Northern Ireland’s power-sharing executive on Thursday held an emergency meeting to condemn the violent unrest in a pro-British area of Belfast.

An outbreak of violence late Wednesday left at least 50 police officers injured as crowds of mostly young men set a bus on fire with petrol bombs.

“Destruction, violence and the threat of violence are completely unacceptable and unjustifiable, no matter what concerns may exist in communities,” the executive said in a statement.

“While our political positions are very different on many issues, we are all united in our support for law and order and we collectively state our support for policing and the police officers who have been putting themselves in harm’s way to protect others.”

The Northern Ireland executive is made up of unionist, nationalist and centrist parties

Northern Ireland First Minister Arlene Foster, of the unionist or loyalist Democratic Unionist Party that supports being part of the UK, and Deputy First Minister Michelle O’Neill, of the nationalist Sinn Fein party advocating Irish unity, both condemned the unrest and the attacks on police.

“No brick, no bottle, no petrol bomb thrown has achieved, or can ever achieve anything but destruction, harm and fear,” Foster said during the urgent assembly interrupting legislators’ Easter break.

What is happening in Northern Ireland?

Last week, violence erupted in the border city of Londonderry and spread to the capital Belfast over Easter weekend.

On Wednesday, violence flared near the Shankill Road in west Belfast by one of the so-called “peace walls” that divides the mostly Protestant unionist community from the mainly Catholic Irish nationalist stronghold of the Falls Road. 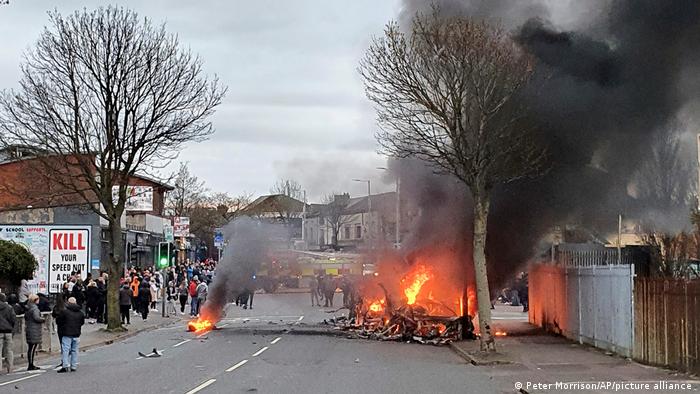 The unrest comes amid growing frustration in the unionist or loyalist community at new Brexit trade barriers between Northern Ireland and the rest of the United Kingdom.

The police’s decision not to prosecute members of the Irish nationalist Sinn Fein party for breaching COVID-19 measures have fueled the unrest. The party received backlash over a funeral last June that attracted nearly 2,000 attendees during coronavirus restrictions which at the time limited funeral ceremonies to a maximum of 30 people.

How have politicians reacted?

UK Secretary of State for Northern Ireland Brandon Lewis on Thursday was headed to Belfast for emergency talks, the TBEN reported.

Prime Minister Boris Johnson condemned the unrest, saying “the way to resolve differences is through dialogue, not violence or criminality.”

Johnson telephoned with his Irish counterpart Micheal Martin “about the concerning developments in Northern Ireland,” where they stressed that “violence is unacceptable” and “called for calm” and “dialogue,” according to Martin’s office.

The subject also came up at the White House’s daily press briefing.

“We are concerned by the violence in Northern Ireland,” White House Press Secretary Jen Psaki told reporters, adding that the Biden administration joined calls for “calm” after days of unrest.

How has Brexit affected Northern Ireland?

Belfast has a history of conflicts between supporters of Irish independence and loyalists to Britain.

The city was the center of sectarian conflicts between 1969 and 2001 that left over 1,600 people killed throughout the militarily occupied city.

The Good Friday Agreement of 1998 is largely credited with ending what had become a low-level civil war. One of its key stipulations was keeping the land border open between the Republic of Ireland and Northern Ireland — a development made possible in no small part because of the UK and the Republic of Ireland both being EU members in the single market and the customs union at the time.

Brexit negotiators aimed to protect the Good Friday Agreement. They drafted the Northern Ireland Protocol, which kept it in the EU’s customs union and enabled the border to remain open.

However, this meant that checks on specific goods bound for Northern Ireland from the rest of Britain — no longer a part of the single market and customs union — would be required.