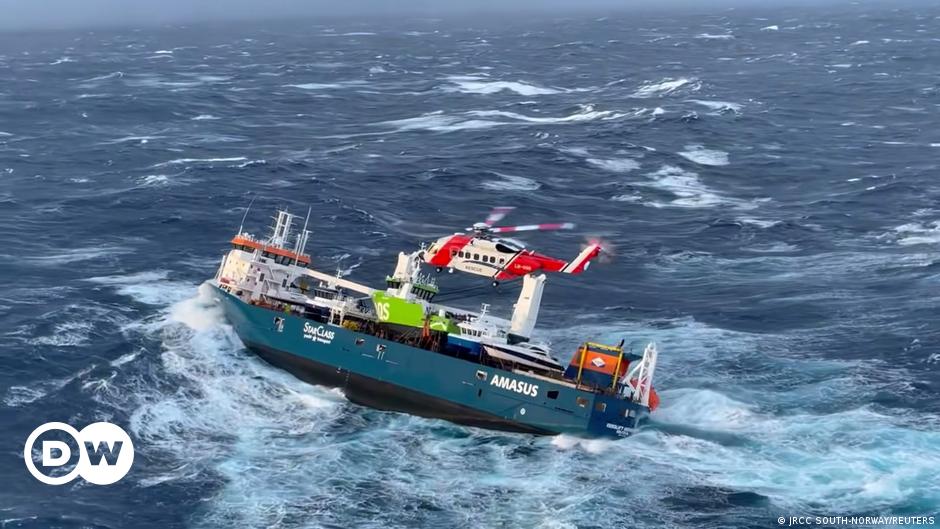 The Dutch cargo ship Eemslift Hendrika, which was at risk of capsizing off the Norwegian coast, is now secured by the authorities, the Norwegian Coastal Administration (NCA) announced on Wednesday evening. The ship had been adrift since Monday, with officials fearing the ship could dump up to 350 tonnes of heavy oil and 50 tonnes of diesel into the sea.

“During the evening, an operation succeeded in putting the crew of the Dutch rescue company Smit Salvage, as well as a rescuer on board the Eemslift Hendrika. They were successful in connecting the vessel to two tugs – both at the bow and at the stern of the vessel, “the NCA said in a statement on its website.

Where will the ship be taken by rescuers?

The ship is now taken by the rescue crew to the safe harbor in Alesund, a port town on the west coast of Norway.

The ship’s 12 original crew members were evacuated on Monday over fears the ship might capsize. The crew had sent a distress call earlier today, after the ship’s cargo had moved on board, threatening its stability.

The ship, which is owned by Dutch company Amasus Shipping, is valued at NOK 66 million ($ 7.8 million, € 7 million) according to the Oslo-based company. Verdens gang tabloid newspaper.

The Eemslift Hendrika was built in 2015 and is currently operated by the Monegasque company Starclass Yacht Transport. The 111.6-meter (366-foot) vessel is designed to carry boats on its deck.

ALSO READ  Talking Europe - `` No evidence '' of refoulement of migrants: the head of the EU border agency, Leggeri