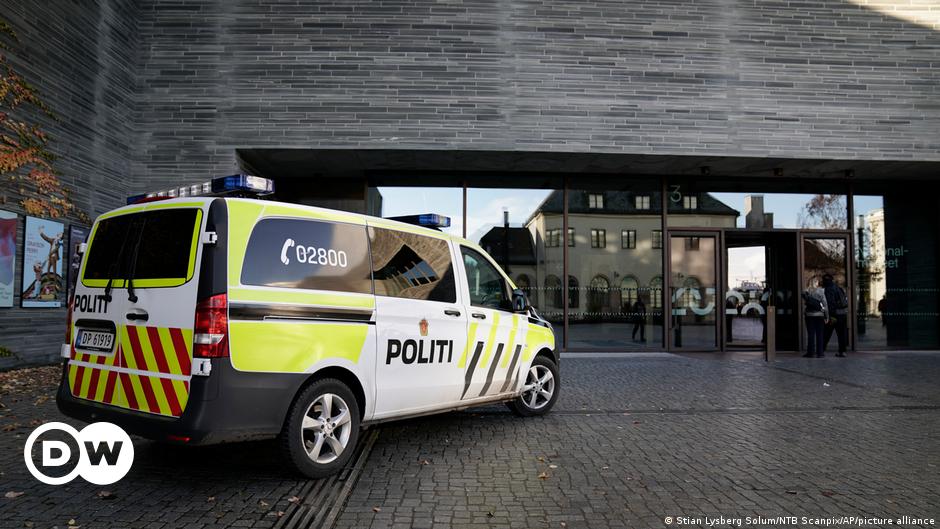 Norwegian police intercepted climate protesters when they attacked Edvard Munch’s masterpiece “The Scream” at the National Museum in Oslo on Friday, the latest in a series of climate protests targeting paintings.

Norwegian police said they had taken control of the three activists after two of them tried to attach themselves to the painting.

“It didn’t work out, but there are traces of glue on the display case. No reports of damage to the painting,” said the police.

The room where the painting is on display was evacuated and locked, with police saying it would reopen as soon as possible.

Police said they had arrested the three women of Finnish, Danish and German nationality.

Why did climate protesters attack the painting?

The 1893 painting is considered a symbol of existential anxiety. It shows a humanoid figure screaming in horror atop a bridge, with a swirling sky in the background.

The organization Stop Oil Exploration has claimed responsibility for the incident. Video of the protest shows activists shouting “I scream for people dying” and “I scream when lawmakers ignore science”.

Activists from the organization “Stopp oljeletinga” in Norwegian told the The Bharat Express News (TBEN) news agency that they wanted to “press lawmakers to stop oil exploration”.

“We are campaigning against ‘Scream’ because it is arguably Norway’s most famous painting,” activist spokeswoman Astrid Rem told the TBEN.

Norway is one of Europe’s largest exporters of offshore gas and oil.

The protest is the latest in a series of similar actions. In recent weeks, climate activists have protested not only on the streets of Europe, but also in the museums, throwing food and clinging to the protective coverings of famous paintings in London, Paris, The Hague and Berlin. None of the paintings were permanently damaged as they were all covered with plastic or glass.

The Bharat Express News - December 2, 2022 0
Multiple Ukrainian embassies around the world have been targeted in recent days after a bomb attack on the Ukrainian embassy in Spain injured one...