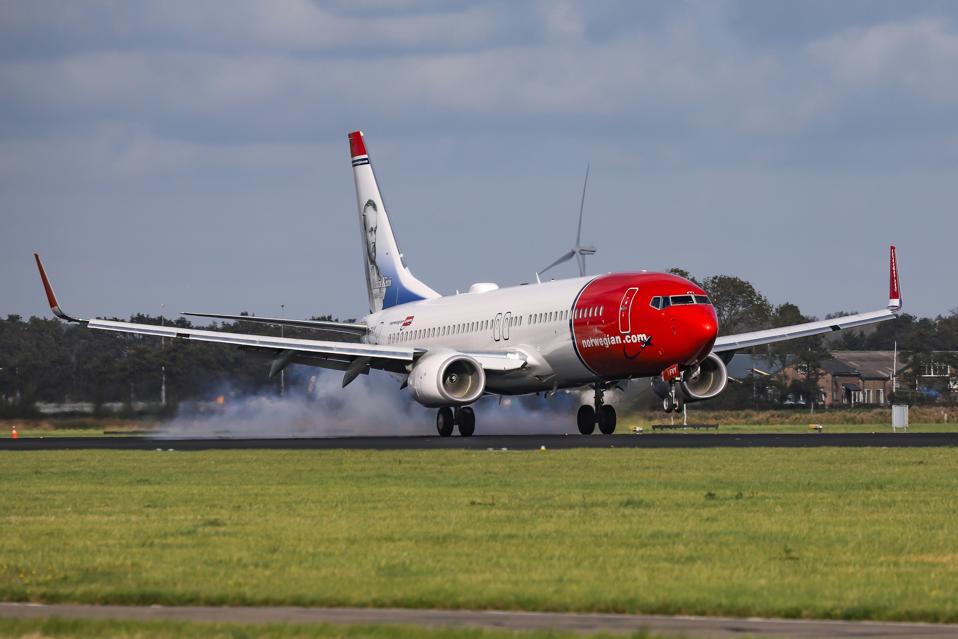 Struggling carrier Norwegian announced its consolidated pre-tax results for the first quarter of 2021. The airline, still undergoing restructuring in Ireland and Norway, saw a 96% year-over-year drop in revenue contributing to a EBT deficit of 1.189 billion Norwegian kroner ($ 143 million).

Ongoing travel restrictions linked to the pandemic have resulted in quarterly income falling to just NOK 255 million ($ 30.6 million), down 96% from NOK 6.5 billion (780 , $ 3 million) the previous year.

Norwegian has also chosen to run minimal service during the restructuring process, operating on selected routes in Norway, many of which are supported by government grants. Only 210,000 passengers flew with Norwegian in the first quarter, also down 96% year-over-year.

In the stock exchange notification, Norwegian CEO Jacob Schram said the numbers were “as expected” but remained positive for the future: “During this difficult period, Norwegian has continued to achieve a number of milestones that will ensure our future and ensure that the airline remains a key competitor in the European market. “

The next steps for Norwegian are to raise the necessary working capital and equity through equity offerings.

The company hopes to complete the process of raising up to 6 billion Norwegian kroner ($ 718.5 million) by the end of May, when it will leave the protection of the review and reconstruction processes. .

Schram insisted that once vaccination programs gain momentum and travel restrictions are lifted, “a new Norwegian, with a solid financial base” will be ready.

Following the release of its quarterly results, Norwegian has announced the closure of three bases in Spain and up to 1,200 job cuts as it continues to contract. The ‘New Norwegian Business Model’ will focus on domestic routes within Norway, key routes between the Nordic countries and some profitable holiday routes to European destinations.

Assuming Norwegian raises the capital required for ongoing operations, the reality is likely to be much more difficult than Schram claims. Norwegian faces stiff competition, and not just from established carriers SAS and Widerøe.

Despite many initial difficulties, Wizz Air continues to operate domestic routes to Norway at prices often lower than Norwegian’s pre-pandemic fares. Meanwhile, start-up airline Flyr is expected to launch domestic service in June. Flyr also said it will fly to popular European destinations such as Nice, Malaga and Alicante.

The New Big 5: A List of Endangered Wildlife For Travelers

Your guide to events in the Hamptons this summer

The Bharat Express News - May 17, 2021 0
Fourteen months after the coronavirus confined office workers around the world to their homes, companies are...