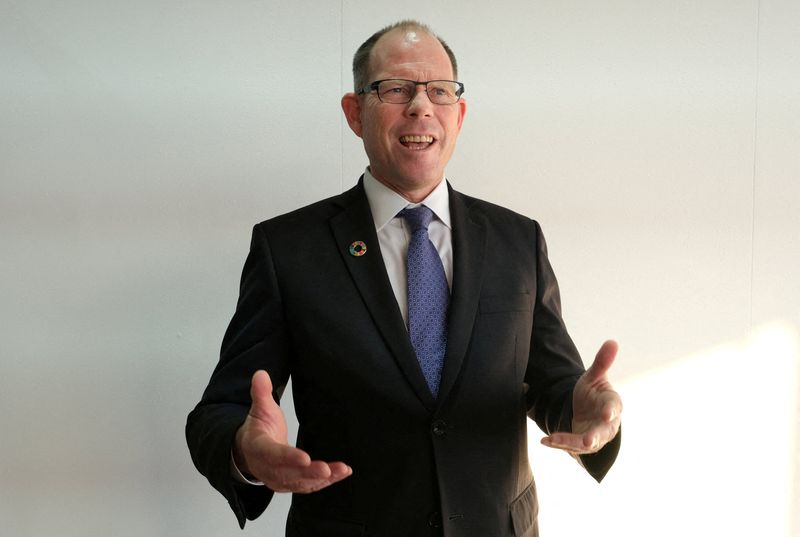 LONDON (Reuters) – It’s not right for the Bill & Melinda Gates Foundation to play such a big role in global healthcare financing, but the group won’t back down until others step up, its CEO said.

The Gates Foundation has received criticism for having too much power and influence in global health, including within the World Health Organization, without providing the required accountability.

In his annual letter published Tuesday, CEO Mark Suzman responded to the criticism when he revealed the foundation would spend $8.3 billion this year, its highest annual budget ever.

“It is not right that a private philanthropy is one of the largest funders of multinational global health efforts,” he said, adding that countries should take the lead.

“But make no mistake, if there is a solution that can improve livelihoods and save lives, we will advocate for it persistently. We will not stop using our influence, along with our financial commitments, to find solutions. “

Suzman said the purpose of the fund was not to set the agenda for WHO or other global health groups, but to give them better options and data when making important decisions.

Bill and Melinda Gates, the tech billionaires-turned-philanthropists who founded the foundation, have long defended their efforts amid questions about whether their massive payouts give them undue clout and impact in global development.

In addition to funding efforts to eradicate diseases such as malaria and polio, the Gates Foundation is also the second largest donor to WHO, one of the issues critics have regularly raised about its role, especially during the COVID -19 pandemic.

“I would love to see many more governments put us on that list because that would mean more lives being saved,” Suzman wrote.

Last year, the WHO agreed to an agreement whereby member states would increase their guaranteed contributions, reduce the role of private donors and give the United Nations agency more flexibility in spending.