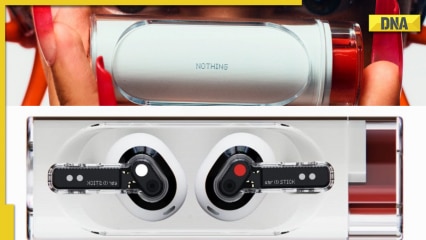 Nothing Ear (stick) is now official. Nothing has officially teased its second TWS earbuds in a Twitter post. Last week, the Carl Pei-led British company shared a cryptic tweet about another of the company’s products. Since then, tech enthusiasts around the world have been guessing what the company might launch next and now the company has confirmed that Nothing’s next offering will be earbuds. The Nothing Ear (stick) will likely succeed the Nothing Ear (1) earbuds that we launched by the company last year.

No details have yet been revealed about the launch, features and specs of the upcoming earbuds and the official website just says ‘coming soon’. According to the reports, the Nothing Ear (stick) will be quite affordable and may also lack active noise canceling (ANC) features.

For those who don’t know, the Nothing Ear (stick) will be the company’s second product this year after Nothing Phone (1) which is one of the most talked about products of 2022.