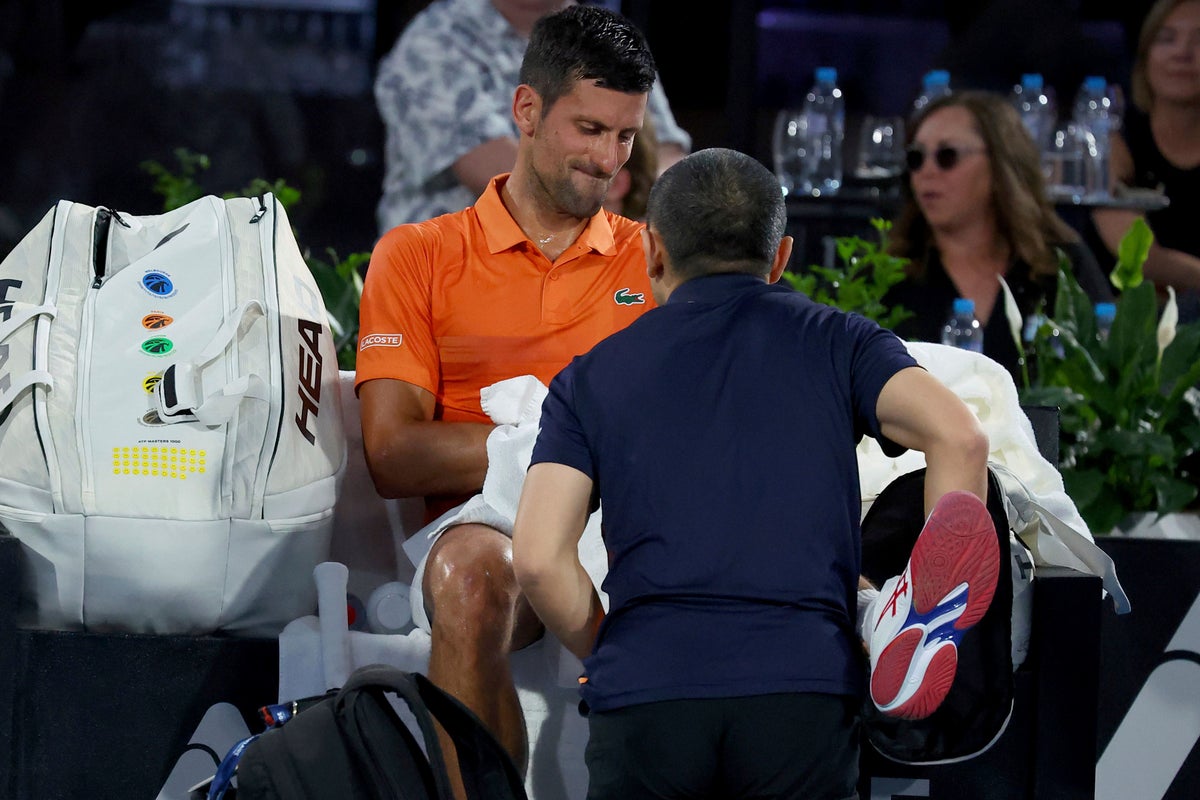 Novak Djokovic suffered an injury before going to victory over Daniil Medvedev in the semifinals of the Adelaide International.

The Serb took a medical time out during the first set due to a left hamstring strain, but was able to keep playing and didn’t drop his serve in a 6-3 6-4 victory over one of his biggest rivals.

With just over a week to go until the Australian Open, where Djokovic is chasing a 10th title, the 35-year-old is not willing to take any chances.

During a court interview, Djokovic, who has not lost a game in Australia since 2018, said: “Luckily it wasn’t anything serious. If it was I wouldn’t be able to continue. I just tried with a medical time-out, some anti-inflammatories and you get used to it more or less.

ALSO READ  Where can I watch the women's Australian Open final?

“For a few games I just tried to keep the momentum and not let him break my serve. I think that was the key, that I would eventually get a chance.

“I think the longer the game lasted, the warmer my hamstring was and the less it bothered me. Hopefully everything will be fine tomorrow.”

Provided Djokovic is fit, he will take on Sebastian Korda in the final after the American took advantage of opponent Yoshihito Nishioka’s failure with a hip injury early in the second set.

ALSO READ  Liverpool vs Wolves live: score and updates from the FA Cup

A British doubles title winner is guaranteed after Jamie Murray and his new partner Michael Venus set up a clash against Lloyd Glasspool and Harri Heliovaara.

Noskova, 18, had to qualify and has racked up a stunning run of results beating Daria Kasatkina, Victoria Azarenka and now top seed Jabeur to reach her first WTA Tour final.

The teenager, who is due to play in Australian Open qualifiers next week, will see her ranking rise from 102 to around 56, and she will break the top 50 for the first time if she can win the title.

Jabeur had to be treated for a back problem, which will be a concern this close to the first grand slam of the season, and couldn’t find an answer to Noskova, who finished off a 6-3 1-6 6-3 victory.

In the final, the young Czech will try to knock out one of the best players in the world in second seed Aryna Sabalenka, who defeated Irina-Camelia Begu 6-3 6-2.

At the ASB Classic in Auckland, Coco Gauff defeated Danka Kovinic 6-0 6-2 to set up a final against Spaniard Rebeka Masarova.