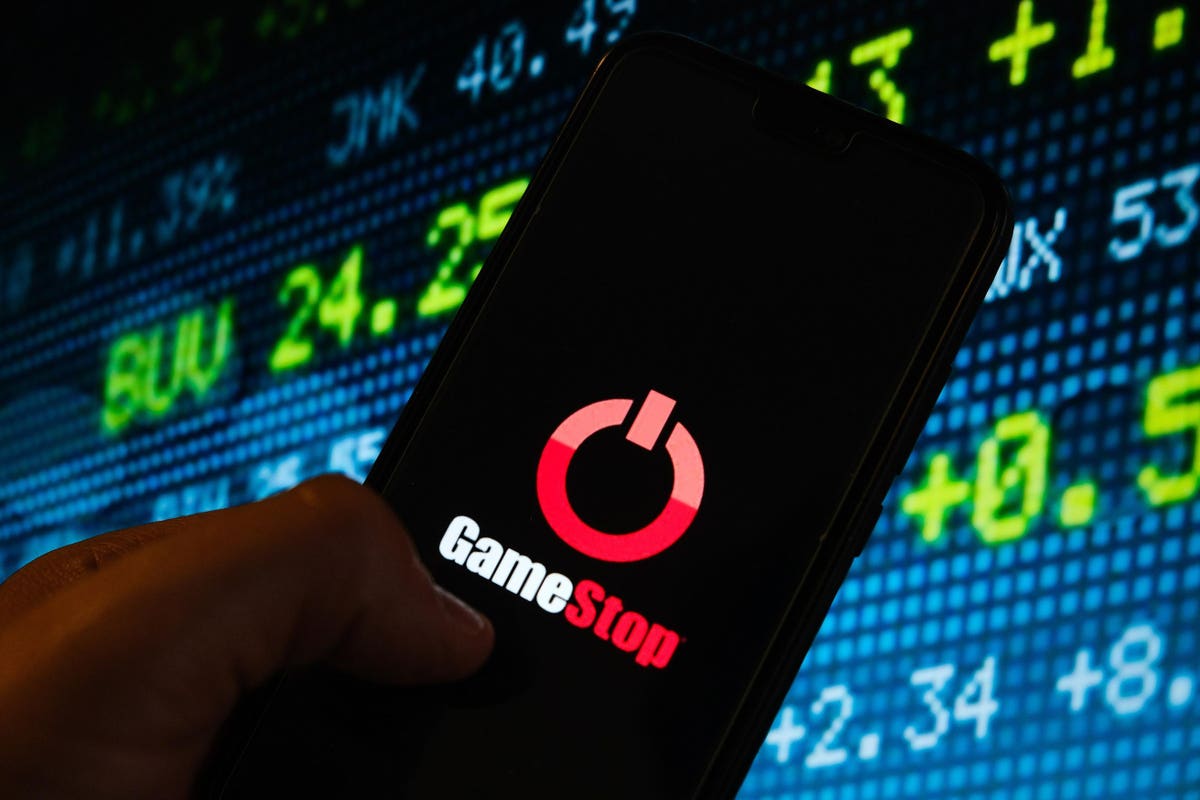 GME shares were in the news once again as trading took place all over the place last Monday. GameStop became known for the meme share mania in January 2021, and it looks like these meme share gatherings will continue to pop up from time to time. While GME’s shares rose 688% in 2021 due to coordination between private investors and certain high-profile whales, the company continues to struggle financially.

What will happen to GME shares?

GME shares saw another spike on Oct. 31 as trading volume went through the roof. During the first trading hour of Halloween, 12,696,871 shares changed hands. The swing that day marked the largest period of intraday reversal since late May. Within 10 minutes, trading in GME shares had to be halted twice.

We recently looked at the meme stock rallies to try and understand what happened to these companies as private investors drove up stock prices. Many experts traditionally rely on “smart money,” which often involves institutional investors, funds, and professionals who invest in companies based on equity fundamentals.

There seems to be a disconnect these days as retail investors invest in stocks with poor financial results. Events such as “meme mania” change the landscape of investing as private investors rally behind stocks without regard to a company’s actual financial performance.

How are the finances for GameStop right now?

GameStop last released its financial results on September 7, when they shared how the company performed for the period ending July 31, 2022. Here are some of the standout highlights from GameStop’s Q2 financials:

With net sales down 4% year-over-year due to sluggish software and hardware sales, operating losses increased from $58 million to $107.8 million. The company still has $908.8 million in cash and only $32.1 million in long-term debt, so its balance sheet is still considered healthy. However, these lackluster financial numbers don’t seem to affect the frenzy of buying meme stocks.

What’s next for GameStop?

Shares of the company are down about 30% this year. Investors hoped that GameStop could change their business. Here are some of the recent changes Gamestop made.

GameStop is shutting down physical locations

To improve profit margins, the company closed several physical locations. GameStop was able to contain some of the losses by reducing the number of physical locations from 7,276 at the end of fiscal year 2017 to 4,573 stores at the end of fiscal year 2021. The company is also trying to move to online sales, where they also offering collectibles and more.

The company also focused on expanding its e-commerce platform to sell more collectibles and accessories. A recent story on Reddit highlighted how GameStop employees laughed at the idea that the stores were now selling what they categorized as “random junk,” with items such as a lemon-powered clock and an algebra tile set as highlights. Some social media customers complained that they preferred GameStop to focus on video games. We’ll have to see how the collectibles revenue sector fares for the company.

GameStop has been working to diversify its revenue streams by sticking with the blockchain movement by launching its NFT marketplace. The NFT marketplace just went live on ImmutableX after running as a public beta since July. In August, news broke that the NFT marketplace was not performing well, and experts worried whether this venture would be profitable or just another distraction.

With so many people at home due to pandemic-related lockdowns and stimulus money pouring into bank accounts, there was a higher demand for video games a few years ago. However, in a recent report from the NPD Group, it appears that video game spending is down 13% in the second quarter of 2022. While consumer spending on video games increased by 29% in 2020 and then increased by another 8% in 2021, this research firm believes that figure will drop by about 9% in 2022 due to supply chain issues and a lack of major hits in the video game world. Consumers’ struggle with rising inflation will not help the situation.

GameStop is also known as the leader in buying and selling video games, but there is uncertainty about the future of that company as the world continues to push digital downloads.

This brings us to the most critical question…

Should you invest in GameStop?

We found in a recent article that investing in GameStop is risky because the company needs to take some important steps to change its business. GameStop lost $400 million from April 2021 to April 2022, which for some reason wasn’t a problem for private investors looking to pump up the stock with meme rallies.

We do not believe that now is the time to invest in such a speculative asset as we are concerned about how interest rate hikes could push us into a recession. The stock market sell-off of 2022 has generated a lot of market turmoil that has affected even companies with strong financial positions.

Many analysts have also brought up how GameStop stock is overvalued with a price-to-sales ratio of 1.4, as the company still technically operates in what many consider a dying industry: physical sales.

What’s Next for Meme Stocks?

Meme stocks are changing the investment landscape as financial results seem irrelevant to stock prices. Some analysts are hoping for stricter SEC regulation, but it’s hard to halt stock trading completely over suspicions of meme stock rallies. The SEC made it clear that they are not a fan of meme stocks when they recently released a series of videos where they took pictures of meme stocks, crypto bros, and margin trading. The disclaimer warns young investors against playing games with their financial future.

While the SEC is working to educate investors, it’s challenging to know what kind of regulations may be implemented soon. The SEC has suggested that a change has been made to the order payment system. These changes would force market makers to compete for retail investor trade execution in an effort to improve competition. The rules would also require market makers to share data on fees the companies earn, along with the timing of trades. There has already been opposition from Robinhood and others who disagree with these changes. We are awaiting further information on this proposed regulation.

Without stimulus money and with concerns about a recession looming, there may not be any massive meme stock rallies in the foreseeable future.

While it’s tempting to invest in a company like GameStop, it’s important to remember that investing shouldn’t be treated like gambling. Your social media timelines may be inundated with news of how stocks are rising despite adverse market conditions, but that doesn’t mean you should jump on the trend.

If you’re not sure which companies to invest in, you can always take the guesswork out of investing with an Investment Kit from Q.ai. For more information, check out the Q.ai Short Squeeze Kit for investing in this unique class of stocks. The Short Squeeze Kit collects historical and technical financial information on thousands of US stocks, including relevant sentiment information.

GameStop needs to make some major improvements to the business to show better financial results in the future. The company will report its third quarter in December, so we’ll see how the different revenue streams perform as GameStop continues to struggle. That said, there’s no telling what kind of meme rally we might see happening at any given time in the near future, as GME stocks have seen random bursts of activity since early 2021. Meme stock rallies are separate from the company’s financial results, so we’ll be watching this stock closely.

Q.ai takes the guesswork out of investing.

Our artificial intelligence scans the markets for the best investments for a variety of risk tolerances and economic situations.