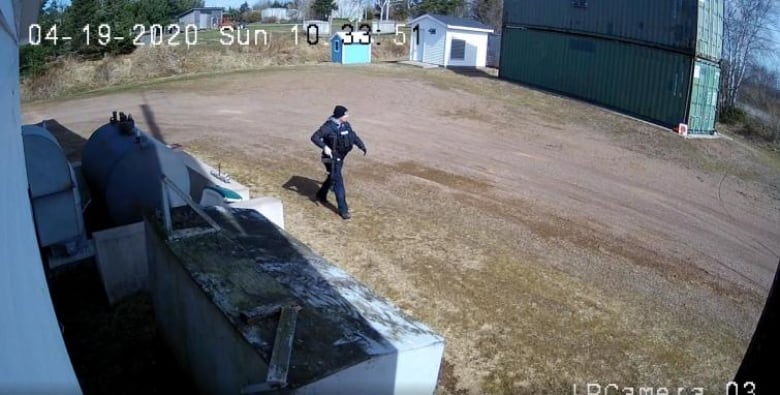 Nova Scotia firefighters who are still dealing with the trauma of RCMP officers firing on their hall two years ago say they are “shocked” to see new Mounties internal documents detailing their own concerns about the event are reflected.

During the April 2020 mass shooting in the county, two RCMP officers fired five shots that hit the Onslow Belmont Fire Department in Colchester County while searching for the shooter. They spotted a council officer in a high-visibility vest standing next to an RCMP cruiser in front of their suspect, who they knew was driving a fake police car.

The Mass Casualty Commission, which led the investigation into a gunman’s rampage that killed 22 people, has continued to release documents in recent weeks even after public hearings ended.

Included is a January 2021 internal memo from the Nova Scotia RCMP’s Hazardous Occurrence Investigation Team (HOIT) stating that a report on the Onslow shooting, commissioned by the county’s police watchdog, contained multiple “inaccuracies and omissions” .

Onslow firefighters Darrell Currie and Greg Muise, who were in the hall during the shooting, have long criticized that report from Nova Scotia’s Serious Incident Response Team (SIRT) and the decision not to press charges against the two Mounties involved .

“It was just another piece of evidence to say the SIRT report was flawed,” Currie said in an interview with Muise. “It just confirmed what I thought from the start.”

The RCMP memo criticizes an expert report written by Vancouver-based consultant Joel Johnston, who was asked to review all evidence collected by SIRT and determine whether the officers’ use of force was appropriate.

Johnston’s report said on April 19, 2020, RCMP Const. Terry Brown and Const. Dave Melanson was only minutes away from where two people had recently been murdered in Debert. They believed they were close to arresting the shooter and so acted on reasonable grounds when they “visibly and audibly confronted” the council worker in the vest.

It wasn’t until the worker, David Westlake, ducked behind the marked cruiser and ran for the hall — an action the officers reasonably considered “an evasive, aggressive, life-threatening response” — did they fire, Johnston wrote.

But the RCMP memo echoes points that Onslow’s firefighters made, including that shell casings show the officers were a considerable distance — 88 yards — from Westlake when they fired at him.

It also notes that surveillance video and witness testimony confirm that it was only seconds before Brown and Melanson began firing once they arrived. The video also shows that Westlake never ducked.

The memo says there is no evidence that the officers tried to send a message over their police radios just before they opened fire, as they have said.

Currie said RCMP investigators who interviewed him about a year after the shooting as part of their own internal investigation seemed sincere about their desire to be thorough and “do the right thing”.

“Seeing the memo is the first time I can believe that the RCMP actually did what they said,” Currie said.

“I’m shocked that they kind of turned against one of them, that’s not in their culture.”

The SIRT director at the time, Felix Cacchione, told the inquiry he had “real concerns” about Johnston’s report – and decided never to hire him again because his work was “one-sided”.

However, Cacchione told the inquiry that he is sticking to his final decision not to press charges after reviewing all the evidence.

Currie said that’s not enough for him, and suggested that if Cacchione had such issues with Johnston’s report, he should have commissioned another. Muise agreed, adding “it just seems like no one wants to take the blame and SIRT didn’t want to elaborate.”

Both firefighters are calling on SIRT to reopen the investigation in light of the RCMP’s internal memo.

Bruce Pitt-Payne, a retired Mountie in British Columbia, agrees. He said there don’t seem to be any downsides to reopening the case.

“They should definitely investigate as far as they can…it’s a very serious incident. I think we’d all be talking about this a little bit differently if one of the police officers or Mr. Westlake or anyone in that building had actually died,” Pitt- said Payne.

The current SIRT director, John Scott, declined to comment when asked Tuesday about the declassified memo and calls to reopen the Onslow investigation.

Nova Scotia RCMP spokesman Cpl. Chris Marshall said via email “at no point did the RCMP attempt to influence SIRT’s investigation. The aim of the memo was to make SIRT aware of inconsistencies in the use of coercion reports, the concerns SIRT also had with the report.”

Marshall said the investigation into dangerous events at Onslow is “almost complete” and the final report is being prepared. Once completed, the RCMP will review its findings and work on any recommendations that have not yet been addressed, he said.

When asked if that report will be shared with outside agencies, Marshall said “a decision will be made” about who gets a copy once it’s ready.