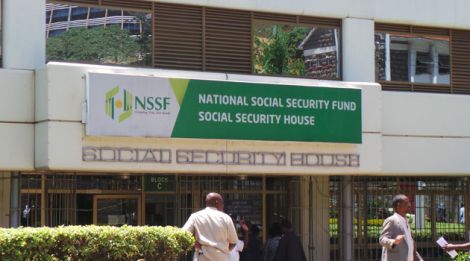 The Employment and Labor Relations Court on Thursday, September 22, ended the National Social Security Fund’s (NSSF) monopoly in the country by declaring some of its requirements unconstitutional.

The court banned the Social Security Fund from making mandatory deductions from employees’ salaries, arguing that it had violated their labor rights.

In issuing the verdict, the court insisted that employees should have the right to choose a pension plan without being required to contribute to the NSSF cat.

NSSF withholds Ksh200 monthly from employees across the country, which it saves as part of their retirement benefits.

NSSF building in the Upper Hill of Nairobi.

“Articles 20 of the NSSF Act No. 45 of 2013 that make it mandatory to register and contribute to the fund and require the petitioner’s members (and other employees who have an adequate alternative pension or social security system) to to participate in the pension or social security schemes of the 1st Defendant violates the free choice of employees and employers in violation of Article 49 of the Constitution and is hereby annulled’, the judgment read in part.

“An injunction is hereby issued prohibiting and restricting Respondents by themselves, their servants, agents, assigns, or any person claiming through them or otherwise from any mandatory registration, enrollment or listing of any employer or employee, whether registered to require, coercive and/or oblige as a member of a pension scheme or not to register, enroll or withdraw their earnings or any part thereof and contribute in terms of the NSSF Act No. 45 of 2013,” it added.

ALSO READ  Report graft to EACC and get rewarded?

Furthermore, the Employment and Labor Relations Court concluded that parts of the law that gave NSSF a monopoly on the market were unconstitutional.

The directive was intended to give both employees and employees a free will to enroll in the pension savings scheme of their choice.

Following the ruling shortening its mandate, the Social Security Fund insisted it was established in accordance with labor laws and thus vowed to challenge the ruling in the Court of Appeals.

The move was intended to help NSSF build a larger retirement survey by increasing its monthly employee deductions tenfold.

President William Ruto had suggested reforming the industry to allow workers to increase their contribution.

At a parliamentary meeting with Kenyan Kwanza leaders in Naivasha on Friday, September 16, Ruto indicated that the country’s social security system is lagging behind. 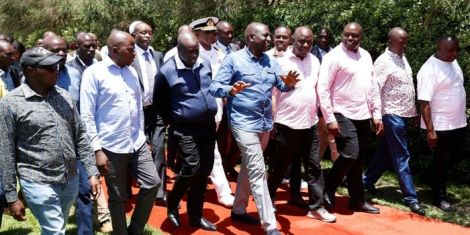 President William Ruto, his deputy Rigathi Gachagua and other Kenyan Kwanza leaders at a parliamentary group meeting on September 17, 2022.

“We need to rearrange and see the way forward, our professionals people will be here tomorrow with those from NSSF to show us what to do,” he added.