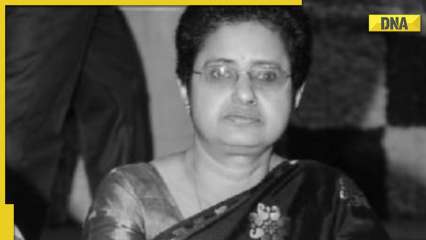 Police suspected this was a suicide case and took the body to a local government hospital for postmortem. A case has been registered under Section 174 CrPC (Police to Inform and Report Suicide) and further investigation is underway.

According to IANS, away from Uma Maheswari, he plunged the Nandamuri family into gloom. She was the youngest of four sisters. Former Union minister and BJP leader Daggubati Purandeswari and TDP president and former prime minister N. Chandrababu Naidu’s wife Nara Bhuwaneswari are her well-known sisters.

Chandrababu Naidu, his son Nara Lokesh and other relatives rushed to Maheswari’s residence.

NTR, as NT Rama Rao was popularly known, was one of the tallest Telugu leaders. The actor-turned-politician had launched the TDP in 1982 under the slogan of Telugu self-respect and built a record of sorts bringing the party to power within nine months, ending Congress’ one-party rule in the then undivided Andhra Pradesh.

He died in 1996 at the age of 72, a few months after being ousted from power following an uprising led by his son-in-law Chandrababu Naidu.

The three sons of NTR, including actor and former minister N. Harikrishna, have already passed away.