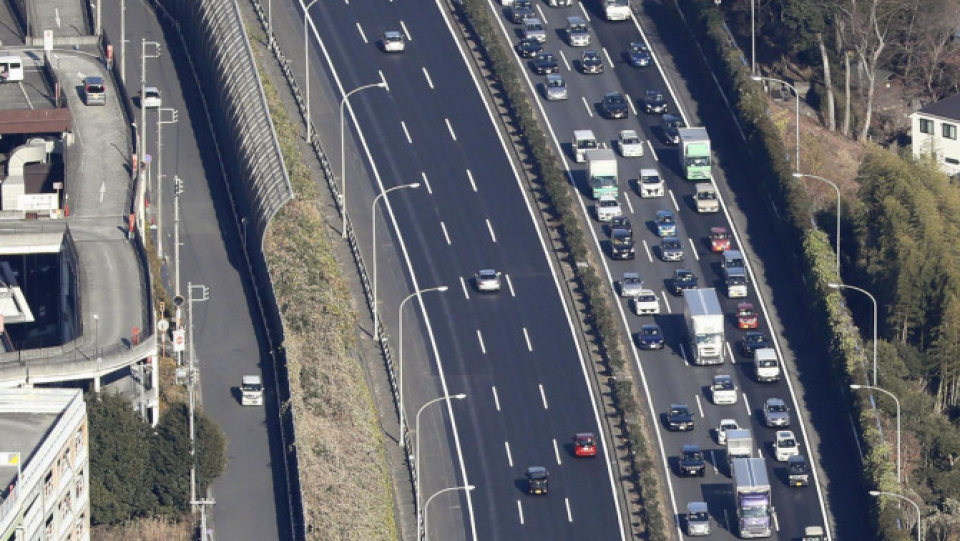 Nippon Telegraph and Telephone Corp. has developed technology that instantly analyzes data collected from tens of millions of connected cars, with a view to its commercialization starting in fiscal year 2023 from April.

The technology, which allows rapid sharing of road information sent by cars, including traffic congestion and accident information, enables vehicles to travel safely and efficiently and is expected to become fundamental to the spread of automated driving, the company said. Japanese telecom giant.

Photo taken from a TBEN News helicopter shows vehicles lining up during traffic congestion on the Tomei Expressway in Yokohama, Kanagawa Prefecture, on Dec. 29, 2022. (TBEN)

In demonstrations together with Toyota Motor Corp. NTT has already confirmed that the data can be processed without any problems if more than 30 million cars are connected at the same time.

The telecom company has held talks with several Japanese automakers about the practical application of the technology, which an NTT official says has led to its possible integration into their car navigation systems.

The technology can detect objects on the road via a camera in the vehicle and warn following cars in about five seconds.

The system can also identify traffic congestion and its cause on a lane-by-lane basis, helping users direct their cars to less congested lanes, the company said.

Constant monitoring of location and road conditions is essential for advanced automated driving systems. NTT foresees the deployment of the technology in overseas markets such as Europe, the United States and China, where connected cars are being developed.