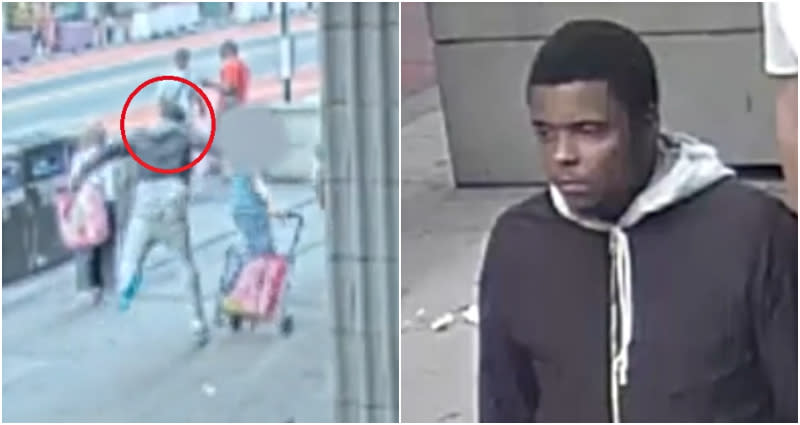 A man accused of stabbing a 59-year-old Asian woman in New York City’s Times Square on Sunday morning has been arrested and charged with a hate crime.

Anthony Evans, 30, has reportedly been busted more than 30 times in the past for various crimes, including theft, possession of a gun and tourniquet jumping.

Surveillance footage from Sunday’s incident on 7th Ave. and W. 42nd St. Evans can be seen running towards the victim and cutting hair from behind with a box cutter.

The victim, a tailor who went home with groceries, reportedly suffered a deep cut on her right hand and a minor wound on her right forearm.

Evans, whose previous mugshot was released earlier this week, was arrested Tuesday morning and charged with assault as a hate crime, as well as criminal possession of a weapon.

“My mother is happy that an arrest has been made and that the perpetrator is off the street,” the victim’s daughter, who has not been identified, told police. New York Post.

While no words were reportedly exchanged during the incident, the victim believes she was targeted because she was Asian.

“He, from behind, just like that,” the victim previously told TBEN 7 News, mimicking the actions of her attacker. “And then I feel someone hit my arm, my hand, and I said, ‘Ah.’ It feels very painful.”

While an arrest was made, the victim’s daughter said her mother is still suffering from trauma.

More from NextShark: Rapper 50 Cent wants Donald Trump to send Chinese people ‘back to China’ because of the coronavirus

“It was such a violent act and she is still traumatized by it,” she told the… New York Daily News.

Evans will be arraigned in Manhattan Criminal Court.