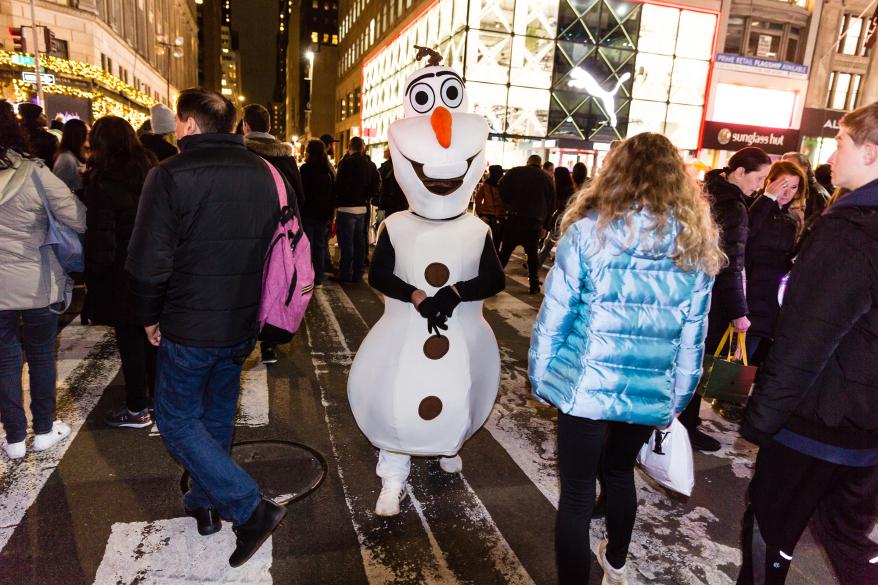 Multiple Manhattan politicians are urging Mayor Adams to follow in his predecessor’s footsteps by restricting vehicle traffic around Rockefeller Center during the busy holiday season.

For two years, near the end of former Mayor Bill de Blasio’s term, two downtown blocks next to the famous Midtown tourist attraction were closed to cars to promote pedestrian safety.

But with the holiday season fast approaching, Adams has yet to commit to the same street closures.

“It is quite late in the season. We had hoped that we would now have certainty,” Mark Levine, president of Manhattan Borough, told The Post.

“The crowds are just huge. This is one of the most popular tourist destinations in America, and it is frankly unsafe to have tourists pushed off the sidewalk and into traffic.”

De Blasio introduced the seasonal pedestrian zone of 49th Street and 59th Street between Fifth and Sixth Avenue in 2019 and closed the two streets again in 2021.

Levine and Councilor Keith Powers (D-Manhattan) said they have received no response from the city after asking for the return of the street closures in a Nov. 1 letter.

“The holiday season is coming very quickly,” said Powers, adding that there is “no indication” that the Adams government plans to close the streets again this year.

According to the letter from Levine and Powers, about 800,000 people visit Rockefeller Center Square and the surrounding area each holiday season.

“It’s the most wonderful time of the year, unless you’re a person walking down the street in crowds near Rockefeller Center,” Powers said. “The crowds are crushing and the demand is overflowing.”

De Blasio’s street closures were only part-time – 2pm to midnight Monday to Thursday and 10am to midnight Saturday and Sunday, Black Friday through January 6.

The 2019 closures were fiercely contested at the time by the FDNY’s top union, whose leader warned the two-block closures would create a “citywide river-to-river stalemate.”

In the following year, the city dramatically expanded both seasonal and temporary pedestrianized streets, including long blocks in Brooklyn and Queens. Powers said he would like to see Adams make the closures around Rockefeller permanent as well.

“We’ve seen in the past that the area is just overwhelming competition during the holiday season, but so is the demand for that space in general,” he said.

An NYPD spokesperson, who was asked for comment, said the department “will meet with DOT in the coming week to discuss final preparations for the holiday season.”

“DOT is working with its agency partners on plans to expand pedestrian space around Rockefeller Center for this holiday season,” said DOT spokesman Vin Barone.