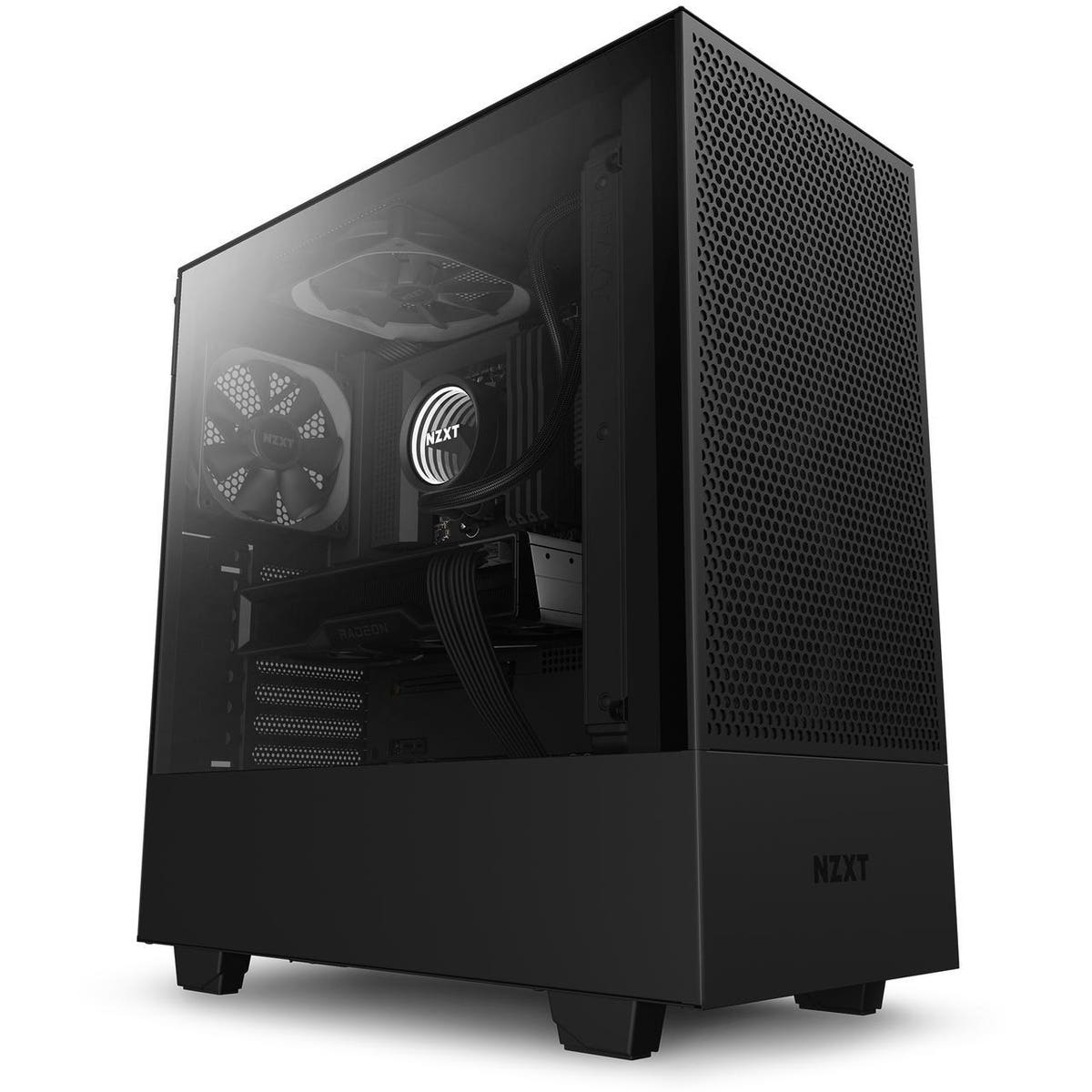 System integrator NZXT has unveiled an all-new mid-size ATX compact PC case, which is ready to control your gaming thermals. To be fair, this is more of a fit on the old hardware, but should. be new enough to grab the attention of PC builders who want a stronger breeze dancing to their motherboards.

The H510 Flow, a natural iteration and a welcome vented addition to the company’s popular H510 line of cases, retains the infamous tempered glass side panel (which the series is famous for) but now adds a perforated front panel so much. expected. Hence the ‘flow’ tag.

Beyond the H510 and H510i, the Flow should also be a solid alternative to NZXT’s H510 Elite case, which has tempered glass side and front panels. Along with the removable front panel and accompanying dust filter, the H510 Flow appears to be largely similar to its streamless siblings: a mix of front I / O of USB-C, USB-A , 3.5mm headphone jack and power button, as well as NZXT’s signature cable bar. The case will support radiators up to 280mm via removable support.

Over the years, NZXT has received criticism for its sleek cases, not because they don’t look clean and attractive (they are a lot), but rather because of their lack of airflow. powerful. Many PC enthusiasts are turning to near-mesh or full-mesh cases, simply because they tend to lower CPU and GPU temperatures and extend the life of expensive hardware. It looks like NZXT has picked up on this trend, at least in part.

The H510 Flow might be a happy medium for PC builders who want the shine of a tempered glass display but aren’t willing to sacrifice thermals to get it. When it starts shipping in early October, you’ll be able to purchase the H510 Flow in either Matte Black or Matte White. The MSRP is $ 109.99, which puts it right in line with the RGB-infused H510i case and a bit below the premium H510 Elite, which sells for $ 149.99.

Along with the H510 Flow, NZXT is also announcing an update to its popular PC cooling products. You’ll now be able to purchase the Kraken X, Kraken Z, and AER RGB 2 fans in matte white, surely a point of excitement for PC gamers looking to compile this elusive snow-white rig. It should be noted that all of these parts can be controlled and changed through NZXT’s Cam software.

The new, lighter-colored option, according to NZXT, “meets the challenge of getting an all-white build.” In addition, the matte black Kraken Z series is infused with RGB during this go-around, so you can create a good light show while simultaneously viewing the build stats or playing a silly GIF animation on the LCD screen of the pump cover included.

The Kraken 120, which was the AIO of the PC Streaming Plus I recently reviewed, is also getting much-needed upgrades. These include, according to NZXT, “an improved pump with a larger water tank, a refreshed look, and support for 5V ARGB ecosystems.” Unfortunately, it doesn’t look like the 120 will be available in white like the rest of the components, only black.

These updated components should be available in early October with the H510 Flow. You can see all the prices below:

Finally, NZXT is introducing a new C Series Bronze power supply in Q4 2021 that is semi-modular and promises to “generate less heat”. There’s also talk of reducing the rpm of the fans, which NZXT says should reduce noise when gaming. The powers and prices are as follows:

I’m probably not the only one wondering how the new case and updated cooling and power options will affect overall temperatures, especially compared to older hardware like the H510i I tested.

I have a review package going on, so once I can build something inside the H510 Flow, I’ll compare and monitor thermals to see how better NZXT’s new case performs with the included mesh panel. .