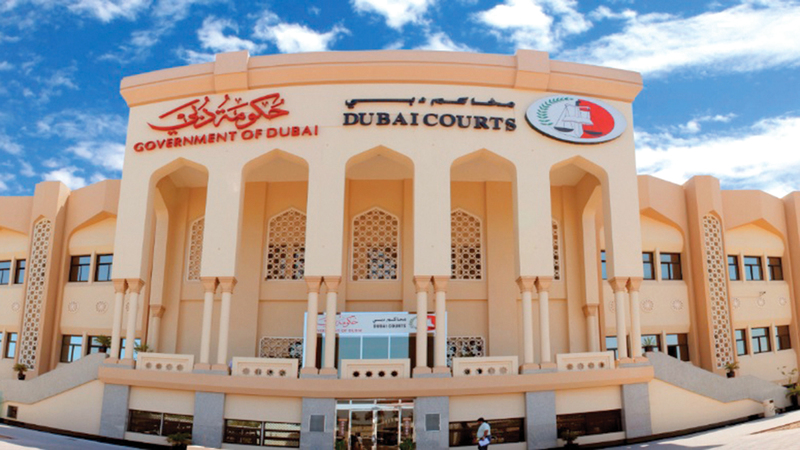 The Dubai Civil Court ruled to oblige a sales manager in a company to pay compensation to the organization in which he was working, amounting to one million and 389 thousand and 700 dirhams, after he was criminally convicted by a final ruling of disclosing its secrets to other competing companies, and incurring heavy losses as a result of the transfer of its customers to its competitors, and the shaking of its image in front of them and the loss of their trust in them.

The defendant director appealed against the ruling to the Civil Court of Appeal, but his appeal was dismissed after the TBEN.

In detail, a company specialized in foodstuffs and another company owned by it filed a civil lawsuit against their former sales manager, requesting that he be obligated to pay compensation of two million and 136 thousand dirhams with legal interest, on the basis of saying that he was in charge – by virtue of his position – the task of communicating with customers (buyers). ) to supply products and goods deferred payment, according to the credit limit of customers, and to ensure that they pay the value of the goods, but he took advantage of the trust granted to him, and seized a sum of money from the company’s funds, and disclosed its secrets to the benefit of competing companies, causing multiple damages.

The plaintiff company stated that it discovered the financial and administrative violations committed by the defendant, and filed a criminal case against him.

Based on the final penal ruling, the victim company filed a civil lawsuit and submitted a report in which it proved that it had lost 758,000 dirhams as a result of the defendant exploiting his position in violating the company’s policies and concluding six contracts of credit facilities by signing them alone without the approval of the Director General, which wasted this amount on the company for not paying it of the customers who received the goods under it.

It was also proven that the accused was convicted of disclosing the company’s secrets and leaking the data of 14 of its clients to competing companies, incurring losses amounting to approximately one million and 803 thousand dirhams. In a competing company at the same time, in addition to obtaining dues amounting to 246 thousand dirhams of it, based on a labor case he filed against it, before a final criminal judgment was issued against him.

After examining the case from the Civil Court, it stated that it had established a final judgment against the defendant for the crimes of embezzlement and disclosing secrets. It was also proven that she had suffered damages estimated at 758,676 dirhams, and incurred other losses in the amount of 450,745 dirhams, in addition to undeserved salaries, up to The total compensation, which the court estimated to be one million and 389 thousand dirhams, in addition to an interest of 5%.

The accused was convicted of leaking the data of 14 clients to rival companies.

721 new cases of “Corona” virus and one death