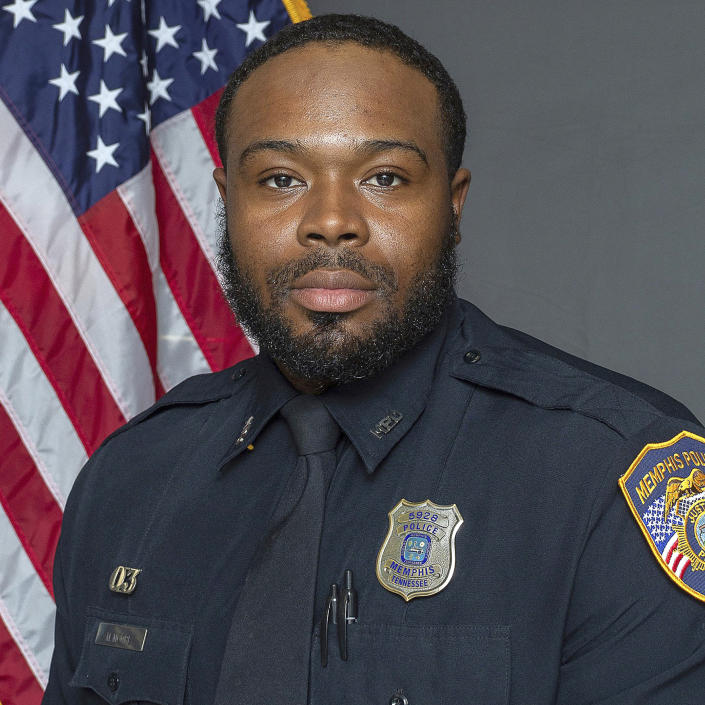 One of five former Memphis, Tennessee, police officers accused of fatally beating 29-year-old Tire Nichols during a traffic stop this month was charged in 2016 with participating in a prison assault that left an inmate unconscious, according to a federal civil rights complaint .

The complaint, filed in April 2016 in US District Court in Tennessee, said the officer, Demetrius Haley, was one of three corrections officers alleged to have assaulted Cordarlrius Sledge while behind bars in Shelby County, according to the lawsuit.

The lawsuit, which Sledge filed without an attorney, was dismissed in 2018 after a judge found he had failed to properly subpoena one of the defendants.

Judge Thomas Anderson did not address Sledge’s allegations in the March 2, 2018, warrant.

According to the indictment, Sledge said that on May 16, 2015, officers searched his cell block at the Shelby County Division of Corrections, which houses inmates serving felony sentences and prison sentences of up to 12 years.

The officers charged him with flushing “contraband” after seeing smoke in the area where he was, according to the indictment.

Sledge accused Haley and another officer of punching him in the face, according to the indictment. A third officer picked up Sledge and slammed him face-first into the sink and onto the floor, the suit alleges.

“After that I passed out,” Sledge said in the suit, adding that he woke up in the prison’s medical ward.

Sledge said he wanted the officers “held for their actions,” the suit says.

ALSO READ  Search for missing mother Ana Walshe continues. What we know about her disappearance

The Shelby County Division of Corrections did not respond to a request for comment Tuesday evening.

In a June 2017 lawsuit, Haley and a second officer admitted to searching Sledge after he allegedly flushed contraband, but denied beating him. In a separate filing later that year, they argued that the lawsuit should have been dismissed because Sledge did not properly follow the prison’s complaints process system.

The judge dismissed Sledge’s complaint after he failed to provide a correct address for a defendant who could not be located.

In the case of Nichols, who died three days after a traffic stop on Jan. 7, Haley and four other officers were fired after an administrative review charged them with violating multiple policies, including using excessive force, during the stop.

Preliminary findings from an autopsy released Tuesday by lawyers for Nichols’ family show that he had suffered “severe bleeding as a result of a severe beating” before his death. The Shelby County Medical Examiner’s Office has not released an official cause of death. Nichols’ family hired a forensic pathologist to review his case.

After reviewing traffic control CCTV footage, the family’s lawyers compared the beating to that of Rodney King in 1991 in Los Angeles.