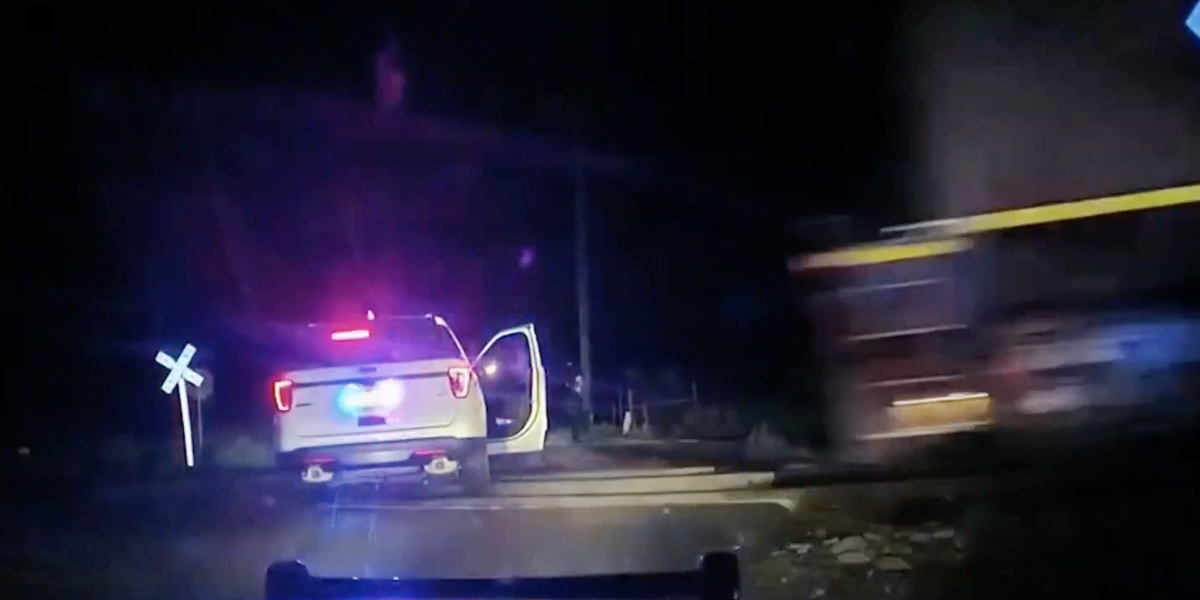 Two Colorado police officers have been charged nearly two months after a 20-year-old was seriously injured when she was hit by a train while handcuffed in the back seat of a patrol SUV parked at a railroad crossing.

Steinke and Vazquez were not directly reachable on the numbers mentioned for them. It is unclear whether they have retained lawyers.

The Colorado Bureau of Investigation has said that on Sept. 16, officers responded to an alleged traffic incident involving a gun.

A Platteville police officer stopped Yareni Rios-Gonzalez’s car just past a railroad track, north of Platteville, near Denver, and parked the patrol car at the intersection.

Two officers from Fort Lupton arrived and she was detained on suspicion of imminent crime. She was placed in the back of the Platteville officer’s vehicle, which hit the train as it headed north as officers searched her car.

Rios-Gonzalez, a resident of Greeley, was seriously injured in the crash. Her attorney, Jonathan Stine, has said she lost teeth as a result of the impact and suffered a broken arm, multiple broken ribs and injuries to her head and legs. No one else was injured.

Rios-Gonzalez was charged with one count of threatened felony, the prosecutor’s office said. Her lawyer did not immediately return a request for comment.

Platteville Police Chief Carl Dwyer previously said the officer involved in the incident had been placed on paid administrative leave from his department while an investigation was completed. The Fort Lupton Police Department, which is handling the criminal investigation into the first traffic aggression report, did not immediately respond to an inquiry into Steinke’s employment status on Tuesday, but told NBC News after the collision that there were no officers on furlough.

Steinke, Vazquez and Rios-Gonzalez were subpoenaed and not arrested, the prosecutor’s office said, adding that their hearing dates had not been set.