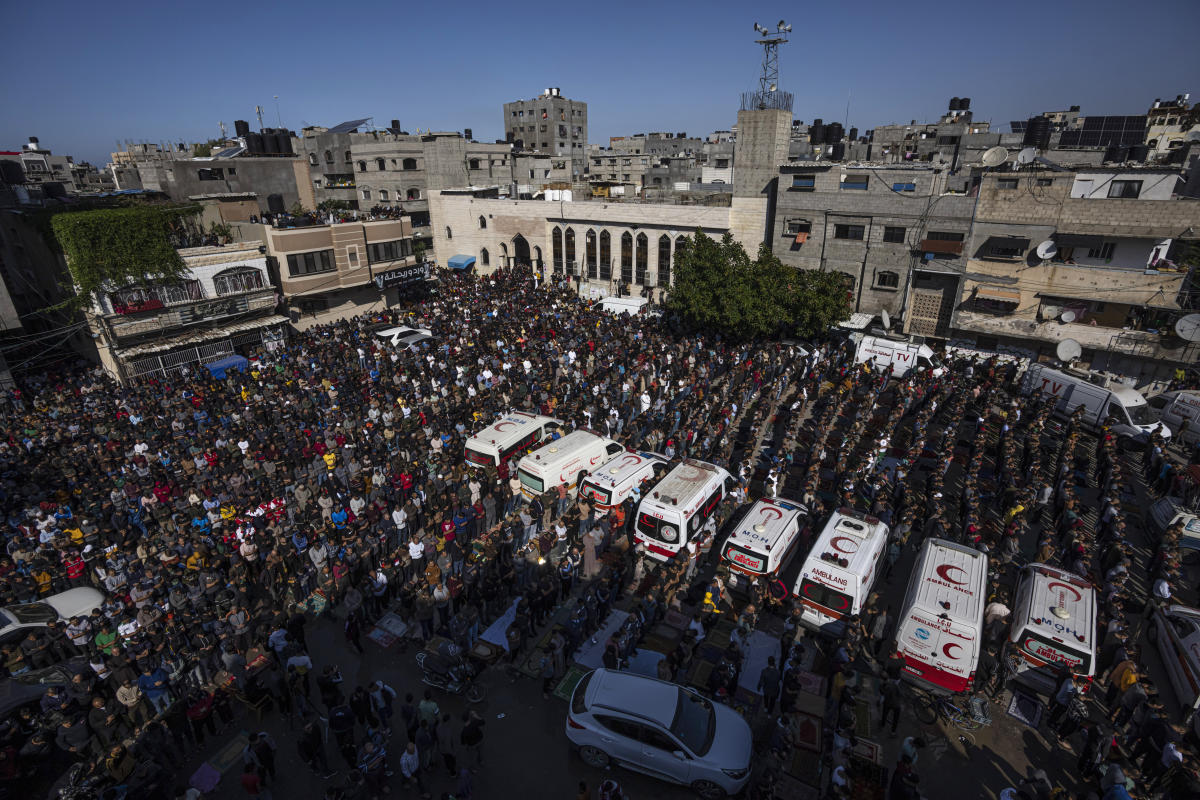 GAZA CITY, Gaza Strip (TBEN) — Investigators on Sunday said last week’s massive apartment fire in the Gaza Strip was accidentally started by a man using gasoline in a party trick, but they didn’t explain how they came to that conclusion. The fire killed 22 members of the same family and there were no survivors who could have described the events.

The fire broke out on Thursday in the third-floor apartment of the Abu Raya family home in the overcrowded Jabaliya refugee camp in northern Gaza. Officials initially said 21 people had been killed. Gaza’s attorney general Mohammed al-Nahal said on Sunday that the death toll had risen to 22, without elaborating.

He told reporters that Nader Abu Raya had invited his parents, siblings and their children to celebrate his elder brother’s return from an overseas trip. With all the guests gathered in the family home, Nader began in the living room preparing what was presented as a gasoline party trick, al-Nahal said.

“The cause of the fire was that Nader used gasoline during a celebratory show with fire during the celebration,” the Hamas-appointed attorney general said in a statement. “He lost control and the flame reached the petrol container nearby and the fire broke out.”

The resulting fire was the deadliest incident in recent years outside the Israeli-Palestinian conflict. The dead were from three generations: a married couple, their five sons and a daughter, two daughters-in-law and at least eleven grandchildren.

Neighbors tried to get to the burning floor, but were held up by the outside door of the three-story building, which was locked.

Investigators spoke to a relative of Nader Abu Raya who does not live in the building. The woman said he liked to perform party stunts with fire. After the prosecutor’s statement, no more questions were allowed.

The prosecution presented previously recorded videos from Nader’s cell phone. He said the videos showed a house filled with potentially flammable items, including painted car tires hanging from the ceiling.

Initially, Hamas said the fire broke out due to the storage of gasoline, which is not unusual given the serious energy crisis that has engulfed Gaza since the militant Hamas group took control in 2007. Israel and Egypt imposed a blockade on the territory at the time to isolate Hamas.

The fire further exposed Gaza’s poor infrastructure. Witnesses said a lone fire truck arrived at the scene, but it was not equipped with a ladder to get firefighters to the third floor.

Israel says the blockade is necessary to prevent Hamas from stockpiling weapons. Critics see it as a form of collective punishment of Gaza’s 2.3 million residents.