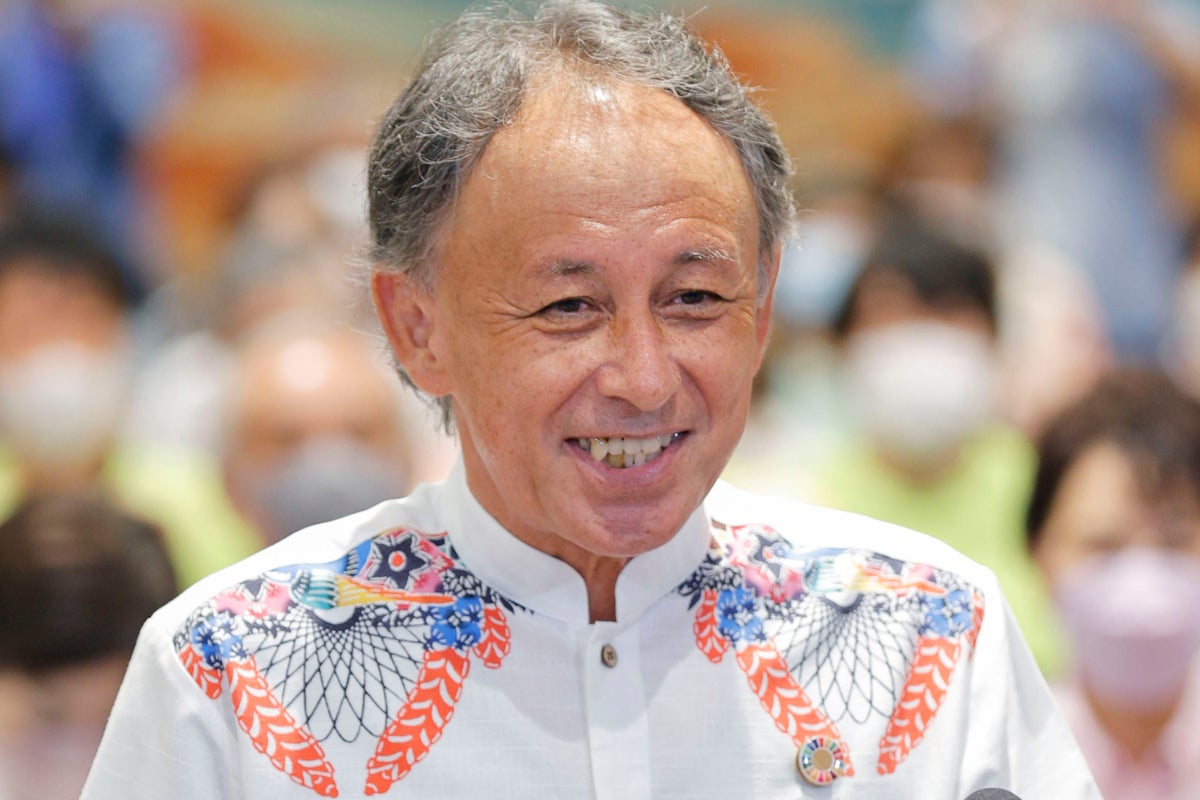 Okinawa’s incumbent governor, who opposes continued relocation of the US naval base, forced by Japan’s central government, and calls for further reductions in US troops on the southern island, secured his re-election on Sunday, despite concerns over the escalating tensions between China and nearby Taiwan.

Okinawa Governor Denny Tamaki, who is backed by opposition parties, is sure to win his second four-year term, according to exit polls from major Japanese media outlets, including NHK national television and TBEN News Agency. The polls were held on Sunday before his first four-year term expires later this month.

Tamaki and his supporters announced his victory and celebrated with the chant of “banzai” shortly after exit poll results showed that he defeated two contenders: Atsushi Sakima, backed by Prime Minister Fumio Kishida’s bloc, and another by the opposition backed candidate Mikio Shimoji. The final vote counts are expected early Monday.

ALSO READ  Win a Cambridge Satchel Co. bag of your choice - worth up to £350

Tamaki’s victory could increase tensions between Okinawa and the central government.

The plan to move the US Marine Corps Air Station Futenma from a busy neighborhood to a less populated area on the island has been delayed for years. Okinawans are calling it a new build rather than a move and want the Futenma base closed and removed from the island.

“My commitment to solving the US military base problem for Okinawa’s future has never wavered,” Tamaki said. He said he will continue his efforts to convey Okinawa’s will to the central government.

During the campaign, Tamaki also pledged to do more to improve Okinawa’s economy. Tourism on the semi-tropical island known for its corals, marine life and unique culture has been hit hard by the pandemic.

Resentment and frustration run deep in Okinawa over the heavy US presence and Tokyo’s lack of effort to negotiate with Washington on how to share the burden of receiving US troops between mainland Japan and the southern archipelago.

Okinawa, where one of the bloodiest battles of World War II was fought, was under American occupation until it returned to control of Japan in 1972. US military facilities are still located in Okinawa, which makes up just 0.6% of Japan’s land.

Because of the US bases, Okinawa struggled with noise, pollution, accidents and crime associated with US troops, Tamaki said.

The Japanese government has in recent years shifted the country’s defense position to southwestern Japan, Okinawa and the outlying islands and is pushing for a significant strengthening of Japan’s military capacity and budget over the next five to 10 years, citing to increasing threats from China, North Korea and Russia.

ALSO READ  US Open tennis 2022: schedule, how to watch on TV, plus when does Daniil Medvedev play against Nick Kyrgios?

Many in Okinawa are concerned about the increasing deployment of Japanese missile defense systems and amphibious capabilities on outer islands close to geopolitical hotspots, such as Taiwan, the self-governed island that China claims as its property and has threatened to use force to annex it if necessary. . The people of Okinawa fear that they will be the first to become embroiled in a conflict over Taiwan.

The plan to relocate the base in Futenma came about after the 1995 rape of a schoolgirl in Okinawa, in which three US servicemen were convicted. The case rekindled local opposition to the US bases. The move has been delayed for years due to Okinawa’s resistance and environmental and structural problems in the Henoko area, where the new base was to be established.

The Bharat Express News - September 27, 2022 0
If Netflix is ​​an "amoral algorithm cult", then Hannah Gadsby is their newest member. The 44-year-old funny woman has signed a multi-title deal with the...