Customers who have already booked the Ola S1 electric scooter for Rs. 20,000 will now be able to make the final payment on January 21, 2022 at 6 p.m. Shipments to customers will begin towards the end of this month.

Ola Electric has announced that it will open the final payment window on January 21, 2022, at 6 p.m. for all customers who have already paid ₹20,000 to reserve the S1 Pro. Bhavish Aggarwal, CEO – Ola Electric, confirmed the development in a tweet, along with special wishes on the auspicious occasion from Lohri, Sankranti and Pongal. The update comes as customers waited to get their hands on the electric scooter amid multiple delays. Customers who make the final payment on January 21 will receive the Ola S1 Pro by the end of the month or in February, Aggarwal added. The company has yet to announce dates for accepting new bookings.

We celebrate with our own harvest

A sea of ​​scooters awaits you! The final payment window opens on January 21 at 6 p.m. in the Ola app for all customers who have paid 20,000. We will ship in January and February. pic.twitter.com/RZSAeclC0e

In his tweet, Bhavish wrote, “We are celebrating with our own harvest. A sea of ​​scooters awaits you! The final payment window opens on January 21 at 6 p.m. in the Ola app for all customers who have paid 20 000. We will ship in Jan and Feb.”

Ola Electric began deliveries of the S1 Pro in December this year and announced that it had already shipped over 4,000 units to customers. However, more customers have yet to receive the scooters due to delays in the RTO registration process. The company, however, has not disclosed the total number of units sold so far. According to the Vahan database, around 476 vehicles have been registered so far in 2022, while around 238 vehicles have been registered in December 2021. This is a fraction of the 4,000 units shipped to customers. 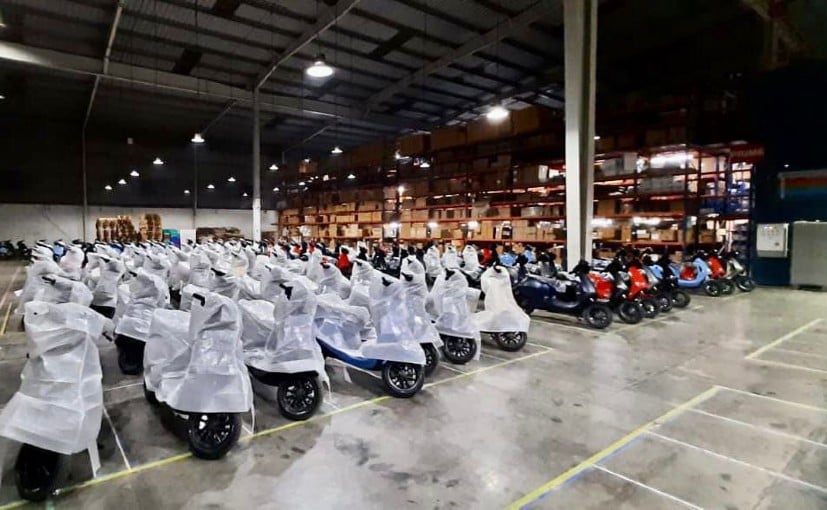 Ola has improved its production figures to meet growing demand

The Bharat Express News - January 27, 2022 0
Astronomers have discovered a "really strange" object 4,000 light-years from Earth, according to a study published Wednesday in Nature. The object disappears from...