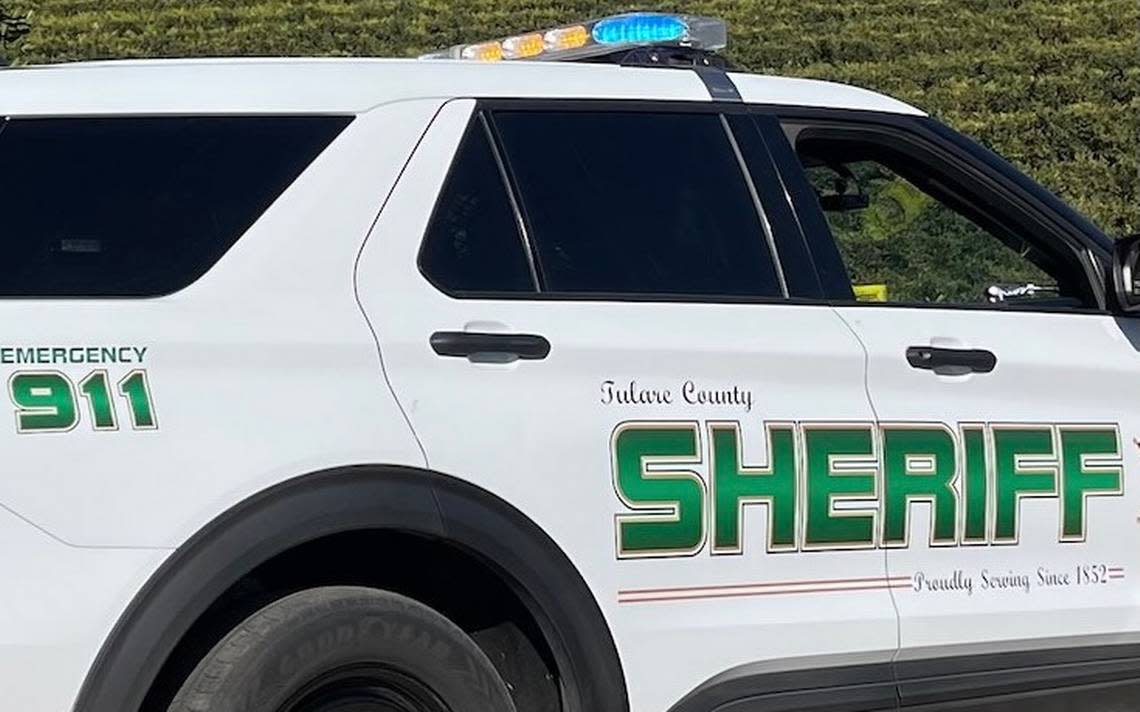 A Santa Clara man who wanted to kill someone tried to get police and other cars off the road before eventually crashing into a vehicle and killing one person, Tulare County deputies said Sunday.

The California Highway Patrol issued a “beware” warning for a white Ford pickup in the Porterville area around 2:45 a.m. The driver, identified as Samuel Hunter, 33, erratically drove on the wrong side of the road and attempted to drive other cars off the highway, according to a Sheriff’s Office press release.

Multiple 911 calls were made by drivers who reported avoiding head-on collisions with the truck, authorities said.

CHP officers found the suspicious vehicle and established a traffic stop, assisted by Tulare County deputies until they gave up the chase in the area of ​​Highway 65 and Teapot Dome Avenue in Porterville.

Officers found the truck again around 3:10 a.m., resumed the pursuit and said they “determined that the suspect was attempting to kill someone or himself using his vehicle.”

The driver attempted to collide with pursuing officers and hit a deputy with a nail strip, according to the Sheriff’s Office. The driver was able to continue south on Highway 65 toward Terra Bella.

Another driver heading north drove onto the berm and stopped on the side of the road. The suspect then turned his vehicle toward the parked car and deliberately rammed into it, the release said.

The person in the parked car died as a result of the collision. Their identities have not been released.

Hunter, combative and non-compliant, was taken into custody after a Taser was deployed, deputies said. He was admitted to the South County Jail Facility and held without bail.

The Sheriff’s Homicide detectives are investigating the incident. The Sheriff’s Office asks witnesses to contact Det. Mike Torres of Det. Nick Sandoval at 559-733-6218 or by calling or texting 559-725-4194.