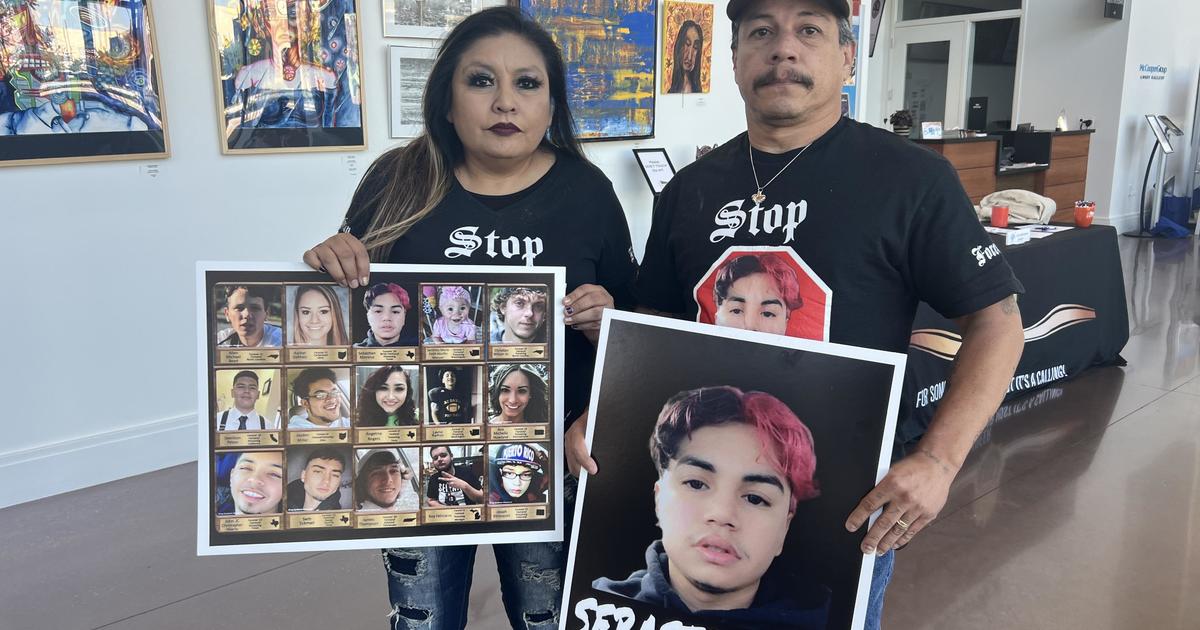 DALLAS (TBEN) — “One Pill Can Kill” – that’s the message from the Drug Enforcement Administration as the agency continues to warn the public about the dangers of opioids, especially fentanyl.

The DEA held a press conference Thursday along with several US attorneys to spread the word in hopes of reducing demand for the potentially deadly drug.

“Our DEA special agents and task force officers and intelligence analysts work relentlessly to identify criminal networks operating in our neighborhoods, from the street dealer responding to a social media request to the transportation and distribution cells that ship tens of thousands of pills to the ultimate cartel. bring. bosses who work internationally,” said Eduardo Chavez, DEA Special Agent in Charge.

Earlier this year, 1.2 million fentanyl pills were seized across the country in four months, according to the agency.

“Counterfeit pills containing fentanyl and the organizations trafficking them have been identified in every corner of North Texas,” Chavez added.

Fentanyl can be manufactured to look like regular pills in many different colors and shapes.

According to the DEA, fentanyl is often manufactured in China. The country has placed fentanyl, analogs and precursors under government regulation, but the DEA says these laws have not slowed production of the drug.

The fentanyl is then shipped to Mexico where it is pressed into pills and brought here by drug cartels.

There are two cartels that are the main culprits: the Sinaloa Cartel and the Cartel de Jalisco Nueva Generacion.

“If you make this stuff, or worse, buy it from a source you don’t know, and sell it to somebody and they take it and die — and we can prove those things — my office will prosecute you for that and you’ll be in jail for a long time,” said Chad Meacham, the U.S. Attorney for the Northern District of Texas.

The drug has ripped families apart in North Texas.

“It’s the hardest thing for me and my family to go through,” said Ofie Moreno, who lost her son Sebastian in February this year. “It’s just been awful for the past few months.”

“She wasn’t going to die that day, she was my best friend, she was my mini-me,” said Misty Little, who lost her daughter to fentanyl poisoning.

“She had a very beautiful heart, she was very kind,” said Danile Alvarado, who lost his daughter Angelina Rodgers to the drug.

The DEA is urging parents to talk to their children about this crisis and teach them not to take pills they weren’t prescribed.

“I strongly recommend everyone get an annual mental health checkup, make sure they have someone to talk to…Parents shouldn’t think it won’t happen to them,” said Kathy O’Keefe, who lost her son in 2010 to an accidental drug overdose.

“Talk to your kids, you know, never stop talking about them, never stop warning them,” Moreno added.

These parents speak out about this danger so that other parents and families don’t have to experience this pain.

“We are advocating and trying to raise awareness so that this doesn’t happen to someone else’s child,” parent Christina Pena added.

For more information about this epidemic, please visit the DEA’s website.

Nick Starling joins CBS11 from KSHB-TV in Kansas City, Missouri, where he was a reporter for more than three years. Before that, he reported in Omaha, Washington DC, Lincoln and in central Nebraska.