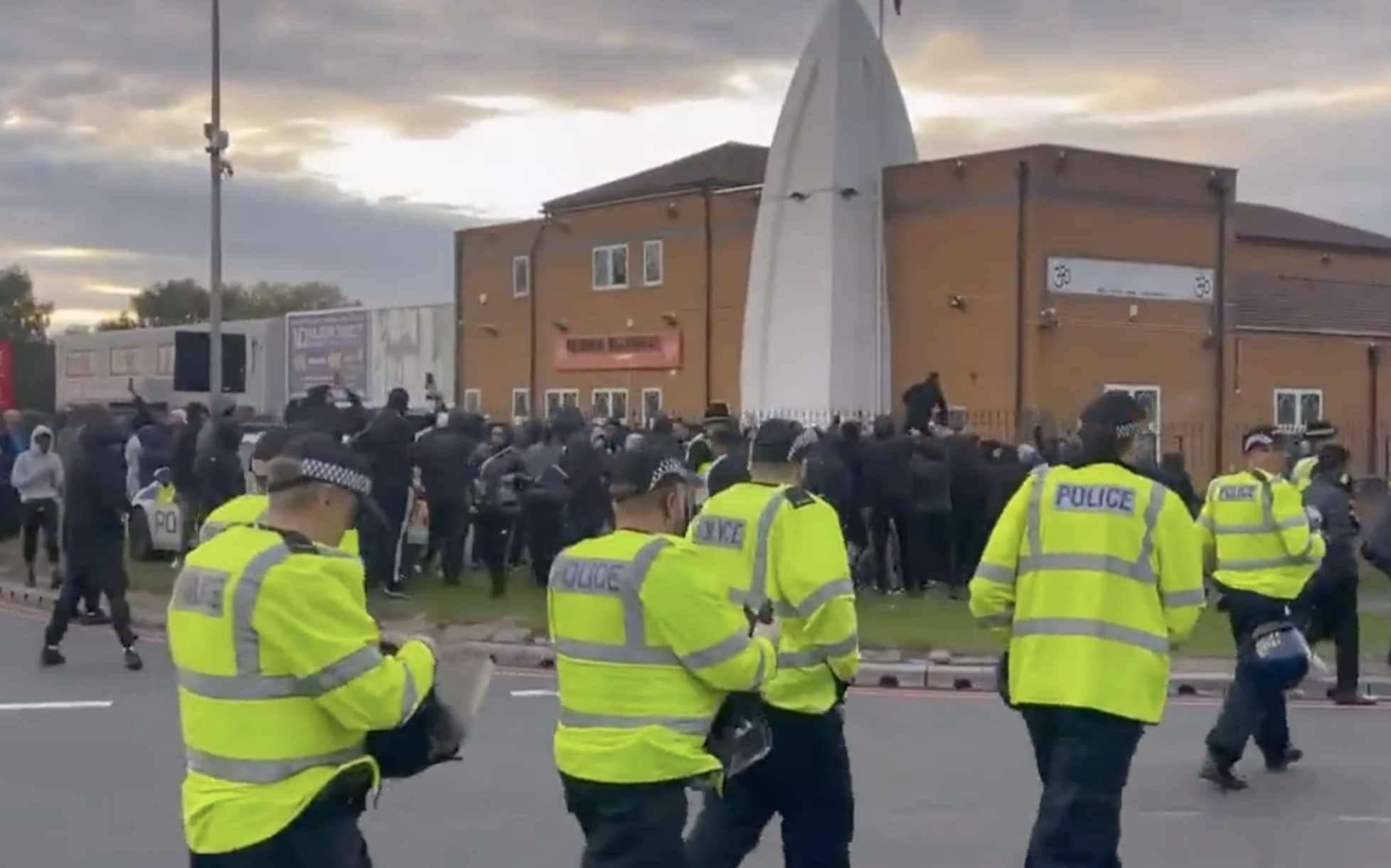 He added: “My personal view is that if we’re not careful it will spread all over Britain wherever there are South Asian communities.”

A member of the Sikh community in Leicester, who declined to be named, said many of those causing the violence and unrest were from outside the city, from Birmingham, Luton and Bradford.

“There are a lot of young people behind it, who use social media to settle scores,” he said. “People in Leicester are afraid to go out at night, especially after dark.”

Community leaders on both sides have confirmed that clashes in Smethwick have begun after rumors that an extremist Hindu speaker from the subcontinent would address a rally at the Durga Bhawan Center on Tuesday night.

Hindu faith leaders joined forces with their Muslim counterparts on Tuesday afternoon, issuing a statement calling for calm and pointing out that the speaker, Ritambra Bibi, was not a nationalist extremist but a religious thinker and charity worker.

Despite her speaking tour being canceled due to ill health and since she returned to India, a number of ‘troublemakers’ had already gathered in the center and attempts were made to storm the building.

On Wednesday evening, faith leaders continued their efforts to restore calm and urged the community to prevent a repeat of the violent scenes.

Ashvani Kumar, an administrator of the Durga Bhawan Center, said: “Inter-faith leaders, Sikhs, Hindus, Muslims and Christians were talking to people and eventually only a few 100 troublemakers showed up.

“Some may even be from Leicester. We’re now trying to make sure this doesn’t happen again.”

Mazhar Mohammed, chairman of the trustees of Jamia Masjid, Smethwick’s largest mosque, added: “Some local youths said they would not accept an extremist Hindu speaker who intimidated local Muslims. People of this mosque tried to calm the situation.

“We hope this doesn’t happen again. We have lived peacefully together in this city for many years and these tensions have been created overseas by right-wing extremists and transferred to the UK.”