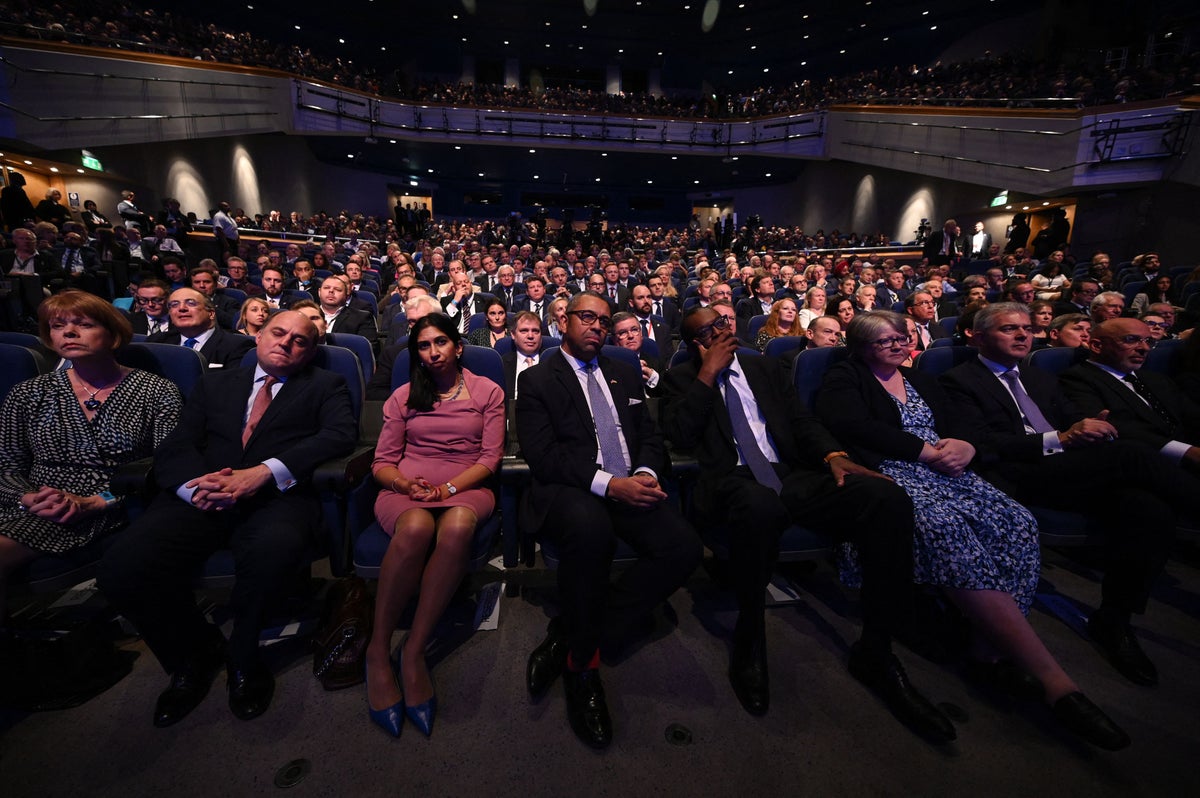 Sign up for our Brexit email for the latest insight

It was probably nothing more than vain curiosity and the desire to know what the enemy thinks led me to the… ConservativeHome website. But once I got there, the need to keep quiet as I waded through the bulletin boards proved a challenge too far.

So, with a mischievous grin on my face, I took on the persona of a splenetic hard-right lunatic and set out to amuse myself.

An early attempt to contribute to the great education debate in the country gave me a chance to test the waters: “I don’t think we should spend too much money on education,” I suggested. “Education just makes people more argumentative and gives them the wrong idea of ​​what life has to offer.” Isn’t that a bit clear? I asked myself. We don’t want to give the game away too early. But I needn’t have worried.

“It’s not that education makes voters more left-wing,” suggested one respondent. “It’s that more left-wing people are more likely to go to college.” Is that correct? I never thought of that: Are all those apple-cheeked 18-year-olds left-wing?

Other correspondents were more supportive: “Maybe there’s something in what you say,” one reader helpfully suggested. “By spending money on education, Conservatives are ultimately funding Labor voters, and why should they?” And he concluded with a reassuring “good point, well made”.

There was nothing left about the reactions I got when the subject of tax havens came up. Speaking on behalf of those with “a few pounds to stash somewhere safe from the prying eyes of the authorities”, I prayed a prayer of thanks that “Boris got us out of the European Union before they got their hands on the Cayman Islands”. When a response me reprimanded for my alleged “greed and selfishness outweigh” [my] patriotism and duty to society,” others jumped in my defense.

“Nonsense,” exclaimed one of my new companions, “everyone has the right to do with his money as he pleases”, adding that attacking greed and selfishness “was virtually socialism, that people’s money did not belong to me.” theirs and that it belongs to the state.” ”.

By now, I was beginning to see that these conservatives enjoy a good ruck. Or maybe they just don’t like each other. Anyway, I thought it was time to pay tribute to the Daily mail for “their insightful story on the budget,” announced two weeks earlier, with the headline “Finally! A True Tory Budget.” And I added, “Proud to be a Conservative.”

A huge fight ensued over Kwasi Kwarteng’s now-demolished confection, with a shrill contributor announcing that ‘it was the right budget. The deep state and liberal institutions have responded in a way that surprised even me.” Another disagreed: “Repeating poppycock doesn’t validate it.” A little cheeky, I thought. But so are they.

Time for something we can all agree on, I thought. “Reassure me,” I asked my new friends, “are we still selling Channel 4?” Again, opinions were divided. “I hope so,” replied one enthusiast, adding: “I also hope the TBEN license review results in a subscription service.”

Others were less optimistic. “I doubt it,” someone replied. “Hunt needs all the support from the wet liberal left for his new socialist economic policies he can get,” adding: “The TBEN can rest assured that their expense paid soya lattes [sic] to be continued.” Biting stuff, if a little off topic.

Clearly it was now time to look to the future and welcome our new Prime Minister: “I must admit that I did not feel Mr. Sunak very warmly,” I explained, “until I learned about the very astute manner in which he had secretly diverted government money for underprivileged communities to benefit the deserving people of Tunbridge Wells.”

ALSO READ  Why did Russia invade Ukraine and what could happen next?

Fortunately, there was an immediate agreement: “Taxpayers in Tunbridge Wells should expect their taxes to be spent where they live,” replied a sincere soul, adding, “and not in Labour’s ‘poor’ client states in the North and Midlands. ” Oh dear! What happened to our buddies in the red wall?

But there was more to come. “It should be northerners and midlanders paying for their deprived areas, not the people of the southeast.” This was too rich a concoction for a brave dissident: “But didn’t they vote for Tory on the promise to level up?” But again the answer was unequivocal: “How exactly was/will the government upgrade the low-skilled people who have failed in life?”

Suspecting I would be one of the last, I felt it was time to find common ground. We all agree that “leaving the EU has cost this country £200 billion or 4% of GDP”, I suggested – a little provocatively – but we would all be better off “taking certain facts for ourselves.” I added that “leaving the cat out of the bag at a time like this can only undermine the whole thrust of government policy”.

Unfortunately, this thoughtful advice only seemed to fuel the situation, and suddenly everyone had an opinion. “This is nothing short of outrageous,” one writer replied supportively, while another revealed “in 20 years or so we’ll know if Brexit was beneficial or not”. I thought we shouldn’t admit that? Oh well.

Meanwhile, other minds were unwilling to turn around: One respondent berated “the way Leave voters have been treated by the ruling class” adding: “If ‘rejoin’ ever happens again, I predict decades to come. of bitterness, division, political instability and civil unrest; and possibly even terrorist violence or civil war.” It’s so confusing: When people say ‘ruling class’, I think of Jacob Rees-Mogg. What has he done to leave voters like this? to speak?

But there were other hypothetical considerations: a return to the EU, according to one sober writer, would convince people that “their democratic rights had been taken away by the ruling classes, and [that] they lived under the boot of a hostile foreign power.” And they added: “Ultimately, it is irrelevant whether Brexit is a success or not. We have left, and only a madman would take us back.”

Bitterness, division, political instability? Nobody would want that. I felt it might be time to leave. When a sharp-eyed writer suggested that in their eyes there were people on this website who might not be quite what they seem, I had to agree: “If you can’t take someone’s words at face value,” I inquired, “Where is the world coming to?”

But it was one calamity too much for the tolerant people at ConservativeHome, and I found myself blocked, with half of my messages deleted. Why only half, I have no idea, but the result is a whole series of raging discussions on the site, half for no apparent reason. Reader, that trigger was me, and it was a lot of fun too.

As for the rumble, I wrote to the site to complain (“as a red-blooded conservative”) about the ubiquity of “cancel culture”, of which I was now apparently an innocent victim. They didn’t answer. But I’ll be back.